A. Sutherland  - AncientPages.com - During the long course of their Empire (650 BC – 400 AD), the Romans worshipped many deities. They had gods everywhere and for almost every possible situation and action.

In Roman mythology, Cloacina was a goddess who presided over the sewer system in ancient Rome and drained the waste of the city. 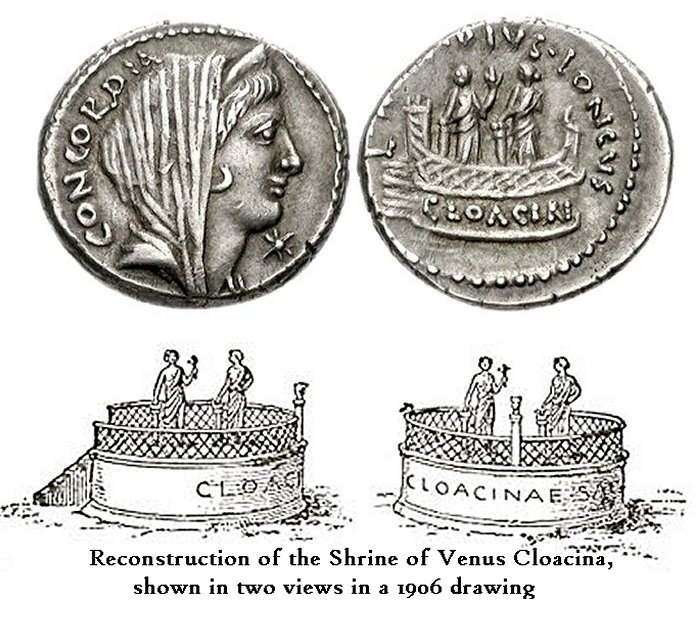 She was responsible for the system’s smooth operation and patronized the workers who served the sewer. In a city as large as Rome, sewer problems were considered as a big trouble.

In ancient Rome, considerable importance was attached to Cloacina who was identified with Venus. A coin was minted in honor of Cloacina, whose statue still exists in Rome. Besides, a small, round, stone sanctuary was dedicated to the goddess.

The Sacrum Cloacina as it appeared in August 2012. Source

In Roman mythology, we usually associate the goddess Venus with love, desire, sex, fertility, prosperity, and victory. Like other major Roman deities, Venus had several epithets that referred to her different cult aspects.

One of these epithets was Venus Cloacina ("Venus the Purifier"), a combination of Venus with Cloacina, a water goddess that likely had its origin in the Etruscan mythology. The Romans adopted her to their pantheon that apart from well-known mythological figures also included innumerable lesser gods.

Originally, Cloacina (‘cloaca’) in Latin means ‘sewer’ or ‘drain’. This goddess took care of the efficiency of sanitary facilities, and prevented a repeat of a severe flood of the city, and looked after Roman sewers.

She drained the Forum and its environments and had responsibility for the famous Roman Cloaca Maxima (the Great Sewer), the main underground channel, one of the oldest existing monuments of Roman engineering,  that was removing the waste from the city. 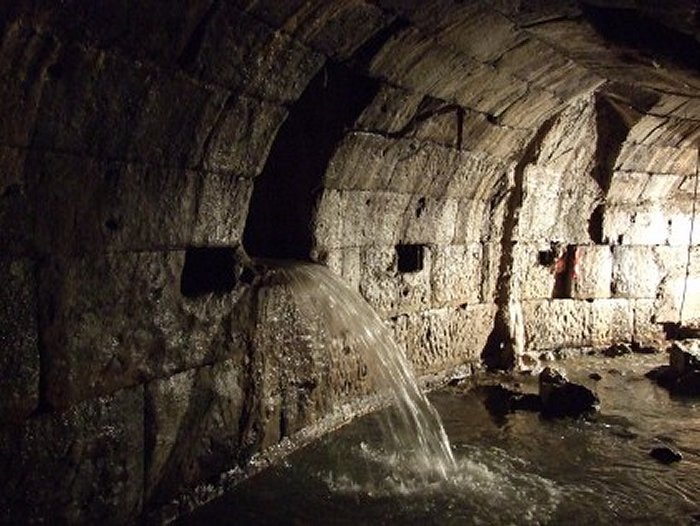 A section of the Cloaca Maxima the oldest functioning sewer collector in Rome. source

Cloaca Maxima, built under Tarquin The Proud (7th-6th century BC), which was originally located between the Capitoline Hill and Palatine Hill.

When the sewer pipes were accidentally clogged or discharged sewage, the inhabitants of Rome, asked Cloacina for help often raised prayers for her. However, in the meantime, people wanted to have a job done as soon as possible, so they did not wait for the goddess’s intervention. They repaired the damage by themselves.

Abundantia: Roman Goddess Who Was Shaking Her Gifts From Cornucopia – ‘Horn Of Plenty’

Just above the outfall of the Cloaca Maxima, the goddess had an ancient shrine decorated with a statue of Venus. Thus, the goddess Cloacina was simultaneously the deity of sewage and the goddess of beauty.

Pliny the Elder (23 -79 CE), a Roman naturalist, natural philosopher, and author of the famous 'Natural History,' made his comments on Rome’s sewage system, saying that “sometimes water from the Tiber flows backward and makes its way up the sewers. Then the powerful flood-waters clash head-on in the confined space, but the unyielding structure holds firm.”

However, Pliny was not able to explain why the Romans combined a goddess of sewers with a goddess of love, beauty, pleasure, and purity.

By combining Venus with Cloacina, perhaps the ancient Romans wanted to say how important and honored was Cloacina, the patroness of the drainage system that made the existence of Forum possible. As we know, the Forum served as a public area with commercial, religious, economic, political, legal, and social activities.

The History of Sanitary Sewers