A. Sutherland  - AncientPages.com - In his great work “Histories”, Herodotus mentions an interesting historical event that took place in 529 BC when Cyrus the Great II, the Elder (about 590 - 529 BC) - King of Persia from the Achaemenid dynasty - died. 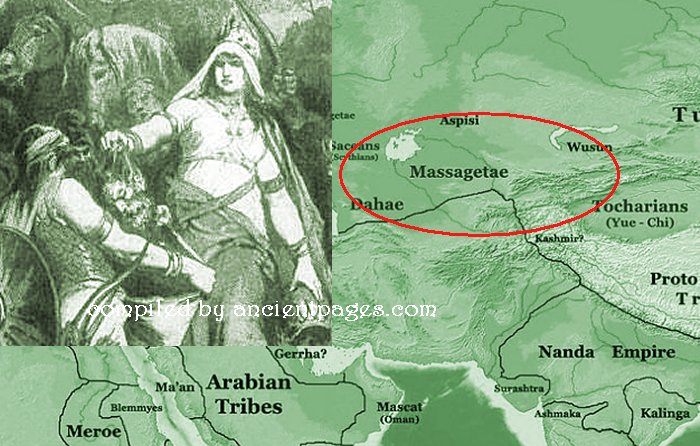 Known from the records of Herodotus, the Massagetae crashed a huge army of Persians, then, they captured the king himself, put him to death, and publicly humiliated him.

How did the incident so pathetic for the ruler of Persia Cyrus the Great happen?

It turns out that Cyrus II was continuously victorious until he attacked the Massagetae people, who under Queen Tomyris quickly ended the life story of this great historical figure.

Who Were These Extraordinary, Brave Massageteans?

The Massagetae (or Massageteans) is a shared name used by ancient sources to describe the Central Asian nomadic and semi-nomadic tribes in the descriptions of the Scythians. Under the name of the Scythians, there are most likely included many related tribes.

The most numerous of them were the Massagetae, whose Herodotus described in "The Histories".

"The people of this is [union of Massagetae] are numerous and warlike, live in the east on the other side of the river Arax (apparently, the Syr Darya )... For clothing and lifestyle massagets - like the Scythians. They fought on horseback and on foot. Know both methods of war, fighting with bows and spears, and usually armed with axes.

All their items out of their gold and copper ... they do not sow, feeding pets and fish, which deliver them in abundance Arax River. Milk is what they chiefly drink …The only god they worship is the sun…"

The culture of the Massageteans was closely connected with the Scythians, who were pastoralists, skilled horsemen, and archers, also occupied by breeding horses, cattle, sheep, and cattle. The Massagetae inhabited the steppes of Central Asia, northeast of the Caspian Sea in modern Turkmenistan, western Uzbekistan, and southern Kazakhstan. Their original language is still little-known but it is assumed they spoke one of the Iranian languages. 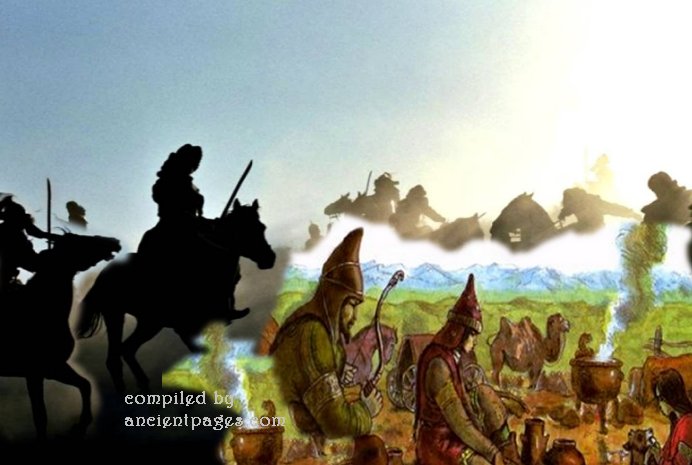 As to the origin of the Massageteans, there has been much debate among scholars, and numerous hypotheses exist about their identity and ethnic background.

Some have identified them with the Getae, a Thracian tribe inhabiting the Black Sea region of ancient Eastern Europe and others linked them with the Gutians (or Guteans), a nomadic tribe from northern and central ranges of the Zagros Mountains (now Iran) during ancient times. By many, the Massagetae are considered to be a Scythian race.

However, all these theories are not widely accepted.

The Massagetae were said to be a great, strong, and warlike nation. When Cyrus, whose reign lasted approx. thirty years had achieved the conquest of the Babylonians, he simply wanted more. He focused on campaigns in the east.

He did not want to start a risky or daring journey to Egypt.) He led a new expedition, which resulted in major campaigns to subdue the provinces of Central Asia. Finally, he had to confront the Massagetae and bring them under his powerful dominion.

Herodotus writes “Cyrus advanced a day's journey into Massagetan territory from the Araxes...”

Cyrus laid a trap by leaving his camp vulnerable “leaving the worthless portion of his army in the camp, drew off with his good troops towards the river.

Soon afterward, a detachment of the Massagetai, one-third of their entire army, led by Spargapises, son of the queen Tomyris, coming up, fell upon the body which had been left behind by Cyrus, and on their resistance put them to the sword. Then, seeing the banquet prepared, they sat down and began to feast. When they had eaten and drunk their fill, and were now sunk in sleep, the Persians under Cyrus arrived…” 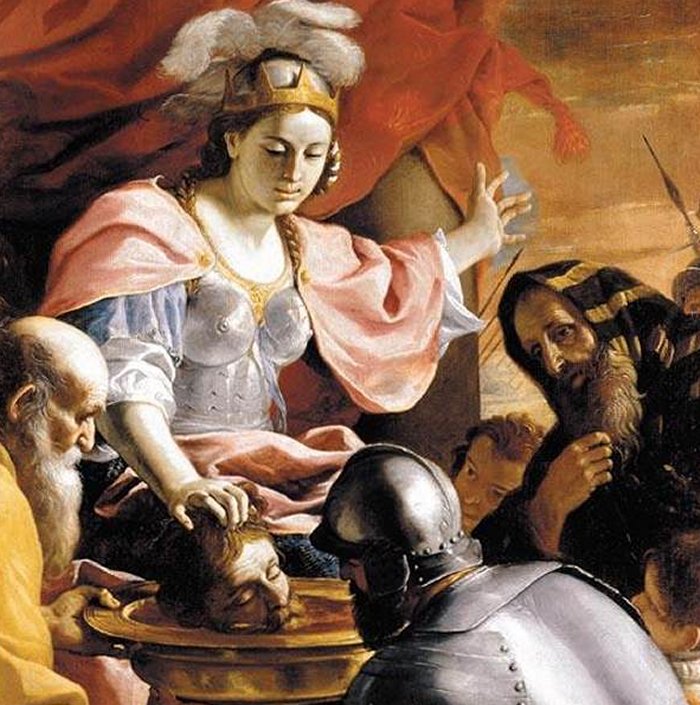 Queen Tomyris of the Massagetae receiving the head of Cyrus the Great. 1670-1672 painting. source

Many of the Massagetae were killed, but even more taken prisoner, including Queen Tomyris's son, who was the commander of the army and whose name was Spargapises.” (“Histories”, 1.211)

During a short period of imprisonment, Spargapises realized his army's and his own careless mistakes. He begged Cyrus for freedom and he was granted it. Once free, Spargapises committed suicide, perhaps in shame, humiliation, or to avoid capture.

Spargapises' mother, Tomyris, was furious; she gathered all her forces and engaged Cyrus in battle. It was hard and long fighting. The Massagetae destroyed Cyrus' army and killed the Persian king.

On the other hand, in ‘Stratagems in War’, Polyenus, a 2nd-century AD Macedonian author, writes:

“When Cyrus advanced against the Massagetae, Tomyris their queen retreated before him. The Persian army, closely pursuing her, entered and plundered her camp. There, they found a great quantity of wine and all sorts of provisions; on which they indulged immoderately, reveling throughout the night as if they had obtained a victory. In that situation, Tomyris attacked them, and cut them to pieces, while they were partly buried in sleep, and partly so drenched with wine, and surfeited with banqueting, that they could scarcely stand upright; and Cyrus himself was slain...”