A.Sutherland  - AncientPages.com - Unkulunkulu is the Supreme Being and creator god in the mythology of the Zulu and Ndebele people in southern Africa.

There was a common belief that Unkulunkulu grew on a reed and this great event, which was crucial for the planet happened in a vast primordial swamp of Uhlanga (Uthlanga). 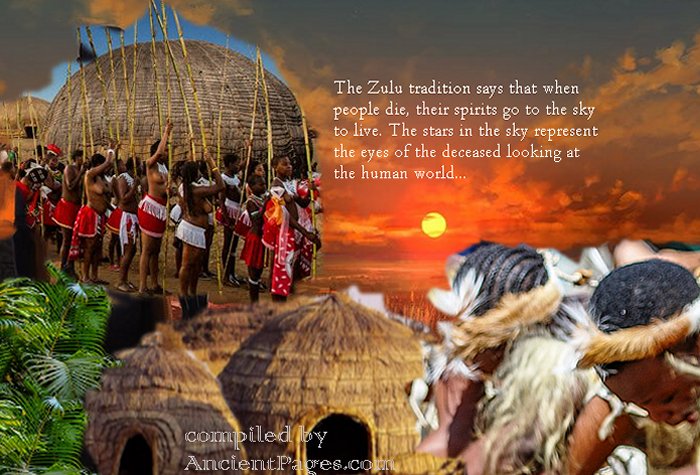 In the Zulu beliefs, Uhlanga a mythical place mentioned in myths and legends that have been passed down from generation to generation.

In the Zulu creation myth, Unkulunkulu created all things. He was born from a tree trunk but it took a long time before he could create any life.  He is considered the first man as well as the parent of all Zulu. He taught the Zulu how to make fire with sticks, how to hunt, and how to cultivate grain and grow food.

After he became fully grown, he began to create, mountains, streams, valleys, the sun, and the moon. Then, he pulled all the other men and women from the reeds as well as cattle, birds, fish, and all other living creatures.

He is also said to have created the social order in the world.

Punished By Throwing From The Sky

In one version of his story, the Zulus relate how a young man, the High God’s son was expelled from heaven because he had stolen the god’s favorite white cow, he was thrown through a hole in the sky and descended to earth by a magical cord which was tied around his waist. 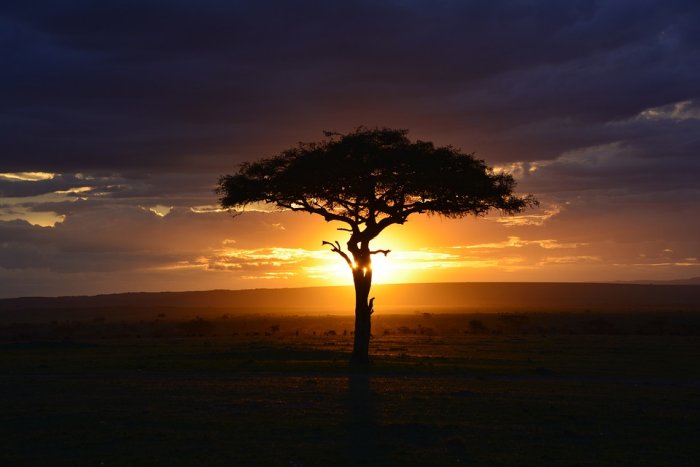 After a month, the High God took pity on his son he punished. He decided to send him a wife, by the same means. After, she descended to earth; he drew up the magical cord, closing the hole in heavens.

His son became the first king of the Zulus, and after him, all the Zulu rulers possessed the ability to control rain.

The weather is important in many other mythologies of both the African continent and around the world.  Among the Yoruba, their greatest and most powerful warrior-king, Shango had authority to control thunder and rain, after hanging himself on a tree and ascending to heaven. After Shango’s death, his wife who was a lake Oja obtained much more power and became the river Niger.

Sometimes Unkulunkulu is called Ukqili (The Wise One) and as a chief god of the Zulu pantheon, he masters the lightning. When lightning strikes a cow, it is assumed that Ukqili is hungry, and the dead animal becomes a sacrifice. After all, all cattle belong to him; they are his gift to humans.

Shaka Zulu: African Hero And One Of Greatest Military Leaders Of All Time

Africa’s Secrets: Unsolved Mystery Of Gedi Ruins Protected By The ‘Old Ones’ – Why Did People Leave?

Unkulunkulu was the first to appear after Umvelinqangi described as the inner light of creation, and as such, Umvelinqangi lacks personification, but he is above the top of the Zulu pantheon of the deities.

He created the primeval reeds and it happened when he came down to Earth one day and suddenly he was startled by seeing a very beautiful swamp. He was so much in love that he married the Marsh Goddess Uthlanga and the two of them lived there.

This swamp became the place of birth of Unkulunkulu.

Unkulunkulu And The Origin Of Death

Unkulunkulu sent a chameleon Unwaba with the message to people of this planet that when they died, they would be reborn.

Apparently, Unwaba was not very efficient messenger because he was very slow on his way to the people. As a result, Unkulunkulu sent a lizard with a second message: “Death would be the end, and people would not be reborn.”

The message of death was quickly delivered by the lizard.

Not knowing what death was, the people easily accepted it. Finally, also the first messenger Unwaba arrived but it was too late and the people would not listen to his message.

“Oh, we have accepted the word of the lizard; it has told us the word, “It is said ‘Let men die.’

We cannot hear your word. Through the word of the lizard, men will die,” the people answered.

The message myth is widespread in Africa, though in other parts of the continent, a dog or a sheep may act as the messenger.

The Zulu tradition says that when people die, their spirits go to the sky to live. The stars in the sky represent the eyes of the deceased looking at the human world.