Ellen Lloyd - AncientPages.com - Like all other Native American tribes, the Iroquois have a myth that explains why there is both good and evil in this world.

It’s a tale about Sky goddess who must find out who killed her daughter. It’s a story about how jealousy can destroy anything that is beautiful and precious on our planet.

There are slightly different versions of the myth, but basically it begins when the Sky Goddess descends to Earth and gives birth to a daughter, Tekawerahkwa. 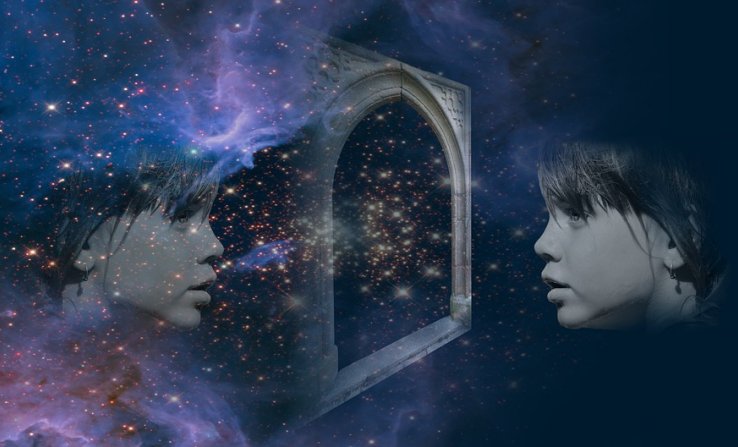 When Tekawerahkwa is older, she falls in love with a powerful force named West Wind. The couple marries and has two children. These are the twin sons named Good and Evil. The boys are very different, not only in appearance but also in nature.

They boy Good, sometimes also called Sapling, is a child with soft skin who treats his mother with respect, affection, and love. He doesn’t cause her any troubles, but her other son, Evil is difficult to handle. Evil who is dark-skinned is a troublesome child. Evil whose name is also Flint was so impatient to be born that instead of being born naturally he forced his way out of his mother’s side using his sharp, flint-like head. During this unusual birth process, he killed his mother.

Legend Of The Sun And Moon In Cherokee Beliefs

When the Sky Goddess learned of her daughter’s death, she was deeply saddened and decided to find out how her child died. She took her daughter’s head and placed it in the sky. This is according to the  Iroquois the story of how the Moon was born.

To learn the truth about what happened to her daughter, the Sky Goddess confronts the twins Evil and Good. Evil blams Good for the death and the Sky Goddess banishes her grandchild. Fortunately, the innocent child is saved by his Grandfather Sky who knows Good has been falsely accused. 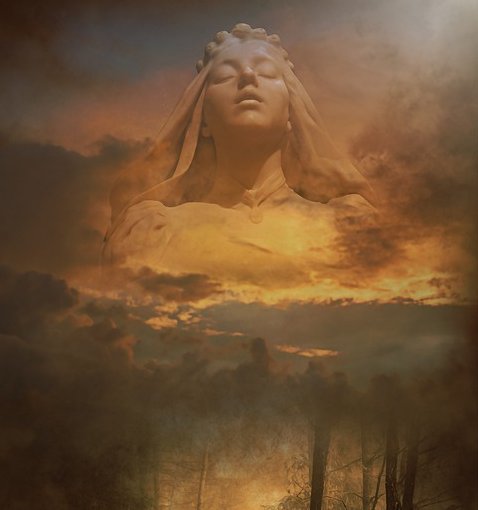 The sky goddess wanst to know who killed her daughter. Credit: Public Domain

Good is taught by his grandfather how to create beauty and in time he gains complete control over the creation.

When his twin brother Evil sees all the beautiful things his brother has created he becomes jealous and decides to destroy every creation. Evil watches Good’s marvelous trees and plants bearing fruits and he cerates poisonous plants with fruits.

When Evil sees the wonderful clean rivers his twin brother created, he creates rapids in those rives. Evil doesn’t stop there. He continues with the creation of hurricanes, tornadoes, massive storms, and everything else that can destroy all beautiful things Good took time to produce. Eventually, the two twin brothers face each other in a decisive battle.

Good wins the battle and Evil ends up imprisoned underground.