Conny Waters - AncientPages.com - Native Americans are famous for their long hair and there is a reason why they let it grow. To Native Americans, hair is of special spiritual significance.

Though the meaning of the hair varies among the tribes, it is nevertheless very important not to cut it. Hairstyles among the tribes can be different and hair can be loose, braided, or worn in a knot. Wearing long hair is much more than a tradition. Native Americans deeply believe hair is a source of strength and power. Hair is considered to be an extension of the soul and a way of having a union with the infinite. By cutting your hair, you lose a small part of your relationship with yourself. 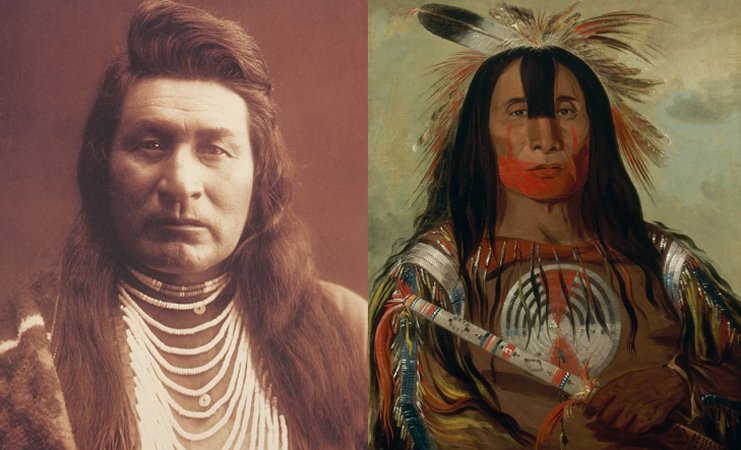 Many cultures, not only native Americans see hair as something very precious. “hair has so often been thought of as containing the essence of individuality and personhood; a lock of hair can serve as a synecdoche for the body whence it came, possessing in the eye, or rather fingers, of the beholder stronger representational power than, for example, a painted portrait. It is for this reason not surprising that the growing, grooming, cutting, shaving or losing of hair – on the body and head – were often associated with transformative life experiences, with rites and rituals, and with the marking of cultural difference.” 1

Tribes have different teachings about the value of hair, but children are taught they shouldn’t cut their hair unless they have experienced a significant loss. This could be the death of a loved one, a traumatic event or something else that changed one’s life dramatically.

When someone passed away, there is a custom to take a lock of the beloved dead, covering in pretty clothing, something it was supposed that he or she would like to wear if living.

“This “spirit bundle,” as it was called, was suspended from a tripod, and occupied a place of honor in the lodge. At every meal time, a dish of food was placed under it, and some person of the same sex and age as the one who once was must afterward be invited in to partake of the food. At the end of a year from the time  of death, the relatives made a public feast and gave away the clothing and other gifts, while the lock of hair was interred with appropriate ceremonies.” 2

In modern times it happens far too often that Native Americans are bullied and discriminated for wearing long hair. According to L.G. Moses, a professor at Oklahoma State University government officials in the 1800s tried to force native Americans to be more like settlers. This was done by forcing youngsters and adults to cut their hair. The argument was that long hair was symbolizing a wild, uncivilized person.

This practice is still alive and there are many modern schools, prisons and some workplaces where Native Americans are not allowed to keep their long hair. They must simply cut it. Native Americans consider this discrimination, and some had the courage to resist the pressure to cut the hair. In many cases, natives were forced to take legal action to fight for their rights.