A. Sutherland  - AncientPages.com - Irish folklore and mythology are full of fascinating heroes, gods, goddesses, ugly creatures, and funny figures, which are known all over the world.

Let's take a closer look at a little and controversial relative to the famous leprechaun. 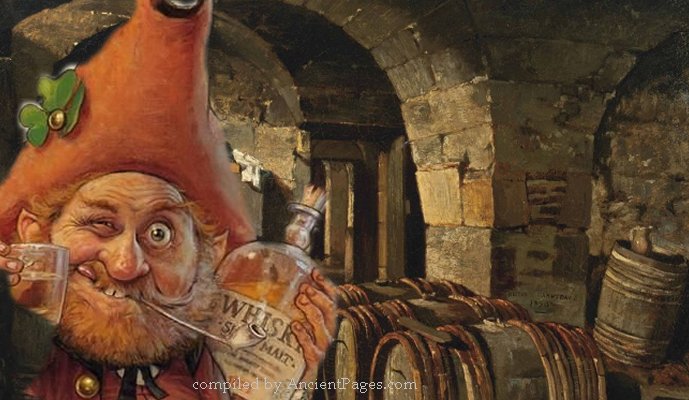 This little fellow, known as Clurichaun (or cluricaun), is considered a cousin and an 'evil image’ of a leprechaun that is known to have inhabited Ireland long before the arrival of the Celts.

Almost always drunk and hostile, the Clurichaun lives a solitary and adventurous life. During night hours, he entertains himself riding sheep and sheepdogs at night as if they were horses.

The clurichaun looks like a little man about six inches in height, with a wrinkled face, twinkling eyes and a nose that is red from heavy drinking.

He wears a red nightcap with golden lace, red suit, a short leather apron, blue stockings, and silver-buckled shoes. He is often depicted with a purse full of silver.

These creatures do not like to work, which is contrary to leprechauns, often assisting a person in small household tasks, and working with shoemaking.

Tradition has it, the clurichaun guards pubs, breweries, and wine-cellars, particularly those belonging to alcoholics. Besides the creature’s love of drinking, he enjoys pipe smoking and spends much time in the wine cellar, which is his favorite place. No intruders are welcomed there, and he chases away anyone who would enter the place to steal a bottle.

His solitary drinking sessions take place in the cellar, where he also works sometimes preventing casks from leaking and keeping wine from turning bad. 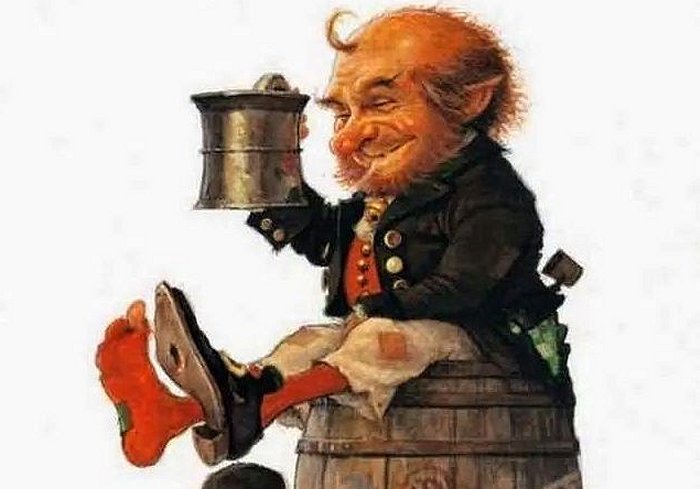 He is hard to get rid of, for if an owner tries to move, the clurichaun will make the owner a company traveling inside a cask. If the maids do not feed him well, this naughty fellow comes out at night and harasses them.

The family tired of the Clurichaun’s existence often decides to pack up and move to another place, but it is pointless, and have the opposite effect.

As soon as they reach their new home, the mischievous creature is already there showing its troublesome nature, ready to spill all your wine and cause much damage in the household disturbing its order and harmony, making noise day and night. 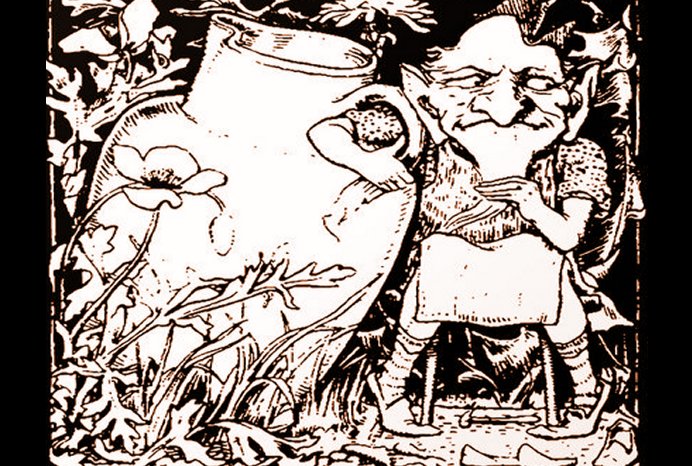 The clurichaun is sometimes portrayed carrying a jug of ale. A representation of a Clurichaun in T. C. Croker's Fairy Legends and Traditions of the South of Ireland. Image source

The Clurichauns are tricksters and jokers but also very loyal creatures. They tend to attach themselves to families, especially the rich ones with the best wine-cellars.

Despite their often troublesome nature, the clurichauns take special care of the family to whom they have attached themselves.

Bane, T. Encyclopedia of Fairies in World Folklore and Mythology