Conny Waters - AncientPages.com - No one knows exactly where the term "Yankee" comes from but in the mid-1700s it was used by the English as an insulting name for the colonists in the American colonies.

The expression possibly derives a Cherokee word "eankke" which has a negative overtone and means "coward", a word that the Cherokees used on the European colonists. 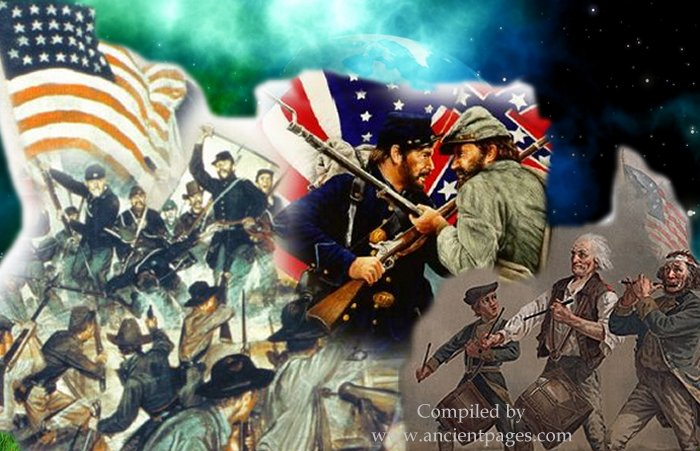 In the rest of the USA, the word had also later a negative meaning. In the U.S. Civil War (1861-65) the inhabitants of Southern talked about the enemy in the north as "Yankees".

Another possible explanation is that the term comes from the Dutch name and nickname "Janke".  The English colonists used to call by this name the Dutch living in the area around today's New York and New Jersey.

The term "Yankee" spread among the Englishmen during the American War of Independence (American Revolution), which was fought 1775-1783.

Even a well-known British song, "Yankee Doodle" originates from this particular period. The U.S. revolutionists assimilated quickly the song which became a sort of anthem for the rest of the war.

It gave them a feeling of being special and certainly better than the British.

Yankee soldiers themselves were proud of the name "Yankee" and after the victory in the American Civil War (1861-1865), "Yankee Doodle" became soon a designation for American soldiers in general.

In a paper upon the origin of ‘Yankee Doodle’, read before the New York historical society, George H. Moore stated the word ‘Yankee’ is pure Dutch. According to Moore the “vocabulary of the early New York Dutch, meant ‘to grumble, snarl, or yelp, and its derivate noun meant ‘a howling cur’.  1

We do know that New York was once called New Amsterdam and it was the capital of New Netherland.

New York’s name history can be traced to a time during the 17th century when Britain, France and the Netherlands all struggled to expand their territories and establish more colonies.

The Basque Name For God Is ‘Yainkoa’ - An Interesting Connection

There are of course some speculations how the New York Dutch got its name, and there are researchers who suggest it came from the Indians. “Peter Martyr says that Sebastian Cabot named the coasts of Newfoundland and thereabouts the land of baccalaos because in the seas he found a multitude of large fish which the natives called by that name. This word ‘baccalaos’ was used by the Basque fishermen, and meant ‘codfish’; and, if the natives used it, it was only after they had learned it from the Basques.

What Is The Avoidance Custom Of The Amish People In Pennsylvania?

Sailors are proverbially profane, and most likely these sailors of the olden time made use of the name of the Deity, much as sailors do at present day. The Basque name for God is ‘Yainkoa’, and no doubt it was frequently used by the fishermen: so frequently indeed, that the Indians called the strangers by it, just as the little urchins of Havre and Dieppe now call the Eglish tourists ‘ Meestaire Goddam’.

The Indians employed the term to indicate a foreigner, and from them, the early colonists learned it. It may afterwards have passed into a word or term of contempt, but it had its origin in the attempt to pronounce the Basque word ‘Yainkoa’. 1

Today, "Yankee Doodle" is not only the official song for the State of Connecticut but it has been widely adopted in the United States and it is often sung in a truly patriotic manner.

The official external radio and television broadcasting service, the Voice of America, which broadcasts by satellite, on FM, AM, and short-wave radio frequencies, begins and ends all broadcasts with the interval signal of "Yankee Doodle"!

It broadcasts in forty-six languages so the "Yankee Doodle" song is heard around the world!