Ellen Lloyd - AncientPages.com - The Native American legend of the salt witch and her deadly encounter with a chief tells how Nebraska's great Salt Basin was formed.

It is a beautiful story of love, sorrow, and a deadly encounter.

The Otoe people of Nebraska tell that there was a Native American chief once a long time who had a lovely wife. The chief was a fierce and courageous warrior who loved his bride very much. Unfortunately, she passed away much too early. His heart was filled with sorrow, and he changed as a man. He could no longer enjoy the company of others and stayed in his teepee for weeks at a time, refusing to come out and speak to members of his tribe. Weeks passed, and the tribe lost patience with him. 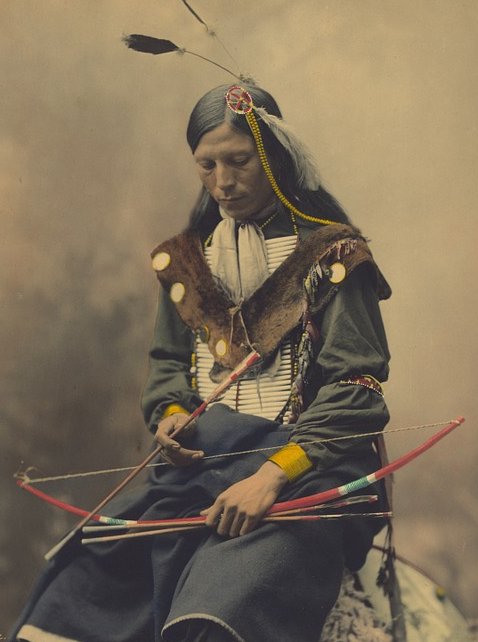 It was impossible to have a chief who refused to communicate and perform his obligations. Many Indians said he was no longer suited to be a leader of their tribe.

Somehow the chief must have overheard what was said behind his back because he suddenly changed. He wanted to prove he was worthy of their trust and respect. One day he suddenly emerged from his teepee dressed as a warrior. Without a word, he strolled toward the west.

No-one knew where the chief was going or if he was ever returning. Then, one month later, he returned with fresh scalps offering evidence he was still a courageous leader, but he also told members of the tribe a disturbing story.

He explained that while being away, he had a very unpleasant experience. "While canoeing down a river at night, he spotted two figures onshore in the moonlight. One screamed, and the young chief paddled closer to investigate. What he saw amazed him. It was two women, an old hag and a young maiden. The old hag was yanking the young woman by the hair, trying to kill her with a tomahawk. The chief paddled as quickly as he could to shore, leaped out of his canoe, and hurried over. As the moonlight fell on the women's faces, he saw the younger one was his dead bride. 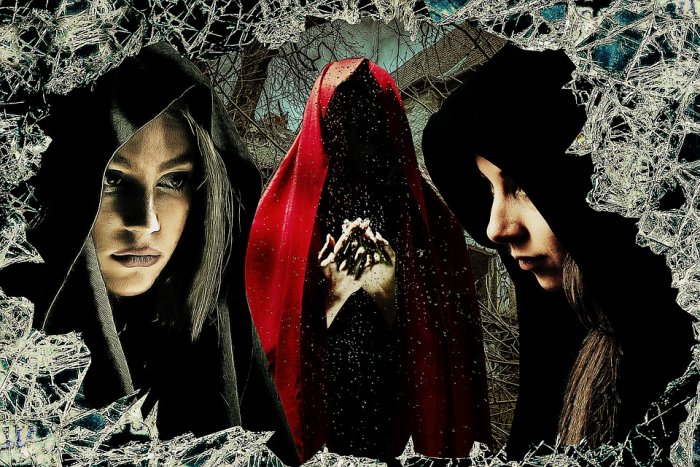 In shock, he raised his tomahawk and hit the old hag on the head. When he did, both women disappeared, leaving a giant pillar of salt behind, and there has been a salt marsh on that part of the land ever since. The chief brought back a piece of salt to prove the truth of his tale, and the Otoe began to gather salt there in order to flavor their meals and preserve their food. Whenever they came to the salt flats, they pounded their clubs on the ground to scare the witch away." 1

The Indians kept the memory of their chief and his scarry encounter alive.

"For years the Indians maintained that the column was under the custody of the Salt Witch, and when they went there to gather salt they would beat the ground with clubs, believing that each blow fell upon her person and kept her from working other evil." 2

2. Charles M. Skinner - Myths And Legends Of Our Own Land