Ellen Lloyd - AncientPages.com - Often called a freak of nature, Okefenokee is as strange as beautiful. Many years ago, one scientist interested in Okefenokee said there is nothing else like it in the world, and that’s a correct assumption because it’s a unique place.

The Okefenokee Swamp covers nearly 700 square miles, almost all of which is in Georgia, and this wonderland is a significant part of North America's heritage. A visit to Okefenokee Swamp gives the impression you made a journey back in time to those days when dinosaurs ruled the world. 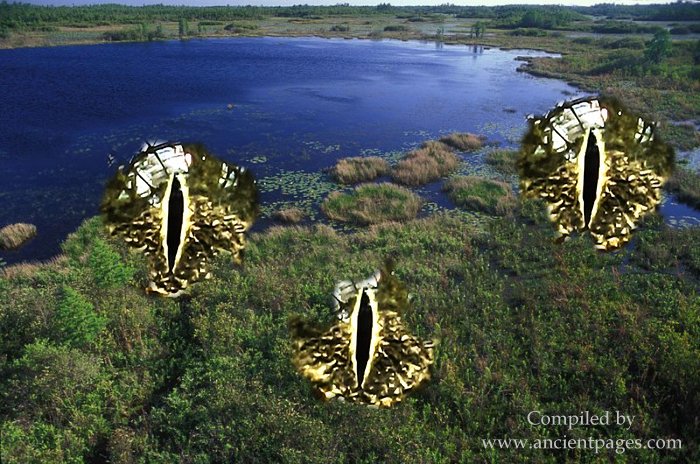 If you decide to visit the Okefenokee Swamp, be careful because dangerous animals are lurking behind the bushes. You can encounter poisonous snakes and alligators. The Okefenokee Swamp is also home to magnificent and rare bird species, as well as several unique species of carnivorous plants.

Dangerous Aerial Beings Are Said To Inhabit The Okefenokee Swamp

Admirers of nature will find Okefenokee Swamp a great place to visit, but this place is also interesting to those who are fascinated with ancient history, myths, legends, and unexplained phenomena.  Seminole Indians knew this place long before white men “rediscovered” it.

The Okefenokee Swamp is a land of rich folklore, medicinal plants, magic and, some strange events. Many Native American legends tell Okefenokee was once inhabited by different mysterious beings we cannot identify. Who were the flying creatures Indians feared so much?

“The warlike Indians of the Creeks and Seminoles have a religious veneration for this immense desert; they say it is inhabited by aerial beings, who interdict the intrusion of an. They have a number of legends connected with its history; that the centre is composed of high land, on which are erected their wigwarms: many aver that they have seen those aerial beings on the confines of their enchanted habitations. Not even one of their warriors would venture among the gloom of its shade, after sun-set, for the best American scalp.” 1

When early geographers explored the place, they described the Okefenokee Swamp as a terrifying bog. Explorers reported hearing spooky noises and wondered what dangerous creatures could be hiding in the marsh. Later, they realized the sounds were caused by dead trees scraping against each other when the wind blew. 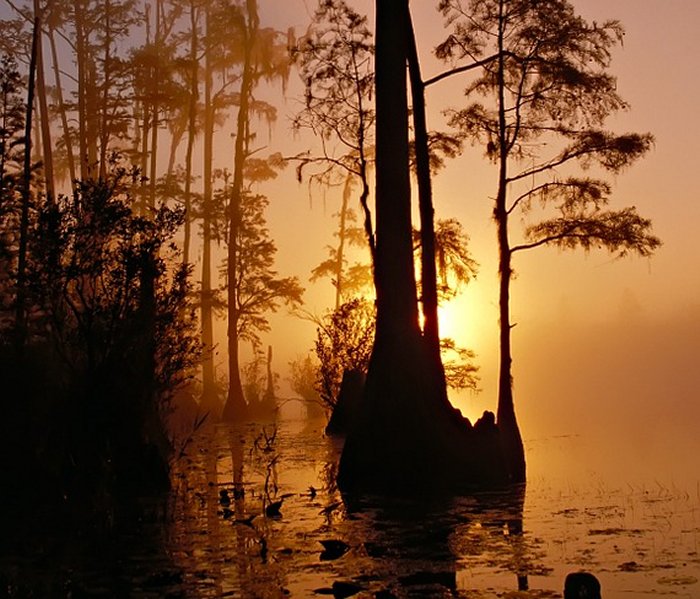 Not everything that happens in the vicinity of the Okefenokee Swamp can be explained by modern science. People have witnessed puzzling unidentified lights that cannot be tracked to any known object, craft, or place. Native Americans tell the Okefenokee Swamp was and still is home to an immortal race. In ancient times, the Spaniards and Indians encountered these mysterious beings in battles, but they could never defeat the immortals.

Bigfoot And Giant Skeletons Around The Okefenokee Swamp

In North American folklore, Bigfoot is described as a hairy, upright-walking, ape-like creature that dwells in the wilderness. According to Milledgeville, Georgia, newspaper, in 1829, two men and a young boy decided to visit the Okefenokee Swamp because they had heard legends about a race of giants who lived in the swamp.  They journeyed into the deep interior of the swamp where they discovered giant tracks. Later, when they returned home, they told locals what they had found a group of hunters went to the place to investigate. There they encountered a giant beast that decapitated five hunters. After a hard struggle, it was killed by the surviving men of the hunting expedition.

“Jim Miles, in his book Weird Georgia, reports that, in 1969, Tom Chesser told the Atlanta Journal-Constitution Sunday Magazine that in the 1920s he unearthed thirteen skeletons for a university professor who had hired him to excavate the mounds.” 2

“According to Chesser, “some of the skeletons were crossed… one on top of the other. Some were face- down. All of them were perfect when they were first discovered. Teeth even still had some glaze on them, but when air struck, it crumbled them. They were giants. Those jawbones would go over my whole face.” 3

Many captivating and unexplained modern sightings of elusive creatures and puzzling lights are still reported. These stories are of course fascinating, but without proper investigations, it’s difficult to determine why people had strange encounters and sighting while visiting Okefenokee Swamp. It’s fair to say that the Okefenokee Swamp remains until this day shrouded in a veil of mystery, charm, and fear.