Conny Waters - AncientPages.com - To discover a magnificent Celtic burial like the Hochdorf chieftain's grave is a dream of every archaeologist.

The Celts lived in large parts of Europe during the Bronze Age and Iron Age, and these intriguing people were skilled craftsmen whose artifacts we can admire today.

One ancient object often mentioned demonstrating the high artistic skills of the Celts is the Gundestrup Cauldron, a magnificent vessel made from richly decorated plates of silver that were assembled into a single cauldron.

However, the place of the discovery of the Gundestrup Cauldron was never inhabited by the Celts. The motifs on the vessel were probably inspired by the cultural exchange between the Thracians and Celts in Bulgaria.

The Hochdorf chieftain's grave in Baden-Württemberg, Germany, offers a unique view of beautiful objects produced by the Celts. 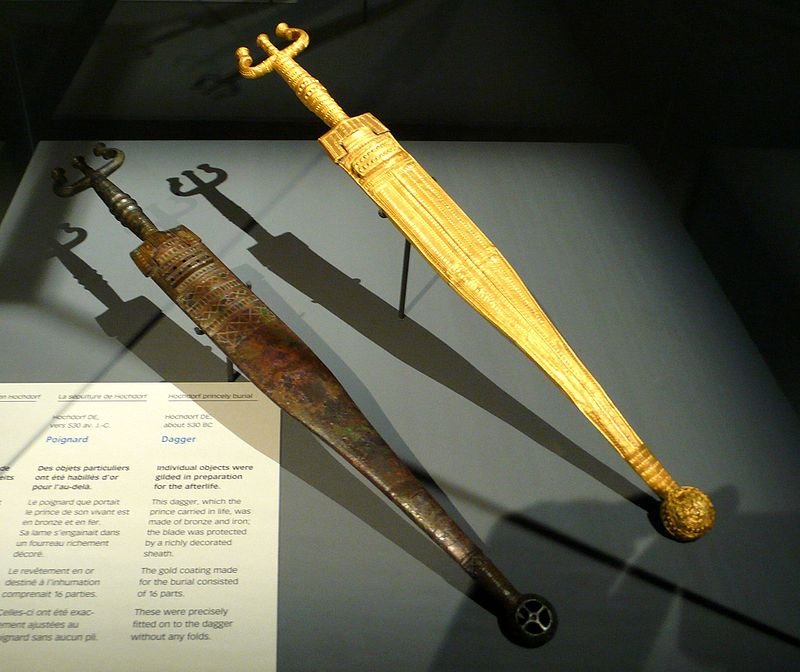 The Celtic Chieftain was given a dagger with gold foil in preparation for the afterlife. Credit: Rosemania, CC BY 2.0

Discovered by an amateur archaeologist in 1968, the tomb is often referred to as the resting place of the Celtic Tutankhamun.

The grave, dating from 530 BC, has been excavated and reconstructed. The 6 ft 2 in (187 cm) tall man buried in the grave was most likely a Celtic chieftain. His death was about 40 years ago, and his richly decorated tomb strengthens the theory that he must have been an influential person among his people.

The unknown Celtic man was put to rest, wearing richly decorated garments with a gold-plated torc around his neck. 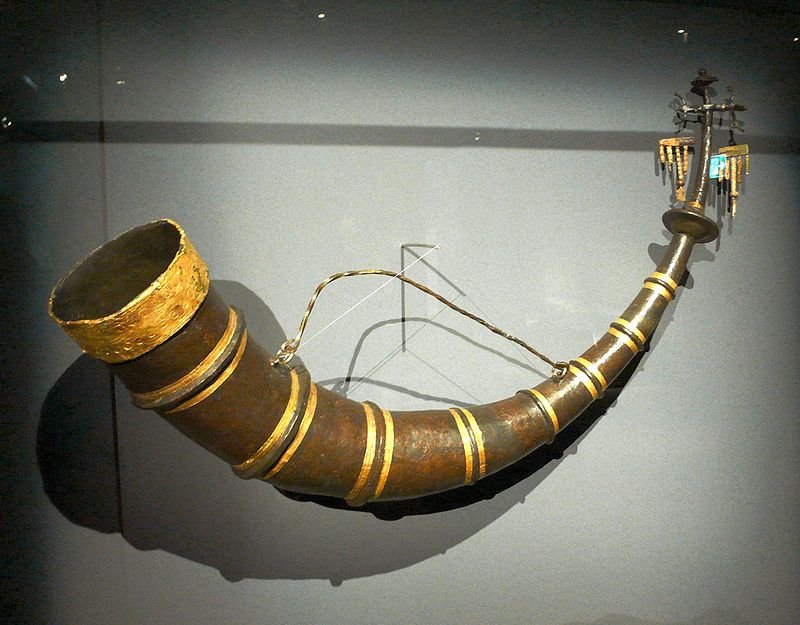 A drinking horn was also found in the grave. Credit: Chez Cåsver, CC BY 2.0

Most astonishing of all objects found in the grave were the man's golden shoes. The Celtic chieftain had a bracelet on his right arm and a hat made of birch bark. Among the burial gifts, archaeologists discovered a gold-plated dagger made of bronze and iron, beautiful amber jewelry and a razor knife, a nail clipper, a comb, fishing hooks, and arrows.

So far, archaeologists have discovered about 100 similar graves from the same period in France, Germany, and Switzerland. 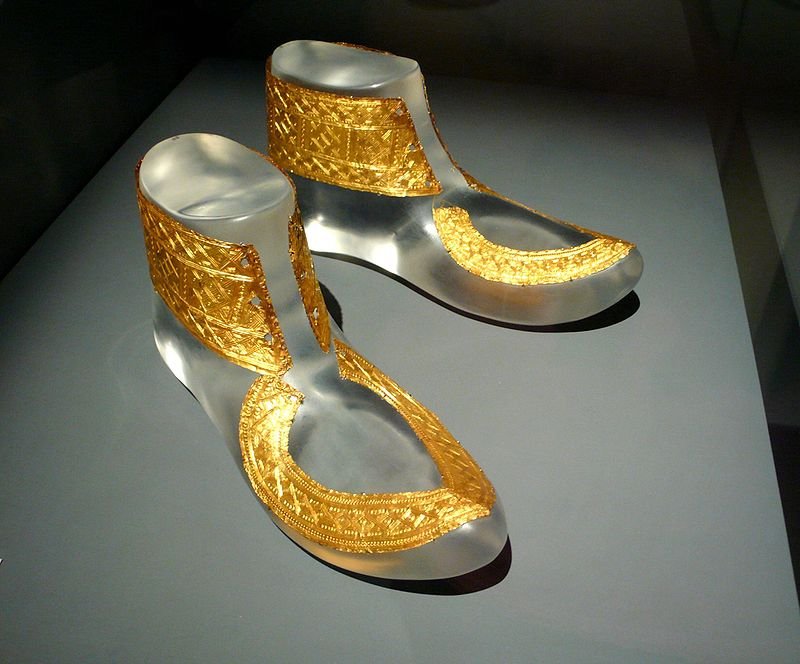 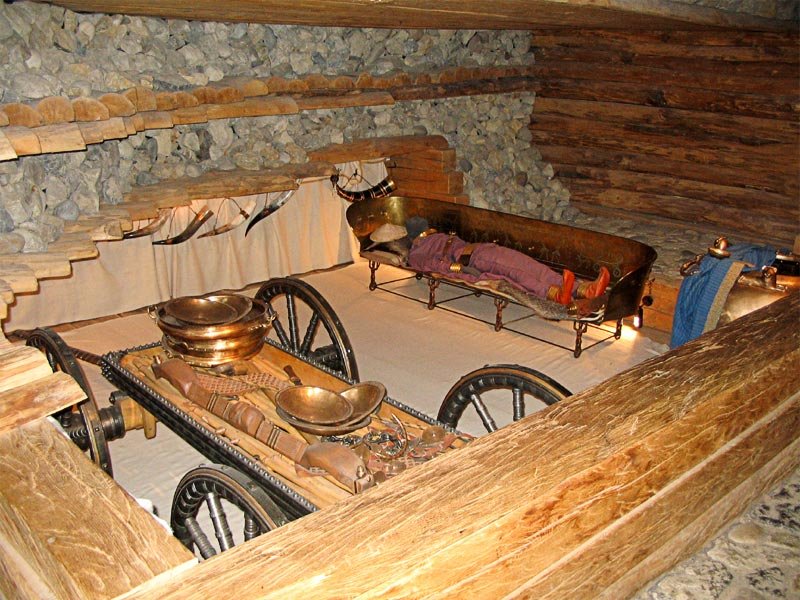 Unlike the mysterious Bull Rock cave, where scientists uncovered an ancient mass grave that remains unexplained, the history of the Hochdorf Chieftain's grave was much easier to reconstruct.

In 1985 the Hochdorf Chieftain's Grave was successfully reconstructed, and a museum was built near the ancient burial mound.

The presence of Celtic inhabitants was confirmed when archaeologists unearthed an ancient Celtic village not far from the tomb belonging to the Celtic Tutankhamun.