Ellen Lloyd - AncientPages.com - Considered the war god of Kush, Apedemak was worshiped in ancient Meroe, a once magnificent and wealthy capital in the kingdom of Kush in Nubia, present-day Sudan.

Today, there are few ancient remains of the stunning buildings built by the Meroitics, but archaeologists have been able to confirm the tall, slender pyramids, paintings, writing script, and other artistic and cultural forms made by the Nubian people were in the Egyptian style. 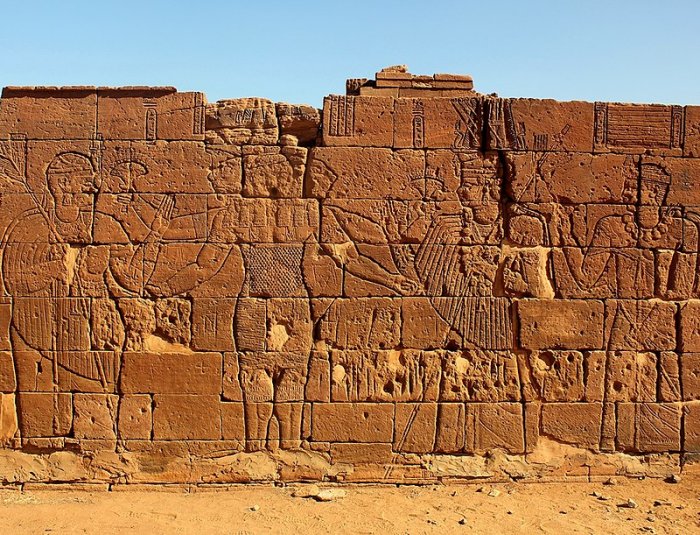 Three Kushite kingdoms dominated Nubia for more than 3,000 years, with capitals in Kerma, Napata, and Meroe.

The ancient kingdom of Kush was very powerful and rival to Egypt, but there were many similarities between these two ancient civilizations.

God Apedemak (Apademak) was worshipped in various parts of Nubia. He was held in high regard because people believed this mighty deity brought victories to their armies and defeated their enemies.

There are various depictions of Apedemak. In several Meroitic temples, God Apedemak is depicted as a lion with three heads and four arms. Sometimes he is portrayed as a snake with a lion head, or simply a man with a lion head.

Can God Apedemak be Traced To Ancient India?

Some scholars have speculated whether God Apedemak can be traced to ancient India. If true, the lion God Apedemak may be one of the few gods depicted on the walls of Meroitic temples who does not have an Egyptian origin.

Archaeological excavations reveal that ”the Meroites, although having gods of their won, drew heavily on Pharaonic and Ptomemaic Egyptian ideas and motifs in depicting them as well as incorporating Egyptian gods into their own pantheon.” 1

In the book, Apedemak, Lion God of Meroe: A Study in Egyptian Meroitic Syncretism. L.V. Zabkar explores the theory the war god of Kush was created in the images of ancient Indian deities. 2

“The book reviews in detail what is known of Apedemak, describes the numerous representations, and shows how much of the iconogrpahy of this god is of Egyptian origin – even those aspects which have led some scholars to suggest influences from India., particularly in the multi-armed and-headed representation on the west wall of the lion temple at Naqa. Zabkar goes into some detail on this matter, arguing that there is plenty of evidence from Egypt to account for the so-called Indian aspects.” 1

Famous Hindu god Shiva is depicted with multiple heads and arms, but is this enough to draw parallels between the Kushite war god Apedemak and ancient Indian deities? 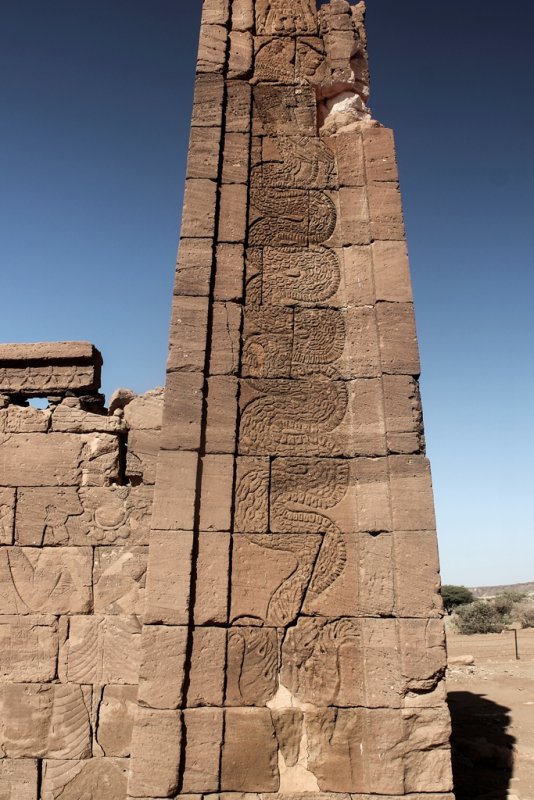 Most scholars think though the representation of Apedemak is exotic, it is still a deity that was influenced by the Meroites’ own artistic models that can be traced to ancient Egypt.

One must remember that the lion has been a powerful ancient symbol for thousands of years.

Ancient civilizations associated the lion with power and royalty and we can find this majestic animal on prehistoric cave paintings, ancient Sumerian and Egyptian artifacts dating back to 3000 B.C. as well as several ancient monuments like for example the marvelous lion gates in Hattusha, the capital of the kingdom of the Hittites.