Ellen Lloyd - AncientPages.com - Legends and mystery surround the Caynton caves. Did Knights Templar use the man-made underground chambers for their secret meetings and rituals? 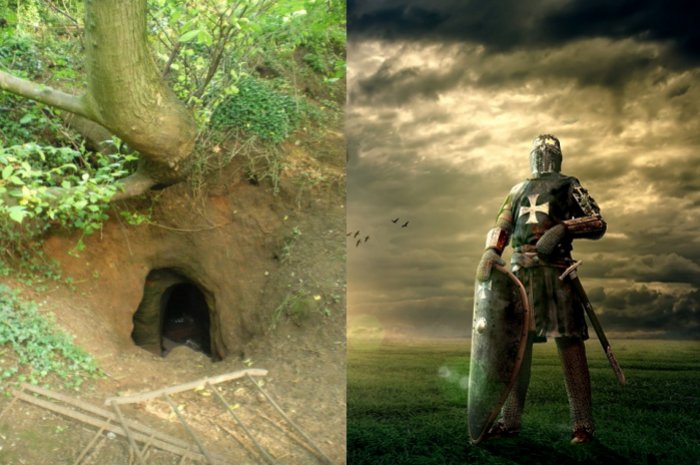 Fear of persecution often forced the Christian brotherhood to hide in places unknown to outsiders, and underground chambers were often used for secret meetings.

In Europe, there are many magnificent subterranean complexes, but it’s sometimes difficult to determine whether the underground chambers were used by Freemasons, Knights Templar or Pagans.

For example, below the city of Camerano in Italy there is a large, ancient underground city with tunnels, caves, and secret passages leading to mysterious chambers with altars and enigmatic symbols carved on the walls.

The history of the Camerano underground city is shrouded in mystery and it is unknown who constructed this magnificent subterranean complex, but it’s possible it was once a meeting place of the Knights Templar.

Some who visited the underground city say the sacred caves are filled with spiritual energy.

Caynton Caves Could Be Much Older Than Previously Thought

Hidden History Of Skull And Crossbones: The Untold Story Of The Templar And Their Connection To The Shining Ones

Ancient legends tell a mysterious cave system consisting of a series of man-made underground chambers hollowed out of sandstone, with carved archways, pillars, symbols, and niches was used by the Knights Templar.

On October 13th, 1307, King Philip IV of France, in league with Pope Clement V ordered the arrest of all Templars in the Kingdom of France; they were rounded up and thrown in prison. Some of the knights escaped and fled to other countries. It’s believed Caynton Caves served as a safe haven for the Knights Templar when orders were given to dismantle the renowned Christian military organization. 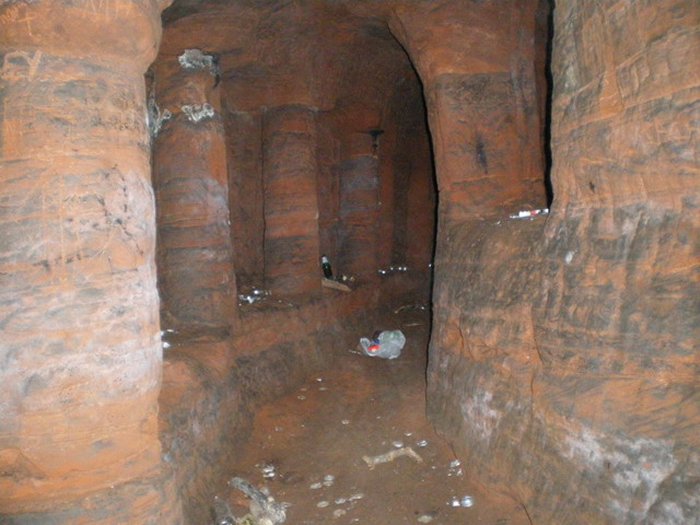 If the Caynton caves were not used by the Crusaders, then why has an artifact belonging to a fabled Knights Templar been found there?

In the late 1980s, Mark Lawton found a rusty blade in the man-made caves. Not thinking it was an ancient object of value, he took it home and didn’t think much about his curious discovery. Much later, he showed the sword to local auctioneers to have it evaluated.

It soon became clear this was no ordinary sword. According to Caroline Dennard of Halls Fine Art, a military specialist in Shrewsbury this is a 13th-century sword that once belonged to a Knights Templar.

Dennark explained the sword has all “hallmarks of a genuine sword from the 13th Century. 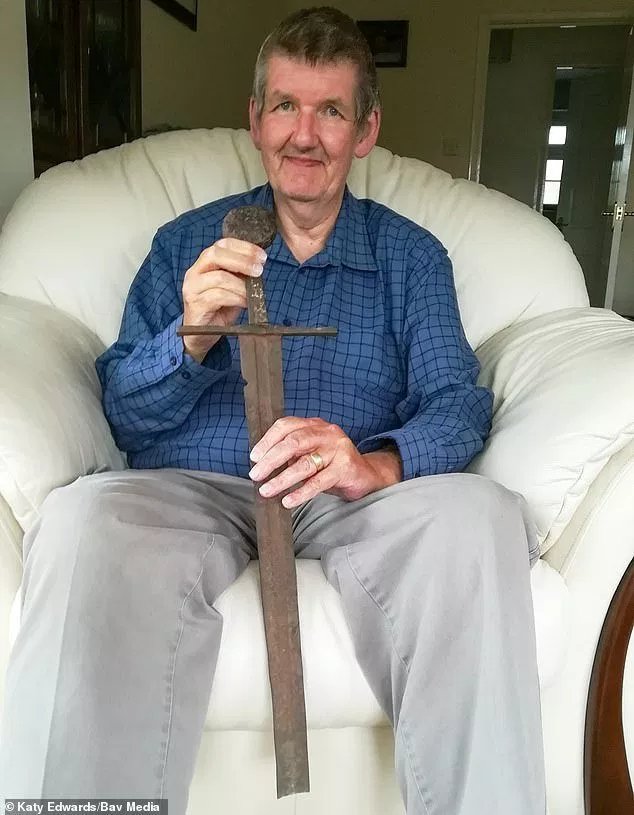 Near the Caynton caves, Mark Lawton discovered a sword that belonged to a Crusader.

The “hilt of the sword was deliberately designed with a straight cross guard perpendicular to the blade, creating a cross. This would serve as a constant reminder to the knight of the duties he had sworn to fulfill,” Dennark said. 1

How did a Crusader sword end up in the Caynton Caves if the Knights Templar never visited the underground chambers?

It would naturally be easier to confirm the Knights Templar’s presence in the area if more of their artifacts were found in the vicinity. Unfortunately, no similar items have been found in the area.

It’s also very difficult to go and explore the Caynton Caves because they are located on private land near to Caynton Hall and visitors risk being prosecuted for trespass.