David Tee - AncientPages.com - Jezebel was the daughter of the King of Tyre and high priest. 1 Kings 16–22 tells the story of Ahab and Jezebel, and indicates that Jezebel was a dominant influence on Ahab, inciting him to abandon Yahweh and worship and institute the religion of Baal in Israel. 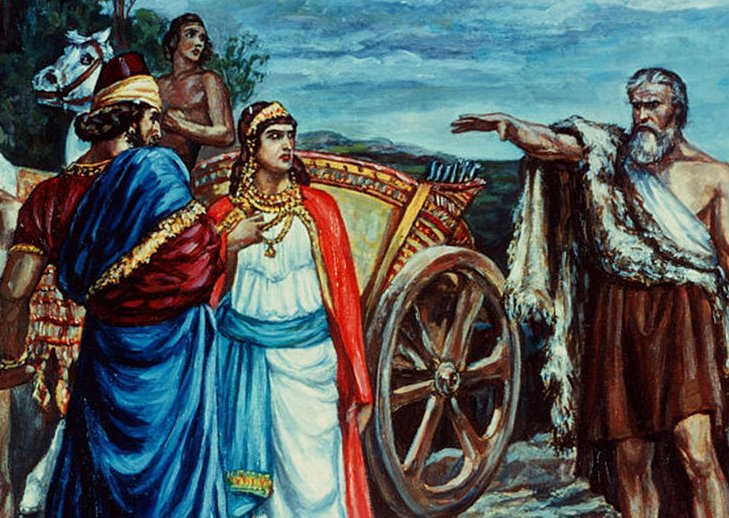 Her father, Ethbaal worshipped Baal as their god. Her people were the Phoenicians, the great ancient maritime people after the Minoans. They considered the Hebrew God just a local deity and had no time for him and his ways.

Jezebel’s father rose to power through the murder of his predecessor, so it is not hard to see where Jezebel received her evil training. It is hard to say where Ahab met Jezebel, the Bible only says that he took her to be his wife.

The Bible also says that Ahab was well on his way to being the evilest king prior to marrying Jezebel. We are not sure how much of Jezebel’s influence had on Ahab, but she certainly did nothing to change his ways.

It seems that Jezebel and Elijah never met personally. According to the Books of Kings in the Hebrew Bible, Elijah was a miracle worker and a prophet who lived in the northern kingdom of Israel during the reign of King Ahab (9th century BC). It is hard to say as the biblical record only has Elijah speaking directly to Ahab. Whether Jezebel is there or not cannot be ascertained.

The first thing Elijah is recorded to say to Ahab is that God would send a drought for three years.

This drought ended up in a showdown with the Prophets of Baal on one side and Elijah, alone, on the other side. Prior to this event, Jezebel had the prophets of God killed except for the hundred Obadiah saved. (see 1 Kings 18).

What made Elijah the enemy of Jezebel was Elijah’s extermination of the 450 prophets of Baal, that Jezebel had her husband import from her native land. Jezebel sent a messenger with the threat that she would do to Elijah what he did to her prophets. 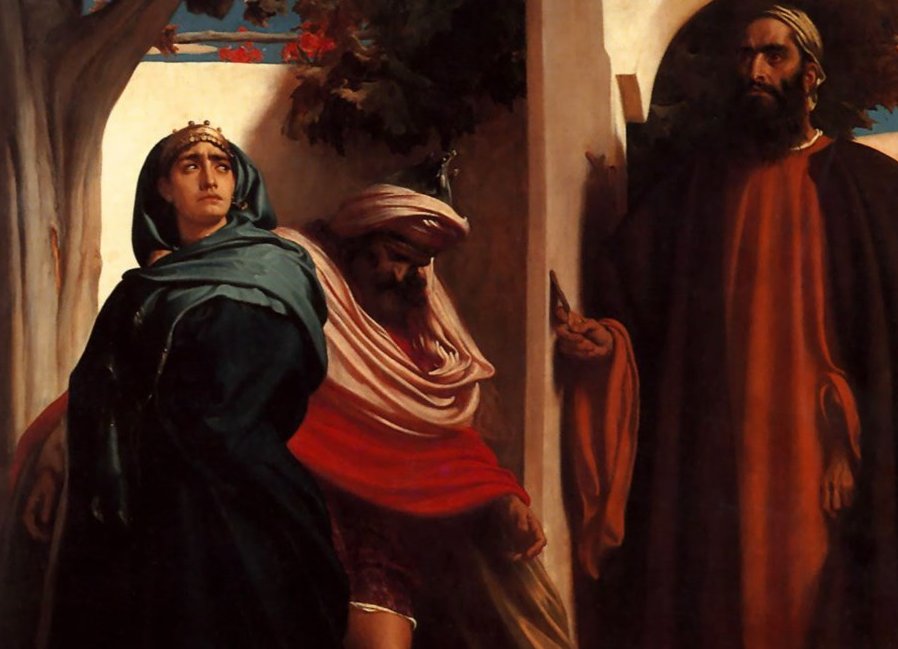 Even prophets of God are human and have emotions. Elijah became afraid when he heard the threat and fled the area where Jezebel knew he was living.

Jezebel Committed Both Forgery And Murder

After a couple of successful wars, Ahab becomes infatuated with a vineyard owned by Naboth. Even as King, he becomes depressed because Naboth would not trade his vineyard for another and let Ahab take his.

Jezebel started to scheme and committed forgery as she sent letters to the elders of Naboth’s city. She also committed murder by instructing those elders to have Naboth falsely accused and stoned to death. Once this act was done, Jezebel told Ahab to go down and take possession of the land.

This act is what brought God’s prophecy against both Ahab and Jezebel. God sent Elijah to give the death sentences to Ahab. Ahab would die in the place where Naboth died and Jezebel would be eaten by dogs.

All because the royal couple had led the people of Israel to sin. (See 1 Kings 21).

Janet Howe Gaines who wrote a scholarly piece for the Bible Review says that Jezebel’s rise to Queen of the Northern tribes was an opportunity for anti-northern biblical writers to teach a moral lesson about idolatry.

Ms. Gaines also says that Jezebel was not as evil as the Bible portrays her. Yet any reconstruction fails as the Bible clearly points out, in 1 Kings 21:25, that Ahab continued to do evil at the urging of his wife Jezebel. There are no positive features or qualities possessed by Jezebel.

She may not have done evil to him directly, but her influence certainly brought evil to Ahab and his life. Without her influence it remains a possibility that Ahab could have been redeemed and had a more positive reign.

As it stands, he is known for the evil that he and his wife did.