A. Sutherland - AncientPages.com - Roman Forum (in Latin: Forum Romanum) was the center of Rome's most important political and social events during the republican period.

It is considered the oldest urban square in Rome.

The Roman Forum was established in the twenties of the eighth century BC. 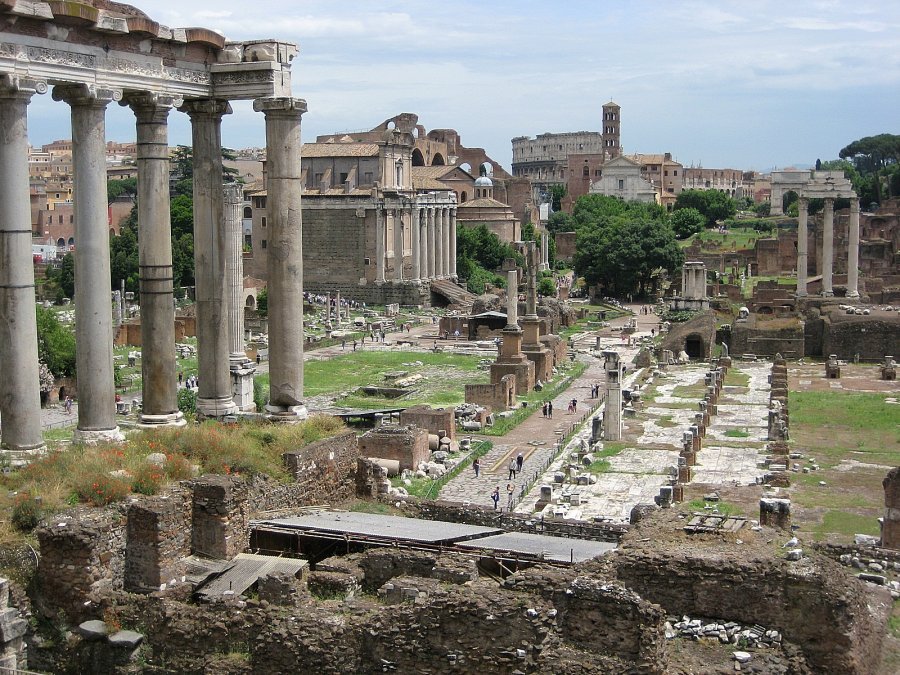 The oldest city square in the Eternal City is no doubt, one of the icons of Europeans culture, but today, it is only more or less a pile of chaotically scattered stones. We must not forget that ancient Rome lay several meters below the ground level on which the modern capital of Italy rises.

However, the Roman Forum had once a variety of interesting and mysterious structures.

Lapis Niger – Mysterious Place But Not A Stone

There is still much to see among several historical remains that belong to the famous Roman Forum.

One of the greatest and most venerated objects in ancient Rome was Lapis Niger – “Black Stone”. This is the oldest, and for a long time, the most important sanctity at the Roman Forum.

Lapis Niger is not a stone, but a very special place covered with plates of the black marble. It is an obscure place and mysterious even to later Romans.

A legend is related to this shrine, and it tells that Romulus, legendary founder of Rome and its first king (trad. 753-716 BC) was killed or taken into the sky.

More exactly, a cloud descended upon Romulus (it was in the late8th century BC) and he was never seen again. The 2nd century AD writer Festus writes that legendary Romulus was given a memorial in the Roman Forum, formed as a sepulcher and made of black stone. This stone is known as the Lapis Niger.

Ancient sources also mention the sanctuary that exists here in honor of the god Vulcan (Greek counterpart is Hephaestus, the god of fire and divine blacksmith).

The excavations revealed that under the Lapis Niger, there are the remains of a small open place of worship that contains an altar, a special place for a statue, and a stone block with one of the earliest known Latin inscriptions (c. 570–550 BC).

The inscription, written in archaic Latin, is badly damaged, but it probably contains a curse threatening all (even the kings) who planned to desecrate this most sacred place.

Forum Was Center Of Day-To-Day Life In Rome

The place was surrounded by six of the seven Rome's hills: Capitoline, Palatine, Caelian, Esquiline, Viminal and Quirinal, and was accompanied by several important ancient government buildings.

Originally, citizens of Rome referred to it as a marketplace, the Forum Magnum, or simply the Forum.

Battle Of Abrittus: Roman Emperor Decius And His Troops Ambushed And Defeated By Invading Goths

Aqueducts Are Among Most Exceptional Achievements Of Ancient Roman Engineers

How Did Ancient Romans Grow Their Gardens?

For centuries the Forum was the center of day-to-day life in Rome. During the Roman Republic (509 BC - 27 BC), there were organized folk assemblies and Senate meetings, city council elections, criminal trials, commercial affairs, religious ceremonies, gladiatorial matches, and entertainment.

The Forum was also the site for triumphal processions and the scene for public speeches. 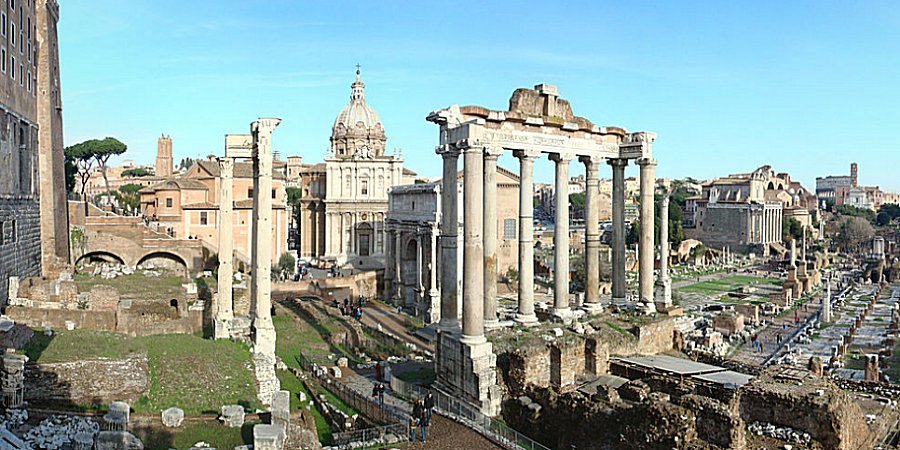 In connection with the expansion of Rome, other forums began to appear next to the Roman Forum such as Forum of Nerva, Forum of Augustus, Forum of Vespasian, Forum of Caesar, including several temples and triumphal arch f Augustus. With time, however, the importance of the forum decreased; both the Roman Forum and other forums, had only commercial and entertainment functions.

Fall Of The Roman Forum

In 283, the fire destroyed the Forum. Emperor Diocletian (r. 284-305) was the last of the great builders of Rome's city infrastructure, and for a moment stopped the place from falling into the ruin. He renovated and reorganized the Forum, building anew the Temple of Saturn and Temple of Vesta among others.

In 410, the Roman Forum was destroyed by the Visigoths. In 851, an earthquake took place, which also contributed to its downfall. During the Middle Ages, the Forum became a building material for the new constructions and the city’s temples were looted.

Kalas G. The Restoration of the Roman Forum in Late Antiquity