Ellen Lloyd - AncientPages.com - Ancient Greek historian Herodotus had a high opinion of Gorgo who was well-known for her political judgment and wisdom, but was she also one of the world’s first female cryptanalysts?

It’s very possible she was because she did break a secret code and by doing so she most likely stopped a planned invasion of her country. 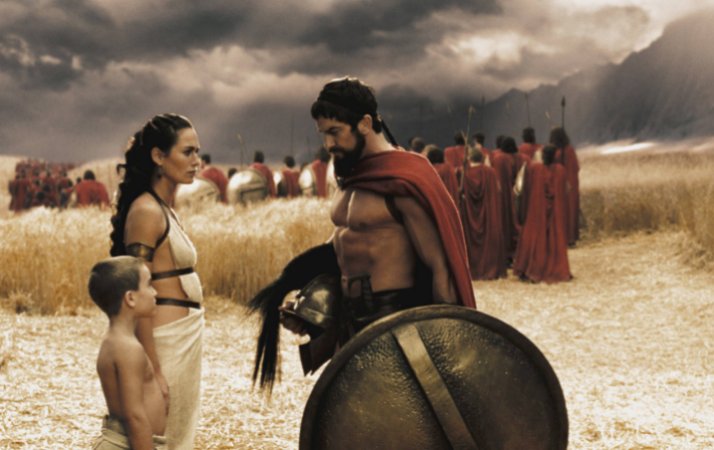 As Leonidas (Gerard Butler) leaves Sparta, with the 300, he says good-bye to his son Pleistarchos (Giovani Antonio Cimmino) and his wife Gorgo (Lena Headey). He and his men are heading north, to Thermopylae, where they will confront Xerxes and his Immortals. Still shot from the film "300," Copyright, Warner Bros. Pictures, Legendary Pictures and Virtual Studios.

As Queen of Sparta and wife to legendary King Leonidas, Gorgo played an important role in the history of Greece. Herodotus did not bother to mention females in his writings, but Gorgo must have been an exceptional woman because she received high praise from the ancient historian.

When everyone failed, Gorgo demonstrated her intelligence by deciphering a message on a wooden wax tablet. She is therefore often referred to as one of the first female cryptanalysts.

Who Was Queen Gorgo?

Historical information about Gorgo is limited and we must rely on Herodotus to learn more about this intriguing woman.

As the only child to King Cleomenes I, Gorgo was most likely born sometime between 518 and 508 B.C. When Gorgo was young she sometimes heard to her father’s conversations with prominent people. Being only eight or nine years, she once even gave her father advice not to listen to Aristagoras, the Tyrant of Miletus (late 6th-early 5th centuries B.C.) who played a vital role in the Ionian Revolt against the Persian Achaemenid Empire.

“Aristagoras, seeing her, requested Cleomenes to send her out of the room before he began to speak with him; but Cleomenes told him to say on, and not mind the child.

So Aristagoras began with a promise of ten talents if the king would grant him his request and when Cleomenes shook his head, continued to raise his offer till it reached fifty talents; whereupon the child spoke: ‘Father,’ she said, ‘get up and go, or the stranger will certainly corrupt thee.’ Then Cleomenes, pleased at the warning of his child, withdrew and went into another room. Aristagoras quitted Sparta for good, not being able to discourse any more concerning the road which led up to the king. “ 1

When Gorgo grew older she married legendary King Leonidas who was also her half-uncle. The couple had one child together, a son named Pleistarchus. One should dismiss the possibility they had more children, but there are few historical records that can shed more light on their family matters.

According to Herodotus, King Leonidas descended from Hercules, the half-god and half-man of Greek mythology.

In the time of King Leonidas, Greece was not a united country. “There was a general co-operation between the different cities who would come together in times of war. But, they also quarreled and fought with each other as the Peloponnesian war attests.  Sparta is well known for being focused on military might and was known to keep slaves, which freed their natural citizens up for military duty.” 2

The Spartan army was exceptionally successful because their warriors were skilled and received superior military training which prepared them for the most difficult battles.

Women in Sparta had more freedom than their Athenian counterparts. They could have an education and own land.

How Gorgo Deciphered A Message Hidden On A Wax Tablet

When the exiled Spartan King Demaratus send a warning Xerxes’s planned invasion, Gorgo, Queen of Sparta accomplished something quite extraordinary at the time.

Queen Gorgo “outsmarted the Persians by working out a secret code sent on a writing tablet (not the Apple or MacBook variety) that had been cleverly covered with melted wax." 3

King Demaratus knew the sent message must be hidden. “As the danger of discovery was great, there was only one way in which he could contrive to get the message through: this was by scraping the wax off a pair of wooden folding tablets, writing on the wood underneath what Xerxes intended to do, and then covering the message over with wax again. In this way the tablets, being apparently blank, would cause no trouble with the guards along the road.
When the message reached its destination, no one was able to guess the secret.” 4

Queen Gorgo was intelligent and “discovered it and told the others that, if they scraped the wax off, they would find something written on the wood underneath. This was done; the message was revealed and read, and afterward passed on to the other Greeks. 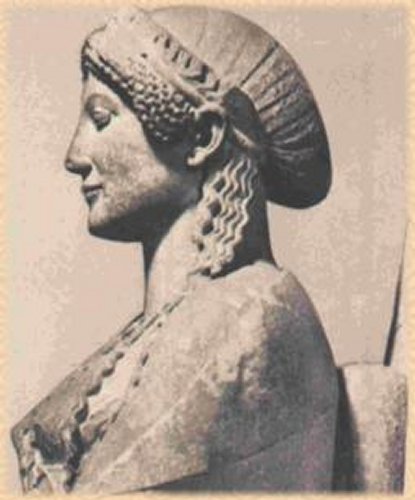 The rest is well-known. Thermopylae, Salamis, and Plataea ended the danger that the flame of Western civilization would be extinguished by an Oriental invasion. The story is not without a certain bitter irony, however, for Gorgo who may be considered the first woman cryptanalyst, in a way pronounced a death sentence on her own husband: Leonidas died at the head of the heroic band of Spartans who held off the Persians for three crucial days at the narrow pass of Thermopylae.

It was the Spartans, the most warlike of the Greeks, who established the first system of military cryptography. “

What later happened to Gorgo is unknown. Sadly, after the death of her husband, King Leonidas, Queen Gorgo vanished from history. Though she died in obscurity, her accomplishments should not be forgotten because she was, as Herotodus said – a great woman.