Conny Waters - AncientPages.com - The Amish people in Pennsylvania are often misunderstood because of their somewhat unusual avoidance custom. The Amish avoid certain modern technologies, they don’t drive cars and they refuse all participation in election activities. 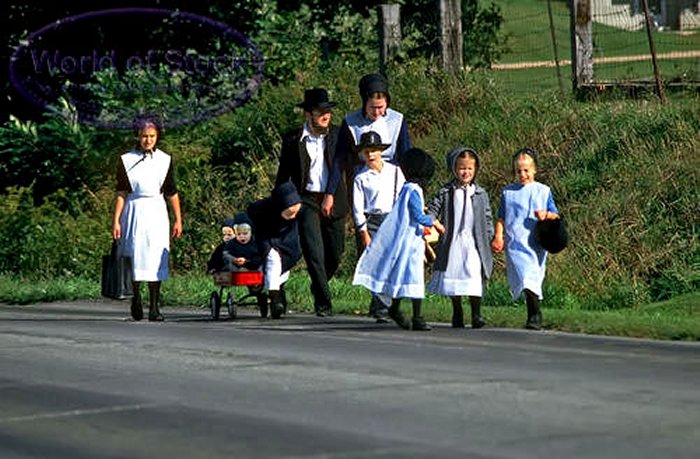 The Amish People of Pennsylvania. Credit: Lucy In The USA

The Amish also don’t educate their children past the eighth grade, because they feel acquiring more knowledge is not necessary to follow the lifestyle of their people.

They also avoid the use of buttons on coats and vests, and they still employ “hooks and eyes in their place.

If a member is censured by his church he is “avoided” also and must be ignored by all other Amish, his family included.” 1

Being a religious sect, as they are sometimes referred to it’s easy to assume the Amish avoid so many things because they consider them evil, but that’s not quite the case.

The Amish people in North America originate from Switzerland, Germany, the Netherlands and France.

The Amish people have Anabaptist origins. Anabaptism is a Christian movement which traces its beginnings to the Radical Reformation.

The Anabaptists were persecuted during the Counter-Reformation by Roman Catholics and Protestants alike. Anabaptists believed in adult baptism and rejected infant baptism, which was unacceptable to other Christian movements.

Why Didn’t Pythagoras And His Followers Eat Beans?

Living conditions in Europe became difficult for the Amish people who in their search for religious tolerance immigrated to Pennsylvania and neighboring states in the early 18th century. In time, from being just a couple of hundreds, they managed to grow to 300,000 members.

The Amish don't have television or radio, but they are curious about other people. They are friendly and polite, if treated with respect. They do not consider technology evil, and if someone is disabled, he or she can apply for the use of an electric wheelchair. 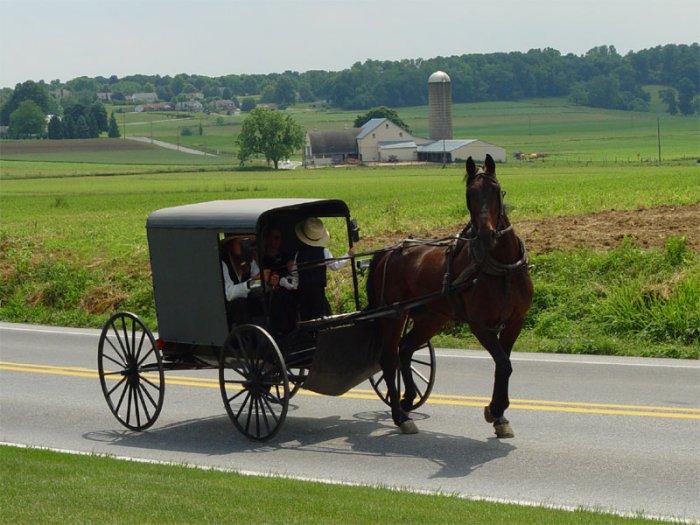 The Amish are not anti-technology, but they do want to maintain a separation from the wider world, and technology is not considered helpful to their traditional rural way of life.

“Throughout their history the Amish have used the same religious materials – song books, prayer books, and favorite Biblical passages – that were used by their people back in the early 1700s. Biblical passages such as “… and be not conformed to this world: but be ye transformed by the renewing of your mind…” (Romans 12:1) and “Be ye not unequally yoked together with unbelievers…” (II Corinthians 6: 14) support a posture of semi-isolation from the non-Amish community, reminding members that there should be as little interaction as possible with outsiders.” 2

When it comes to health issues, education, relationships, the Amish people rely on the Bible.

Some would say that living like the Amish do, has many advantages, but on the other hand, their primitive and isolated lifestyle can sometimes also create problems. Amish populations may have genetic disorders or other problems of closed communities.