A. Sutherland - AncientPages.com - Starkad, also known as Starkodder is an Old Norse hero from several ancient legends that portray him as a great warrior who performed heroic deeds and committed notorious crimes. 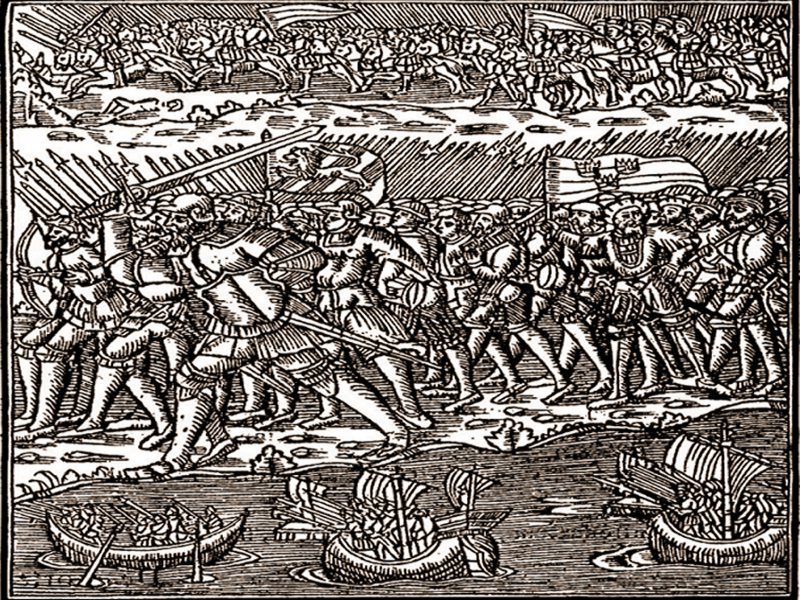 There may have been several different heroes with the same name, but basically, there are two individuals with the name Starkad. One Starkad (with last name ‘Aludreng’) was the descendant of giants; he had as many as six or eight arms, and was grandfather of the most famous Starkad, the foster son of the god Odin, Norse god of war and magic.

Starkad was of half-giant descent, and already as a child, he was of super-human stature, like the Jotuns living in Jötunheimr. Under the training and by the magic of his master, Horsehair Beard (Hroszharsgrani), Starkad not only gained great learning and heroic valor, but was also gifted with human form and manly beauty.

Next after the famous Sigurd Fafnirsbane, Starkad is believed to be the greatest champion of the heroic legends, and he is mentioned by Saxo (1150/1160 -1206), a Danish historian and author (nicknamed: Grammaticus) and in several ancient tales.

Odin helped raise the young Starkad, but his desire was to remain anonymous. One day, his master took a boat and sailed away with him to an unknown island, where the young Starkad witnessed an assembly of eleven men sitting upon thrones. One throne, however, was empty, until the great Odin entered the assembly hall and sat down on the empty throne. Starkad immediately recognized his foster father. His master Horsehair Beard (Hroszharsgrani) was the great god Odin.

The Meeting Began And Thor Said:

“Alfhild, Starkad’s mother, chose a giant as father for her child, therefore I decree that he be childless, the last of his race.”

Then Odin said that he grants Starkad a life three times the length of mortal man.”

“Then,” answered Thor, “I destine him to do in each age a grievous outrage that shall be a work of shame and dishonor in the eyes of man.”

Odin replied at once: “And I bestow on him the stoutest armor and most precious garments.”

“I forbid him,” said Thor, “both house and home, nor shall a piece of land be ever his.”

“And I allot him gold and flocks in fullest plenty,” answered Odin.

“Then I doom him to ever-growing thirst for gold and wealth, that he may never enjoy peace of mind.” 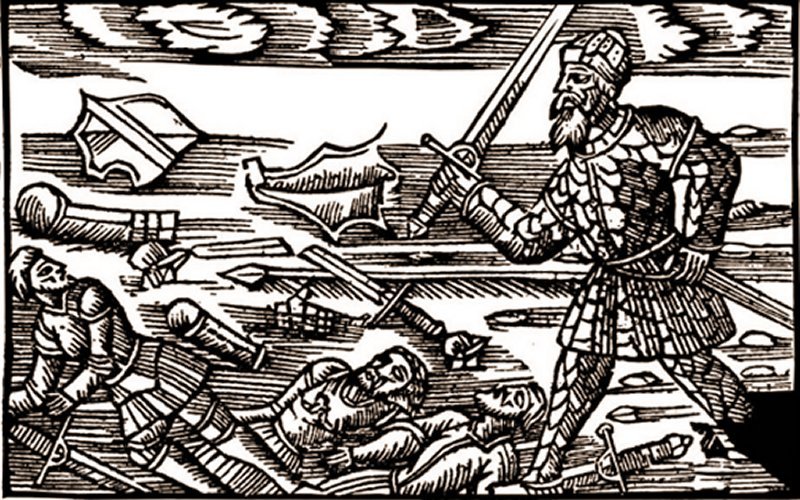 Odin returned, “I confer on him valor and prowess, and victory in battle.”

“Yet shall he from each combat bear a wound that reaches to the very bone,” was Thor’s reply, which was yet another curse, and so the two gods continued.

“The noble lore of the skalds shall be his,” continued his protector, “that he may sing; and each of his words shall be a song.”

“His memory shall be cursed with forgetfulness of all that he has sung.”

“The noblest and the best among men shall love and honor him,” spake Odin.

“But all his tribe shall shun and hate him,” was Thor’s last curse.

And so it was decided and Starkad – a subject of Odin’s good feelings and Thor’s bad ones - became both privileged and disfavored many times in his long life, full of good and bad deeds.

Starkad Was Hated By God Thor

The mighty thunder god, Thor, hated Starkad, who was a favorite of Odin. On one occasion, Odin wanted to honor the bravery of the warrior Starkad, but Thor wanted to harm the hero. Odin gave the young warrior many blessings including wealth, successes in battles, invulnerability, great wealth, and great skills as a poet. Thor, on the other hand, contradicted all these gifts because he wanted intentionally hurt the hero. 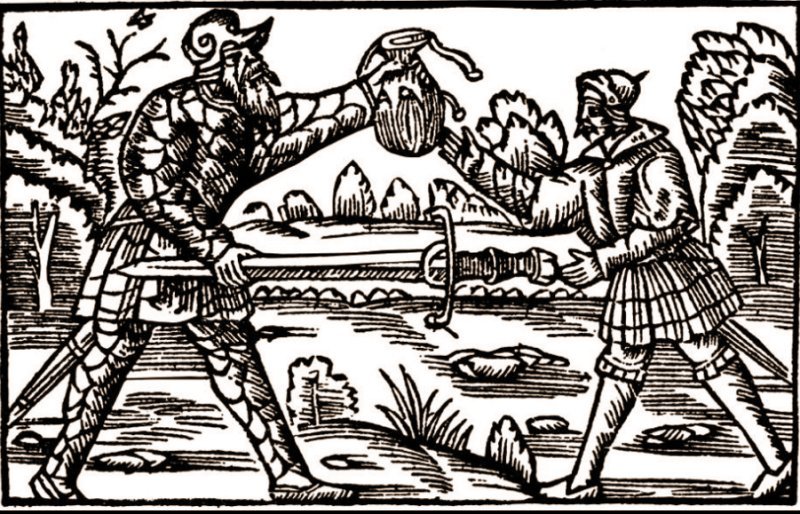 Starkad arranges his own demise, from Olaus Magnus' A Description of the Northern Peoples (1555). Credit: Public Domain

This unique treatment of Starkad caused him to be seriously injured in every battle, never enjoy his riches, and never get anyone know and appreciate his poetry.

Starkad was often portrayed as gray-haired, deformed and very old. His life was a much longer than that of ordinary people. He had successes and committed infamous deeds, including killing the king whom he had earlier served with much honor.

A Tragedy Planned As ‘False’ Sacrifice

When on a Viking raid with King Vikar of Norway, according to Gautreks Saga, the fleet was overtaken by strong winds, and they had to seek shelter in a protected bay. The hurricane continued for many days and no prayers and sacrifices were able to help. It was a sign that Odin demanded a real sacrifice - a human life.

All on a sudden, Horse-hair Beard (Odin) in a broad-brimmed hat appeared in the night before Starkad and gave him a reed and a thin willow branch. The hero understood Odin’s will and the next day, he informed Vikar and his counselors that the gods would be satisfied with the mere show of a sacrifice.

Geri And Freki: Two Wolves ‘Greedy’ And ‘Ravenous’ Were Loyal Companions Of Odin In Norse Beliefs

He explained that the king was to suffer the slender branch to be laid around his neck; they were then to tie him to the thin bough of a tree, and touch him with the reed. Thus the sacrifice would be accomplished, and Odin would again send them favorable winds.

Vikar accepted this proposal and when the ritual was almost performed, the thin bough of the tree sprang upwards, the willow branch was changed into a rope, and the reed which Starkad flung at the king was suddenly turned into a spear, which pierced the victim to the heart.

A supposedly mock sacrifice became the murder of King Vikar, at Odin’s request. It was one of Starkad’s shameful deeds. However, in Icelandic legends, this killing is portrayed as unintended.

Death Of Starkad, The Viking

He received also many wounds, some of them very serious, but he managed to survive because his life was very long. But one day, it was enough. Even a hero must sooner or later die.

As in Snorre Sturluson's Icelandic kings, the real heroes deserve a real death. Starkad also arranged his own demise, for in ancient times it was considered disgraceful for those who engaged in war professions to die in sickness.

He found his killer, gave him a sack of money and handed over his sword. Then he bowed his neck and received a deadly blow.

Wagner, Asgard and the Gods