Tony Gliddon - AncientPages.com - We have been hearing a lot about humans being mingled with or evolved from Reptilians. And we hear about the serpent connection in myths and folklore of many cultures and countries.

In the Hebrew Bible, the Book of Genesis refers to the serpent who was partly responsible for the Fall of Man (Gen 3:1-20).

In the Book of Genesis 3.15 God is speaking unto "the serpent",

"The serpent" aforementioned is also known as; the willful king, Satan, Lucifer, the prince that shall come, that wicked one, the lawless one, the beast with ten horns, antichrist, the dragon, the devil, the man of sin, the son of perdition, he has many roles in which he performs and is called.

In Genesis 3.15 God stated that He would put enmity between his "seed" and her "Seed."
In the Hebrew "seed" is referring to sperma, seed line, pedigree, lineage.

As a result of the serpent sleeping with Eve, and Eve with Adam, Cain and Able were born.

In the New Testament, in 2 Corinthians 11, Paul talks about not being "beguiled" or "wholly seduced" by Satan through his craftiness as Eve was corrupted.

Also, Cain is not in the genealogy of Adam in Genesis 5,.

Why? Because Adam is not Cain's father, that would be the "serpent's seed." He has his own genealogy list in Genesis 4. Able was Adam's son but was murdered by the serpent's seed, Cain, and then Seth was the next child of Adam.

The Mystery Of Serpent Worship

God’s Personal Flying Vehicle Described In ‘The Book of Ezekiel’

Noah's flood was not a world wide event as some suggest. Cain took off to the land of Nod and married a women from that country. Some suggest that region would have been in the upper China , Mongolia region. There are many stories of where Cain went to in his travels.

Of course the progeny of Cain has carried down to this very day. The descendents of Cain are called Kenites. Many had infiltrated the priesthood of the Israelites back in Joshua's days and by Jesus time they were sitting in "the seat of Moses." Jesus knew who they were and called them out on the carpet in John 8.44, "Ye are of your father the devil, and the lusts of your father you will do, he was a murderer in the beginning, and abode not in truth, because there is no truth in him. When he speaketh a lie, he speaketh of his own; for he is a liar and the father of it." 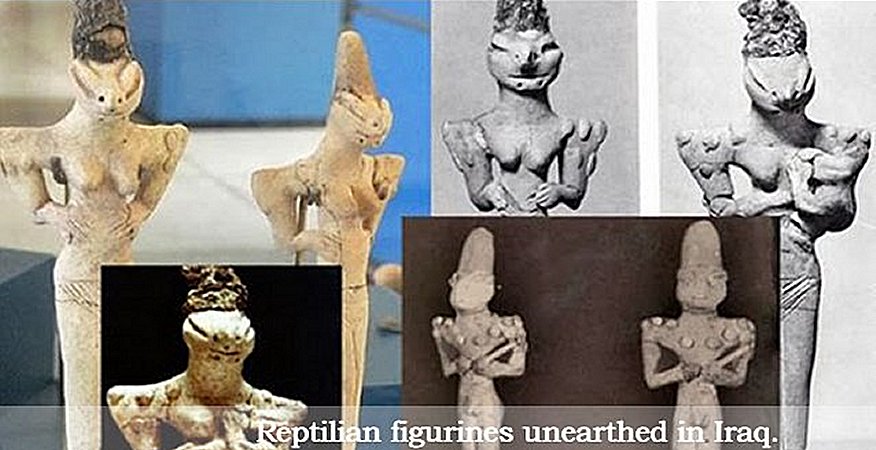 Now just imagine where and how far deep has the Kenite penetrated our modern world! Economics, politics, religion, and education. These are the four "horns" of control in our modern New World Order in which the Kenite maneuvers unseen, behind secret doors, and societies, clubs, media, etc. attempting to control the events occurring in our age.

Yes, Satan and his "serpent seed," from Cain, through the Kenites have survived.

The "serpent seed" is alive and well and preparing to welcome their great, "grandaddy" back, just ask them or watch their messages and signals.

"The serpent seed" do not look like lizards or reptilian but are true descendents of the evil, wicked one, "the serpent" - Satan himself.

First version of this article was originally published in MessageToEagle.com on July 26, 2015

About the author:
Tony Gliddon - has a BA degree from Gonzaga University, Spokane, Washington with major studies in Finance, Accounting, Philosophy, History. He has always had a personal interest in history, archaeology, and legends worldwide. He has quite a collection of more rare type books and is constantly studying, researching, and documenting very interesting subjects and wants to bring these stories and subjects to the public.