AncientPages.com - Gol-e-Zard Cave lies in the shadow of Mount Damavand, which at more than 5,000 metres dominates the landscape of northern Iran. In this cave, stalagmites and stalactites are growing slowly over millennia and preserve in them clues about past climate events. Changes in stalagmite chemistry from this cave have now linked the collapse of the Akkadian Empire to climate changes more than 4,000 years ago.

Akkadia was the world’s first empire. It was established in Mesopotamia around 4,300 years ago after its ruler, Sargon of Akkad, united a series of independent city states. Akkadian influence spanned along the Tigris and Euphrates rivers from what is now southern Iraq, through to Syria and Turkey. The north-south extent of the empire meant that it covered regions with different climates, ranging from fertile lands in the north which were highly dependent on rainfall (one of Asia’s “bread baskets”), to the irrigation-fed alluvial plains to the south. 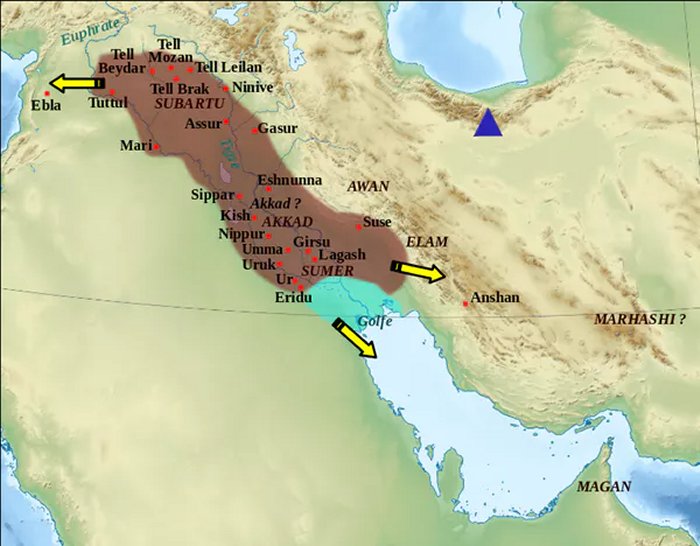 It appears that the empire became increasingly dependent on the productivity of the northern lands and used the grains sourced from this region to feed the army and redistribute the food supplies to key supporters. Then, about a century after its formation, the Akkadian Empire suddenly collapsed, followed by mass migration and conflicts. The anguish of the era is perfectly captured in the ancient Curse of Akkad text, which describes a period of turmoil with water and food shortages: … the large arable tracts yielded no grain, the inundated fields yielded no fish, the irrigated orchards yielded no syrup or wine, the thick clouds did not rain.

The reason for this collapse is still debated by historians, archaeologists and scientists. One of the most prominent views, championed by Yale archaeologist Harvey Weiss (who built on earlier ideas by Ellsworth Huntington), is that it was caused by an abrupt onset of drought conditions which severely affected the productive northern regions of the empire. 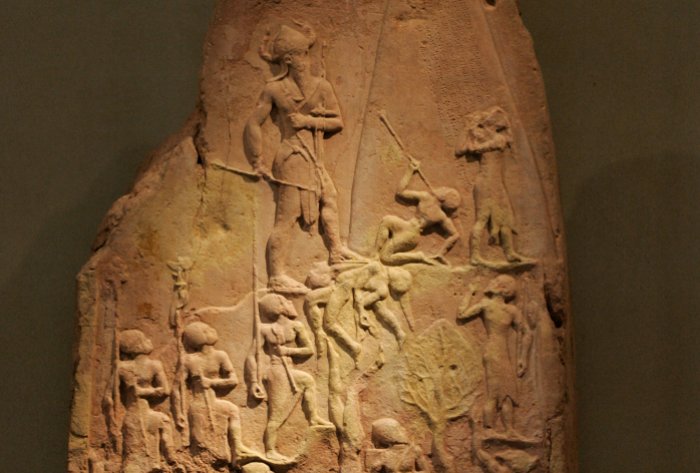 Victory Stele of Naram-Sin,celebrating victory against the Lullubi from Zagros 2260 BC. He is wearing a horned helmet, a symbol of divinity, and is also portrayed in a larger scale in comparison to others to emphasize his superiority. Brought back from Sippar to Susa as war prize in the 12th century BC. Credit: Public Domain

Weiss and his colleagues discovered evidence in northern Syria that this once prosperous region was suddenly abandoned around 4,200 years ago, as indicated by a lack of pottery and other archaeological remains. Instead, the rich soils of earlier periods were replaced by large amounts of wind-blown dust and sand, suggesting the onset of drought conditions. Subsequently, marine cores from the Gulf of Oman and the Red Sea which linked the input of dust into the sea to distant sources in Mesopotamia, provided further evidence of a regional drought at the time.

Many other researchers viewed Weiss’s interpretation with scepticism, however. Some argued, for example, that the archaeological and marine evidence was not accurate enough to demonstrate a robust correlation between drought and societal change in Mesopotamia. 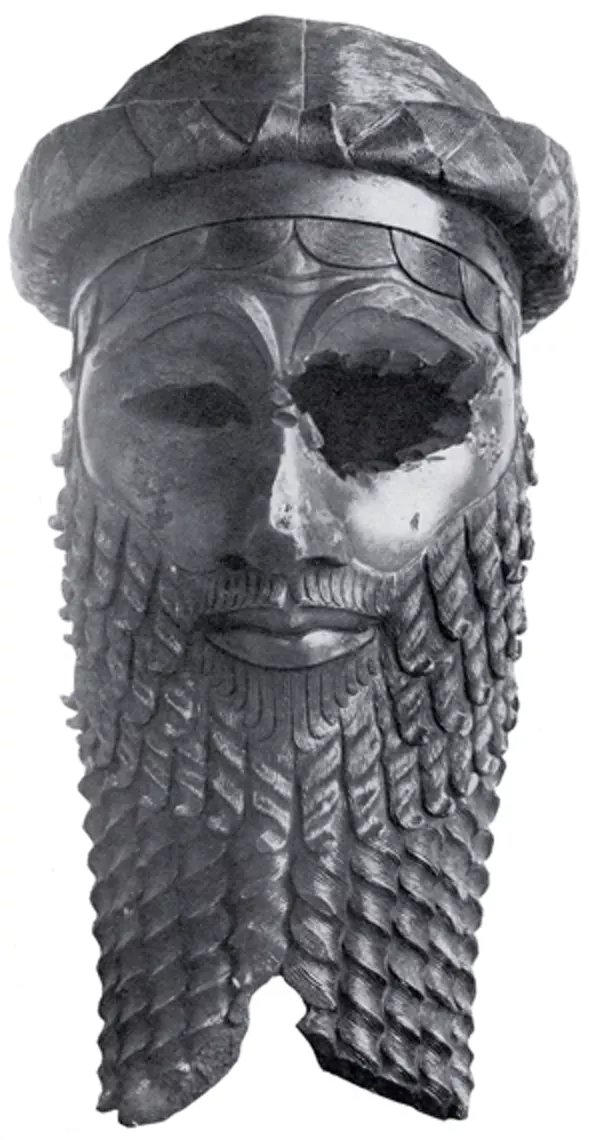 Now, stalagmite data from Iran sheds new light on the controversy. In a study published in the journal PNAS, led by Oxford palaeoclimatologist Stacy Carolin, colleagues and I provide a very well dated and high resolution record of dust activity between 5,200 and 3,700 years ago. And cave dust from Iran can tell us a surprising amount about climate history elsewhere.

Gol-e-Zard Cave might be several hundred miles to the east of the former Akkadian Empire, but it is directly downwind. As a result, around 90% of the region’s dust originates in the deserts of Syria and Iraq. 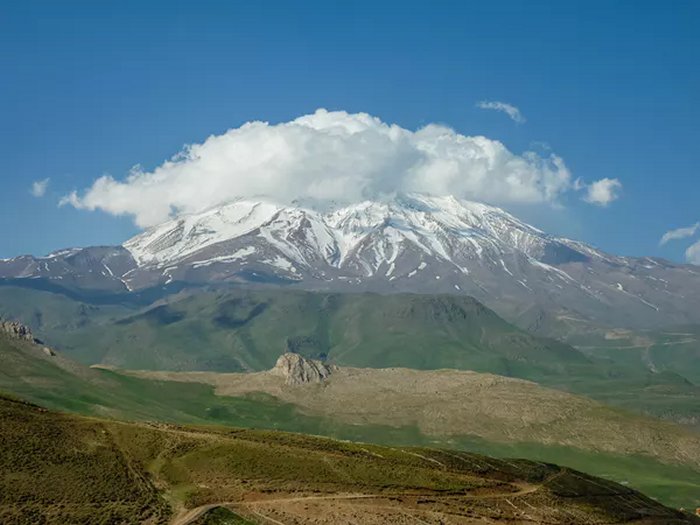 Mount Damavand is a ‘potentially active’ volcano, and the highest peak in Iran. Gol-e-Zard Cave is nearby. Vasile Ersek, Author provided

That desert dust has a higher concentration of magnesium than the local limestone which forms most of Gol-e-Zard’s stalagmites (the ones which grow upwards from the cave floor). Therefore, the amount of magnesium in the Gol-e-Zard stalagmites can be used as an indicator of dustiness at the surface, with higher magnesium concentrations indicating dustier periods, and by extension drier conditions.

Sargon Of Akkad – Prominent Leader Who Rose Out Of Obscurity

The stalagmites have the additional advantage that they can be dated very precisely using uranium-thorium chronology. Combining these methods, our new study provides a detailed history of dustiness in the area, and identifies two major drought periods which started 4,510 and 4,260 years ago, and lasted 110 and 290 years respectively. The latter event occurs precisely at the time of the Akkadian Empire’s collapse and provides a strong argument that climate change was at least in part responsible.

The collapse was followed by mass migration from north to south which was met with resistance by the local populations. A 180km wall – the “Repeller of the Amorites” – was even built between the Tigris and Euphrates in an effort to control immigration, not unlike some strategies proposed today. The stories of abrupt climate change in the Middle East therefore echo over millennia to the present day.