David Tee - AncientPages.com  - Ancus Marcius, (677 to 617 BC), was the descendant of a man who was a good friend to Rome’s second and beloved King Numa Pompilius. It is said that his mother was a direct descendant and that Ancus was actually the grandson of Numa Pompilius. 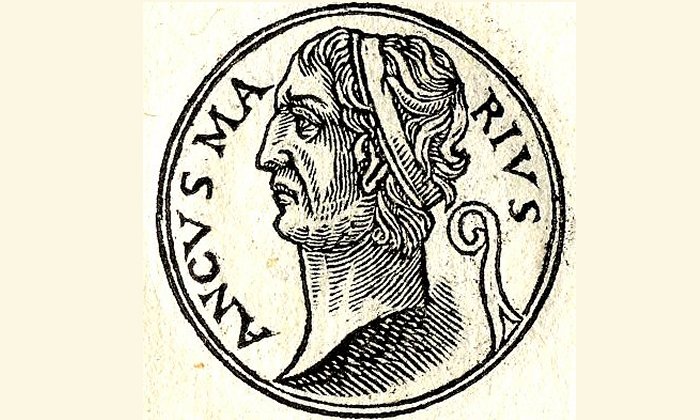 Ancus Martius was the fourth of the Kings of Rome. Image credit: Guillaume Rouille (1518?-1589) - Public Domain

It was this connection that helped get Ancus Marcius elected as the fourth Roman king after the demise of Tullus Hostilius. Learning from the mistakes of his immediate predecessor, Ancus restored the religious practices of his grandfather and followed them intently.

It was his first act as the new regent of Rome that established Marcius’ reputation. He had the Pontifex Maximus copy the religious texts of his grandfather, Numa Pompilius, and display those texts publicly so that no one would forget them or follow their instructions incorrectly.

Yet, it was his religious reputation that did not bring peace to his kingdom. Ancus Marcius was seen as a weak king because of his religious practices. This led his enemies to continually attack Roman land.

Ancus did not back down and did not take the theft of his land lightly. What he did do was follow the religious instructions on how to start a war. He is the first Roman king to go to war or even declare war according to the rites of the priests of ancient Rome, fetials.

After the defeat of the Latins in his first campaign, he brought the vanquished people into Rome as per Roman customs and made them citizens of the cities.

Ancus Marcius And His Accomplishments In Rome

Being victorious in war was not Ancus’ only accomplishment. When he brought the Janiculum into the city, he fortified the area with a wall. Plus, he built the first bridge, the Pons Sublicius, over the Tiber River to make sure that are was connected to the main part of Rome. 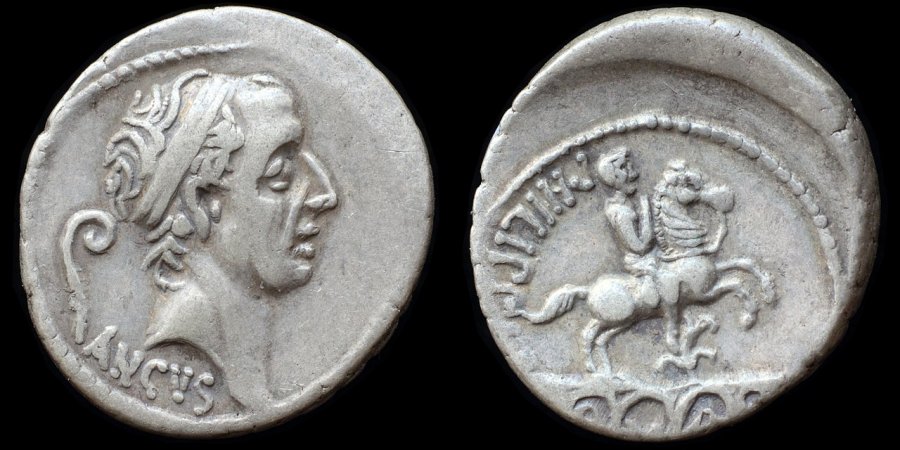 Marcius also took time to build the Fossa Quiritium, this was a ditch fortification to help protect the city from any eventual attack. Unfortunately, Rome was growing larger under his rule. This meant that Marcius had to deal with the rising crime rate.

This issue led him to build the first Roman prison called the Mamertine prison. Rome did not remain a small territory under Marcius’ reign. The king was able to expand its territorial holding by conquering the region surrounding Ostia.

There is some debate as to whether he actually founded the port or not, but his taking of the territory has been confirmed. His territorial land grab continued as he eventually captured the Silva Maesia a forest north of the Tiber River. He took the land from the Veientes.

Finally, he took the time to expand the temple of Jupiter Feretrius. This expansion work was done in honor of his territorial gains. In comparison, Ancus Marcius’ rule was broader and better than his predecessor Tullus Hostilius’s rule. Although the former had to battle a rising crime rate, the latter did not have to contend with it.

By the time Marcius died in 616 BC he had a lot of accomplishments to his name. Although he did not start the wars he fought, he somehow came out the victor each time. His religious beliefs gave him the appearance of weakness and his enemies tried to take advantage of that perceived vulnerability.

Marcius’ time as king was not spent in warfare like his immediate predecessor, Tullis Hostilius. While he waged war, he still had ample time to improve the city, its defenses and enlarged its citizenry.

His biggest blot on his record is the fact that he seemed powerless to stop the growing crime rate. History does not record which of the many different people that occupied the city were to blame for the crimes committed.

All history says on the subject is that Marcius had to build the first prison to deal with the issue. In spite of this, he ushered in a golden age of religion that was to last through his next two successors at least.

Marcius died in 616 BC at the age of 60. His death came from natural causes which cannot be said of his successor Lucius Tarquinius Priscus. The latter was assassinated by the sons of the former.

Hooke N. The Roman history, from the building of Rome to the ruin of the commonwealth