A. Sutherland  - AncientPages.com - In the mythology of Maya peoples from the Yucatán Peninsula and Guatemala, there are tales of curious creatures called aluxes. They are believed to be guardians of nature. They are often compared to elves, mythical creatures with magical powers. 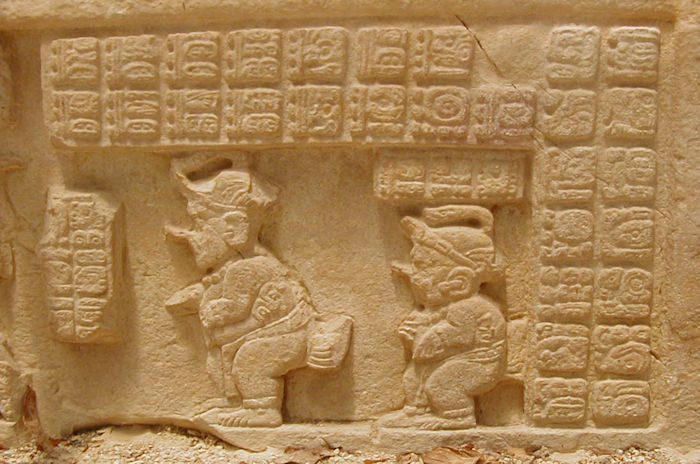 Aluxes in Yaxchilán, Chiapas - The creatures are particularly popular in the Yucatan peninsula and in certain places in Belize and Guatemala. Credit: Jami Dwyer - Public Domain

The aluxes’ (in plural: ‘aluxo'ob,’) appearance is somewhat enigmatic and depends on different ancient cultural traditions. They can be sometimes associated with a leprechaun in Celtic folklore. Otherwise, Aluxes are small, approximately knee-high beings resembling miniatures of traditionally dressed Maya people.

However, according to other descriptions, depending on the tribe's original folklore, they can be between three and six feet tall and hairless. The creatures move into the area where a new farm is established. If they are treated with respect, they can be very helpful and are considered benevolent creatures, faithful to their owners but mischievous with strangers.

It is not recommended to talk and even name the alux loudly because the creature can be annoyed and leave its small house, causing a lot of trouble.

When the properties of their owners are passed on to others, the aluxes would appear and frighten the children. To appease them, the new owners are advised to give them food, honey, corn, and even cigarettes.

They are usually invisible but have the capability to assume human form to communicate with people, behave normally or frighten them if they want to. In this case, they can be compared to the pukwudgies, grey-faced humanoid creatures in Native American beliefs, which are said to be tricksters, and troublemakers, wreaking havoc, damaging crop fields, and spreading diseases.

The alux is generally associated with forests, caves, stones, cenotes, and fields but can also be tempted to move to another place in exchange for offerings.

Mayan farmers were always aware of their presence and were said to build a small two-story house in the middle of their cornfields, where the alux would live.

In this way, the creature would protect the field at night, summon rain and help grow the corn during the first seven years. When those seven years ended, the farmer must seal all openings in this little house to keep the alux inside.

If this was not done properly, the alux could run wild and start playing tricks on people. 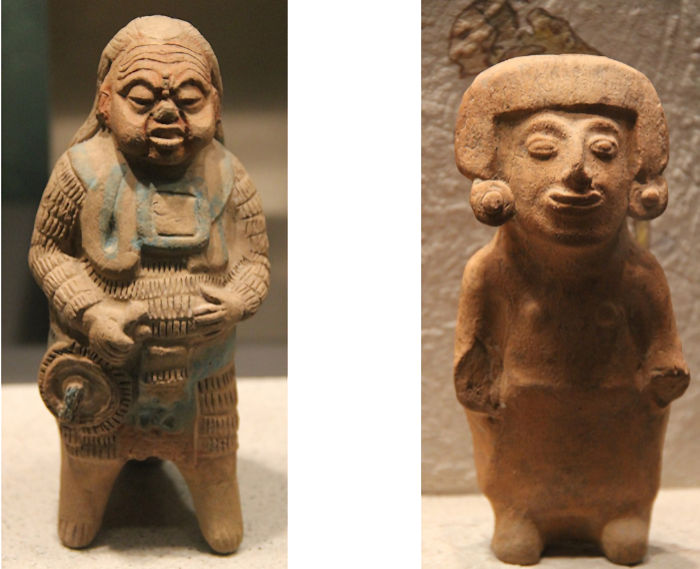 Although the Maya folklore associated with the aluxes is very old, the tradition of building the so-called kahtal alux, ("houses of the alux") is still alive among contemporary Mayans, although no one is able to explain why.

Other cultures have also strange stories of little creatures: the Shoshone tribe of Native Americans that originally lived in what is now Idaho, Wyoming, Nevada, and Utah.

They have stories of tiny people known as the nimerigar. Many say these creatures are nothing more than just myths.

We cannot say, however, that all stories about the little people are fantasies. The physical remains of tiny people have been reported in various locations (mostly in caves) in the western United States, especially in Montana and Wyoming. One such discovery made in 1932, and later known as the Pedro mummy, was reported by two prospectors, Frank Carr and Cecil Main, who found it accidentally in a cave in the Pedro Mountains of Wyoming. As Carr and Main said, the mummy (only six inches tall in its seated position but with all proportions of an adult) had been sitting upright on a ledge in the cave, as if it had been waiting for them.

In most cases, these small beings were discovered in caves. Examination of the small bodies has been conducted, but the results of the studies have not always been revealed to the public.