Jeramy Neugin - AncientPages.com -  The Cherokee used the spirits of their ancestors as talismans of protection against harm. After the home was smoked, dirt from the family cemetery was laid around the outside of the house, as a protective barrier then saged. This way the ancestor spirits could enter, but others that would do harm could not. 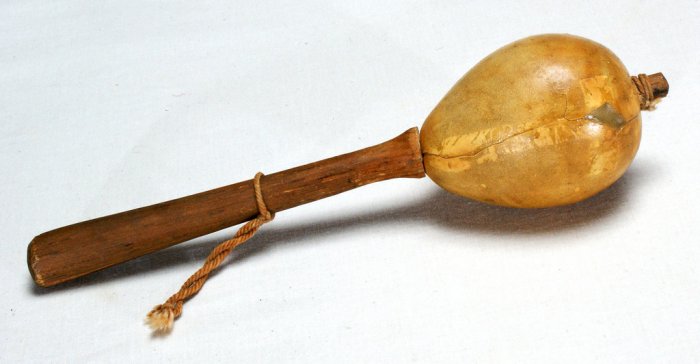 Shaman, Medicine Man, Witch And Conjurers – What Is The Difference?

Before one can explain the use of gourd rattles, it’s important to understand the difference between Shamans, Medicine Men, Witches, and Conjurers. Shamans deal with spiritual, inner discovery. They often act as a guide through trips into your subconscious mind or dreams.

Medicine Man is more like its namesake, dealing with healing plants, setting bones, or treatment of illness. Witch is a dark magician, man or woman, it applies to both. Think Harry Potter death eaters, a group of dark wizards. Conjurers acted as a combination of police officers, judges, military heads, history and traditions keepers, paranormal investigators. They are very similar to the old Catholic priests. 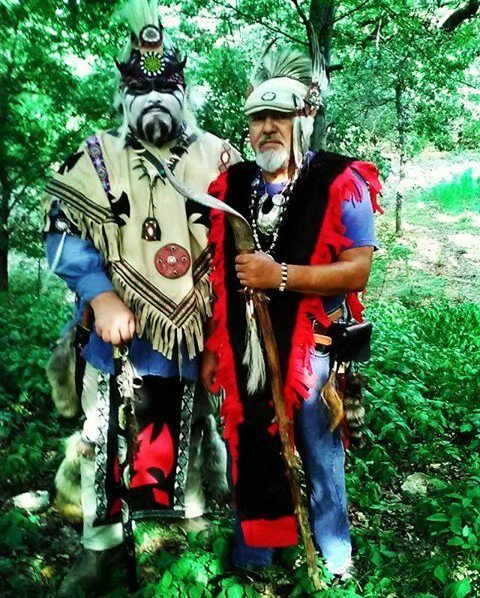 Magic, both sleight of hand and Mysticism was once a big part of Cherokee culture. Everyone in the tribe could perform some type of Magic. After the Trail of Tears, it was reduced to just a handful of myths and legends, the magic that went with it was destroyed.

The Purpose And Meaning Of Gourd Rattles

Carved masks decorated the walls of some homes, known as "booger masks" (after the old English word for a goblin). These were carved with their eyes closed and not meant to be worn. They were for the protective spirits to wear. If they saw that a mask had its eyes open, witches or dark spirits were near.

Jeramy Neugin explains the use and meaning of Cherokee gourd rattles.

Gourd rattles were carried by both children and adults. Cherokee children were not allowed, under any circumstances to be outside after dark.

The underworld of the dead known as the darkening lands is far away, beyond the horizon, but when the sun goes down, it is free to run rampant with the moon.

If the dark-eyed children didn't lure them away, there were a race of cannibalistic water people who were eager to feed.

Because of these and great other things that plagued the daily life of the Cherokee Gourd rattles were made. These were carried always by children and adults. small ones as a necklace, or larger ones attached with a handle worn at the waist. These were ceremonially gathered, smoked, and prepared by Conjurers, with seven stones from the family cemetery inside. That way, their ancestors walked with them wherever they went, decorated with beadwork, some with silver jangles and Ruby.

When sensing danger and shaken in the dark, the rattles gave the same fearsome warning and sense of dread as brother rattlesnake. Whatever makes that rattle is something to avoid.

About the author: Jeramy Neugin and his father Bobby are professional magic duo performing throughout Oklahoma.
Located in Historic Lost City Oklahoma, they are the only father and son professional magic act as well as being the only Cherokee performers, a rich heritage of Cherokee magicians going all the way back to their ancestor Rebbecca Neugin, the last surviving member of the Trail of Tears, who was known to dabble in magic and speak to helpful spirits known to the Cherokee as ‘the little people'.
Visit their site to learn more