Conny Waters - AncientPages.com - Historians estimate that a few thousand Europeans were studying at one of the Middle Ages universities, every year.

Respected and eminent teachers were very popular and their charisma strongly influenced the number of students.

Famous professors could attract students from all over Europe. 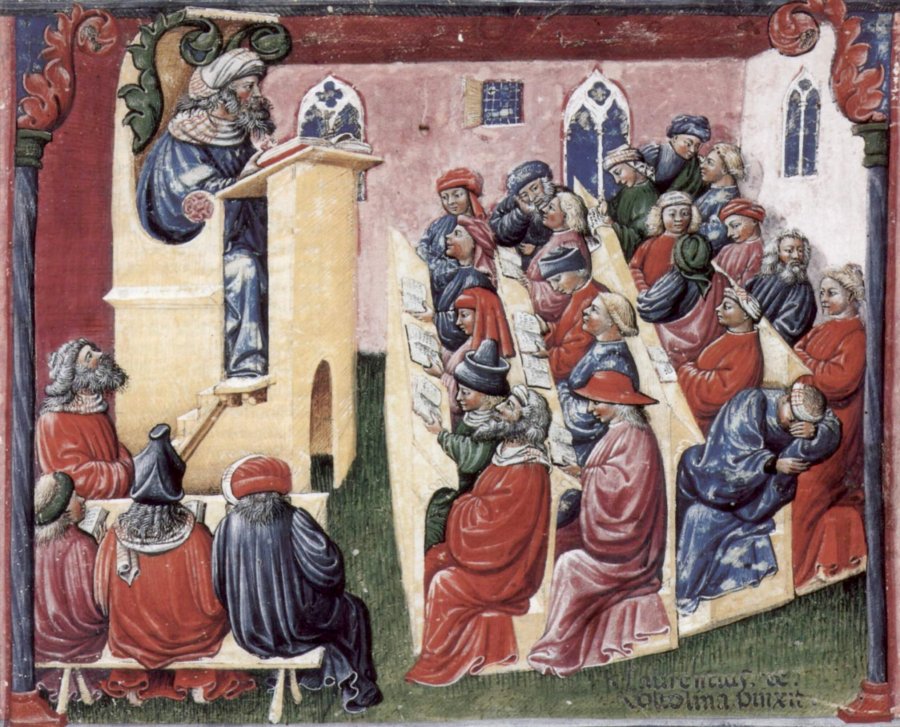 Until the late 12th century, a university was not a physical place but rather a concept of an association of students and teachers. The Latin word for ‘university’ is a ‘union’.

The teaching took place in monasteries, private home or another place, suitable enough for a group of students.

Only a small fraction of the students who enrolled in universities in the Middle Ages completed
their studies and were awarded degrees.

Also, we shouldn't forget as previously mentioned on Ancient Pages, there is evidence that teaching in Oxford began as far back as 1096, making it the oldest university in the English-speaking world. It is also one of the world's oldest university in continuous operation. Actually, Oxford University is older than the Aztec Empire. 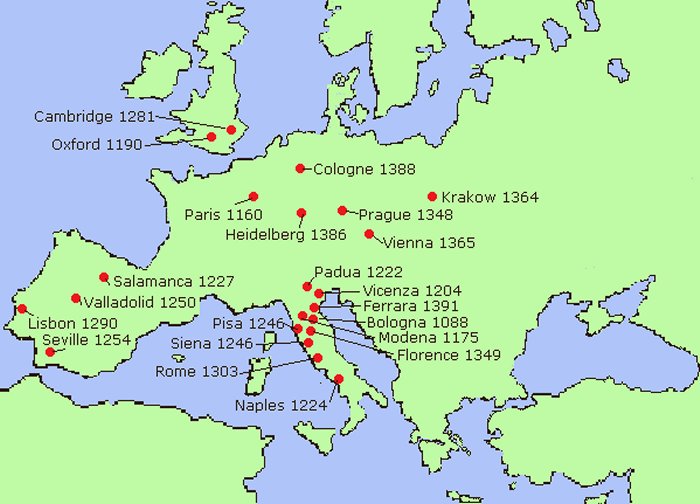 Universities in the Middle Ages.

A university education was never cheap in the Middle Ages. Fees for attending universities were not clearly defined. There were no course catalogs, no lab fees.

Students had to pay the cost of travel to the university, room, drink and food. They paid fees for lectures, parchment, ink and the rental or purchase of texts. Additionally, there were also fees for joining a 'nation' or another student group.

However, failing to complete a degree did not mean that the time spent at the university was the waste
of time. On the contrary, even without obtaining a formal degree, was very useful and provided many students with an education and credentials sufficient enough for successful careers.

P. B. Newman, 'Growing Up in the Middle Ages'