Jeramy Neugin - AncientPages.com - We used crystals as part of our way of life.

Once, every Cherokee kept one. Wrapped in deerskin and hidden. It was their most sacred possession. They held it before bed and thought about their day, specifically something of importance or interest.

When the Cherokee left this realm of existence, they spend a period of time as a spirit. The son, daughter, or next in line gains possession of the crystal and will use it to call on them in time of need. 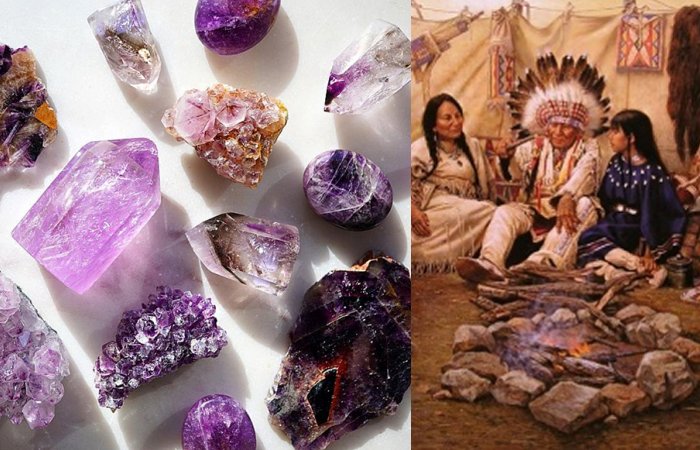 The spirit of the previous owner could share the memory of their experience with the new owner of the crystal. We prayed to some gods. Some spirits. We prayed to our ancestors more. They would have more understanding, mercy, and more willing to help than gods. Some homes had huge caches of crystals from many ancestors, kept as a library. If someone discovered the crystals, handled them improperly, the connection to the ancestors could be broken and lost.

The Conjurers of the tribe wore theirs in the open or carried them with them. They were the only ones who could. They worked for the protection and kept the history, traditions of the tribe. Their crystal was used to call on many spirits, outside their family and often used to call up the little people (a type of fairy similar to the leprechaun of Irish myth or imp.)

These were the first users of Magic and introduced them to the Cherokee. They are also beings who could travel in and out of the spirit world. They were often called on for help in finding lost objects, children, or investigating and helping fight off supernatural things like dark witches or spirits with their knowledge. They'd share some of the crystals kept by the Conjurers. They were the size of couches and could be used to communicate openly with spirits, gods, or star people. When whites began trading with the Cherokee, peacock feathers were a valuable trading item to the Conjurers.

It became the feather badge of office to show they were the magician of the tribe because it was said that it closely resembled the headdresses worn by the people from the stars that they would sometimes encounter. When they left, if no apprentice or offspring to take their place was available, their crystal was buried in the base of tree lightning struck but still lived. 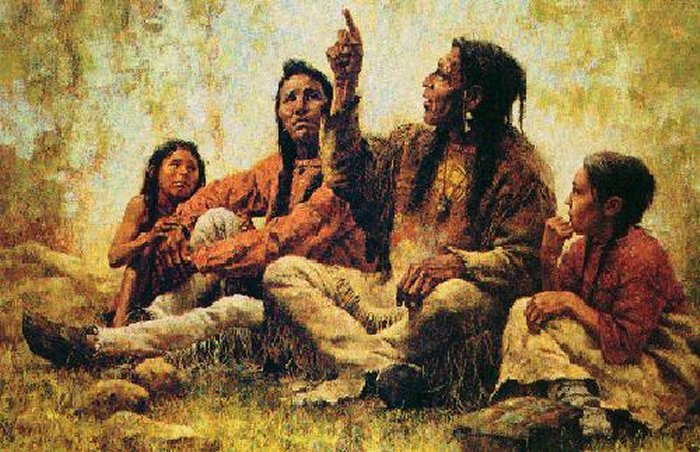 The Cherokee have a rich oral tradition. Credit: Public Domain

Along with any wands or tools, the Conjurer had, which would also be made from lightning-struck wood. That is because the tree had strong Magical properties. There, it would lay Waiting for lightning to strike again or for one who found it and took the calling of tribal Magician or Conjurer. Conjurers or priests were once a noble term The Cherokee used to call both men and women Magicians.

Once, there were Conjurers or priests for specific occasions. wedding, war, sick, farming, supernatural, etc. The witch was also a term given to both males and females who performed the dark arts, Magic designed to shapeshifting, cause death, or do harm.

After the missionaries got total control over the people during and after the removal, Conjurer, which was taught to mean the same. That they were both evil and priests only held meaning if they were white and had a different religion.

The most valuable crystal was one that came from the great serpent god Uktena. Its crystal was found embedded near its head that a Conjurer would kill and take.

Human hands could not touch it, or the body would be eaten away from the inside as if bitten by a snake. It was wrapped in seven layers of deerskin and picked up or held by deerskin. Periodically it must be bathed in blood. It was a prized object in Magic because it warded off all evil and whoever looked in it, could see their future, and know when they were to die and how. Knowledge one could use to prolong their life by avoiding that fate.

After consulting with the crystal and they still couldn't find an answer,  the Conjurers would hold a white marble or bead in one hand, a black one in the other. As they watched, the spirits would make one of them move.

The black one was no, the white one yes.

Many Crystals Were Destroyed During The Trail Of Tears

During the forced removal of the Cherokee known as the Trail of Tears, many tried to hide or bury their family crystals from the soldiers coming in. Nearly all were found and destroyed. One of the Conjurers last acts was to smuggle a crystal from the Uktena to Tahlequah Oklahoma, the capital city of the Cherokee Nation. 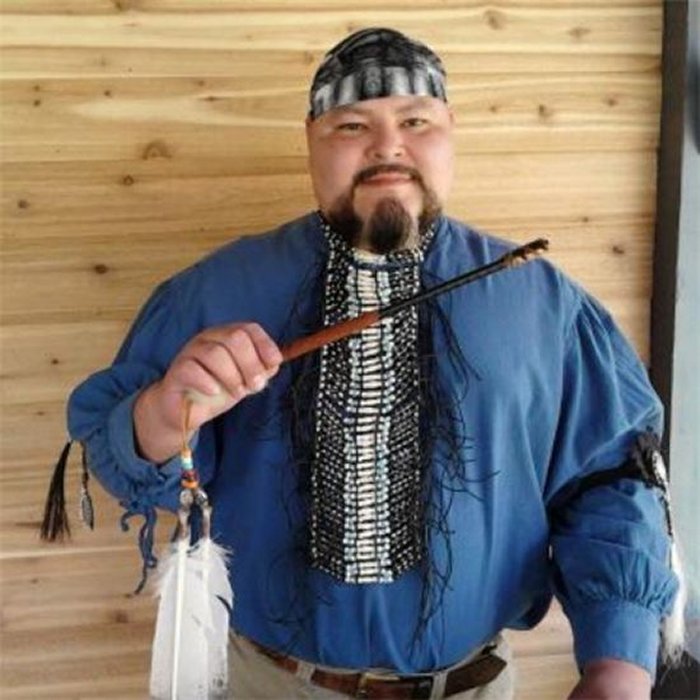 There it was said that before the poison took him because he couldn't keep it hidden, wrapped in the seven deerskins that shielded him from its power, the crystal was buried, placed in one of the many streams that flowed around the settlement giving power to the great serpent and water god to use it's Magic to protect the Cherokee people and keep them from being forcibly removed again.

About the author: Jeramy Neugin and his father Bobby is a professional magic duo performing throughout Oklahoma.
Located in Historic Lost City Oklahoma, they are the only father and son professional magic act as well as being the only Cherokee performers, a rich heritage of Cherokee magicians going all the way back to their ancestor Rebbecca Neugin, the last surviving member of the Trail of Tears, who was known to dabble in magic and speak to helpful spirits known to the Cherokee as ‘the little people’.
Visit their site to learn more