Conny Waters - AncientPages.com - Have you ever wondered what the current Chinese calendar is called?

In ancient China, there were many different calendars. The current Chinese calendar was defined by Emperor Wu of the Han Dynasty in 104 BC. It was called the Tai Chu calendar. 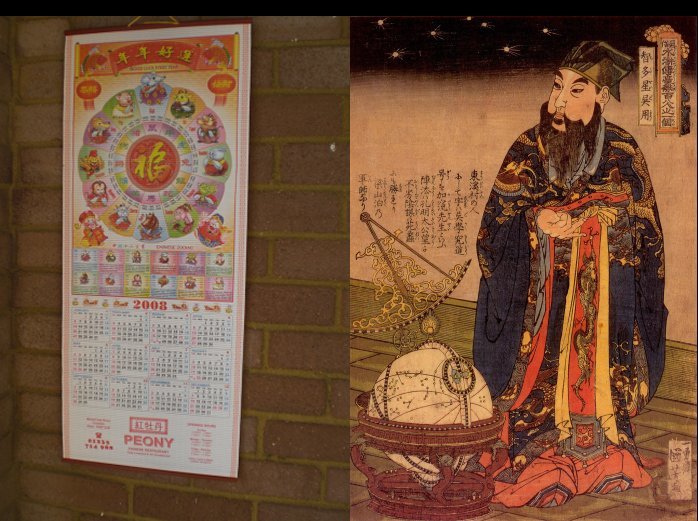 The traditional Chinese calendar is a combination of a solar calendar, based on the “position” of the Sun and the resultant seasonal phenomena, and a lunar calendar that follows the lunar phases.

Like in other ancient cultures, Chinese calendars were used to determine days of festivities or natural events, like solar eclipses, and to prognosticate auspicious or non-auspicious days.

The Chinese calendar cycles through 12 animals: the rat, ox, tiger, rabbit, dragon, snake, horse, sheep, monkey, rooster, dog, and pig. There is also an element associated with each year of the Chinese calendar. These elements are wood, fire, earth, metal, and water.

According to the new calendar, a year had 365.2502 days and a month 29.53086 days. The Tai Chu calendar started the New Year in January rather than October. Besides, the new calendar adopted the 24 solar terms, which were useful for the farming season. Based on the results from celestial measurement and records by court astronomers, the Tai Chu Calendar also worked out the cycle of solar eclipse - 135 months.

The first relatively complete calendar in China, the Tai Chu Calendar was also the most advanced of its kind in the world at its time and was used for a period of 189 years after its inception.