A. Sutherland  - AncientPages.com  - Ancient astronomical observatories can be found on both American continents and elsewhere. Ancient people who built ziggurats, temples, and observatories, aligned them to exact celestial orientations and carefully observed the sky, understood celestial movements, cycles of the moon, sun, stars. 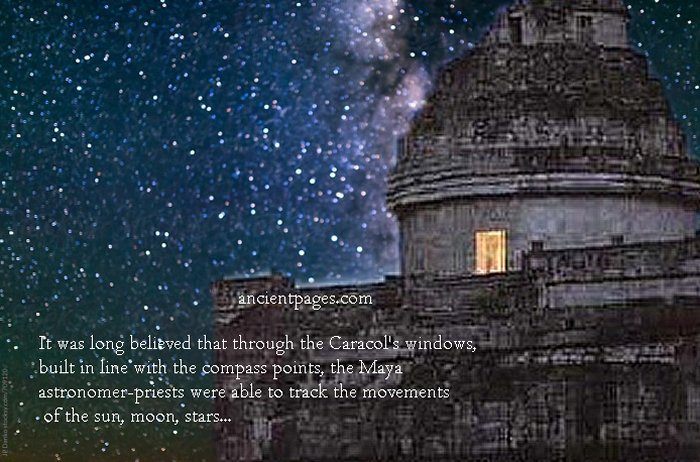 The Aztecs worshiped the Pleiades, and the Maya had a cult of Venus ("the morning star"). Despite the lack of advanced technology, the Mayans were great astronomers. Their observations were so accurate that they could predict solar and moon eclipses, describe the movement of planets in the solar system and create very precise calendars.

A Mayan pyramid, El Castillo, has windows in the top of the pyramid, aligned with sunrises at the solstices and alignments with the sunset points of the equinoxes.

It is located in the pre-Columbian city of Chichen Itza, one of the most famous Maya cities, which – like Uxmal - flourished around 800 AD. However, Chichen Itza still had its influence while other Mayan cities were abandoned and ruined. 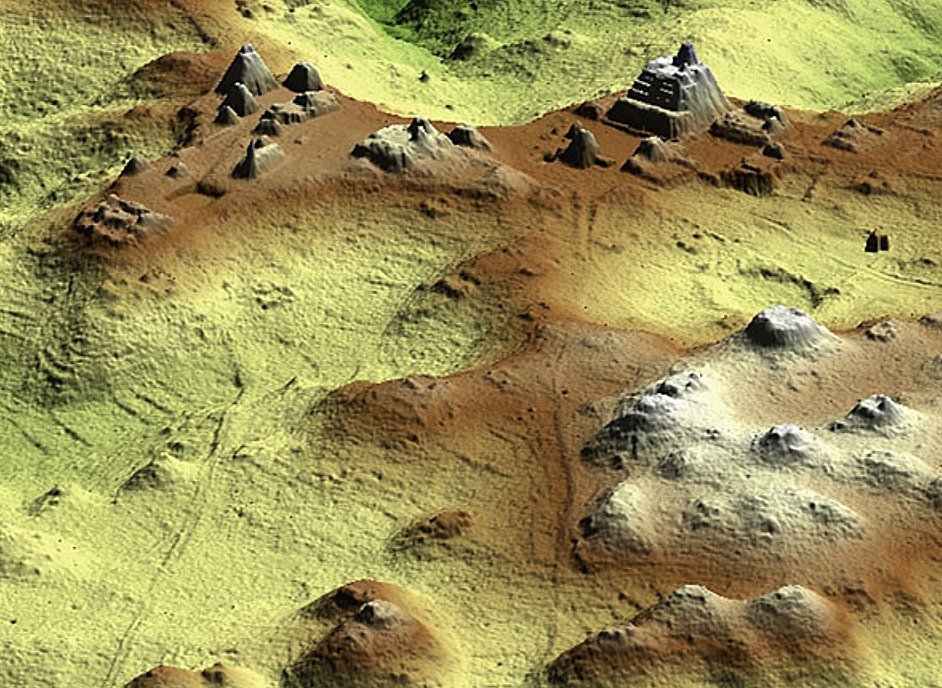 Also at Chichen Itza, there is another example of advanced Mesoamerican astronomy of old times. It is the 74-foot high building nicknamed ‘El Caracol’ ("Snail"), which is believed to be an ancient observatory.

Its name refers to the spiral shape of the stairs (leading to the top of the observatory) and located inside the El Caracol’s circular tower, with orientations intentionally designed to mark important alignments with Sun and planet Venus (recorded in the Dresden Codex), and the setting sun at the equinox.

There is the solstice diagonal of the upper platform, the zenith passage sunset, and the Venus northernmost setting.

It is known that El Caracol was a monument related to Kukulcan (Quetzalcoatl), who in the 9th-century texts at Chichen Itza was never identified as human and artistic representations depicted him as a ‘Vision Serpent’ entwined around the figures of nobles.

Not much more it is known for sure about El Caracol's ancient past. Many researchers have speculated on the purpose of the structure and its precise function.

It was long believed that through the windows, built-in line with the compass points, the Maya astronomer-priests were able to track the movements of the sun, moon, and stars. Many windows of El Caracol are located so that they allow observation of certain phenomena in the sky, such as the setting sun during the spring equinox.

Indeed, the structure looks like an observatory, but there is no ancient evidence attesting its use.

“… while stellar observations might have been important, there are too many possibilities – too many bright stars – to place much credence on any apparent stellar alignments that have been found.” (Clive L.N. Ruggles, Ancient Astronomy). 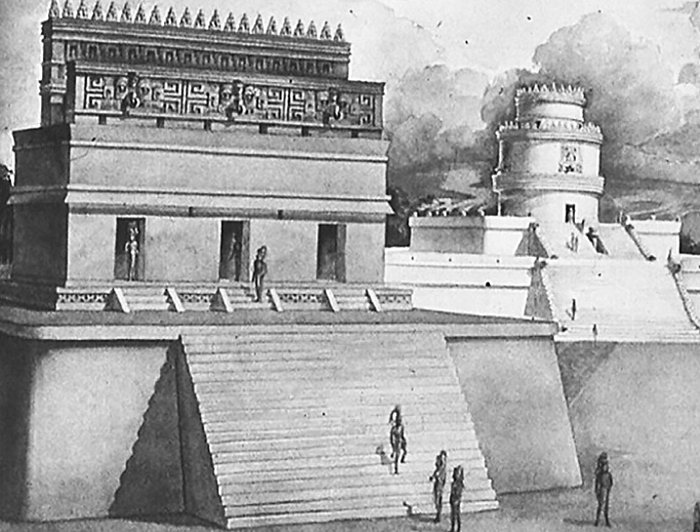 The Caracol Tower seen from the Casa Colorada. (T. Proskouriakoff, 1946, An Album of Maya Architecture)

The two of the three surviving windows were perfectly placed for observing Venus; however, the Maya also focused much on observations of the Moon and what else? From the top of the prehistoric El Caracol, the whole sky is clearly seen, because it is not covered by other buildings or trees of the lush forest growing on the Yucatán peninsula.

“The most probably the mysterious Caracol had nothing to do with astronomical observations at all…” according to Ruggles. 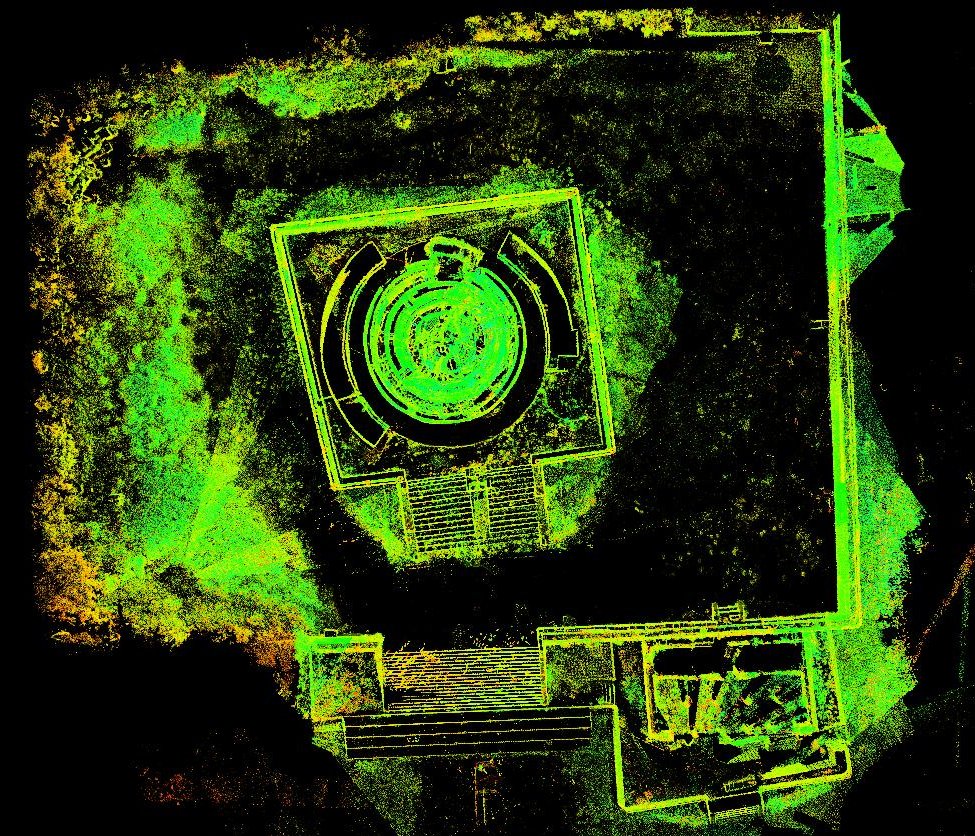 Or perhaps it was designed to study a multitude of astronomical phenomena, including the Moon and, especially, Venus.

Apparently, they did not. “… a simple sun clock, a gnomon, would suffice to provide enough daily and seasonal information,” Zecharia Sitchin writes in his book “The Lost Realms,”

“It is customary among scholars to attribute ancient man's astronomical endeavors to the needs of an agricultural society for a calendar telling it when to sow and when to reap. This explanation has been taken for granted far too long. A farmer tilling the land year after year can judge the change of seasons and the coming of rains better than an astronomer…”

According to Sitchin, primitive societies surviving on agriculture have been found in remote parts of the world. The fact remains that these people have lived and fed themselves for generations without astronomers and a precise calendar.