A. Sutherland - AncientPages.com - The story of Hua Mulan, a tough, brave young female warrior is related to the Three Kingdoms Period (220–280), a very chaotic and difficult time of war and stagnation when China was divided by three powerful regimes: Wei, Shu, and Wu.

Still, during these so-called dark Middle Ages Of China, it was a time full of inspiration for creating beautiful tales, poems, and stories about popular historical figures, heroes, and love. 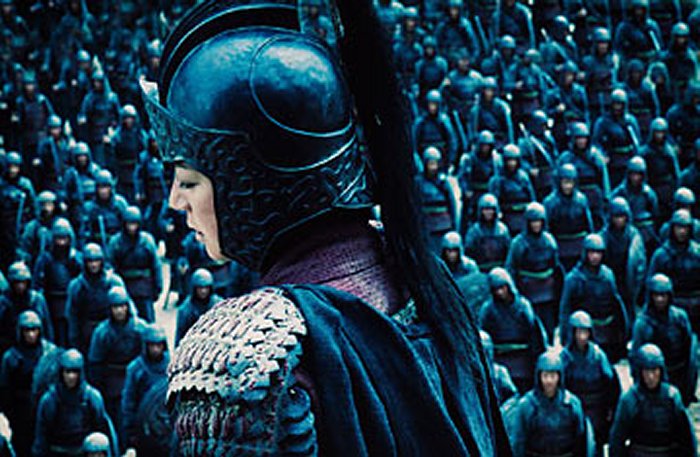 The Chinese heroine Hua Mulan is one of the oldest and most enduring examples of a woman who becomes a warrior because of her role as a daughter. She was the subject of the “Poem of Mulan”, which undoubtedly was an inspiration to other similar Mulan stories, handed over from one generation to another.

Historians have long debated whether she was a real historical figure. In China, however, a number of variations of the Mulan story survived at least 1,500 years. It has been told in Chinese operas, plays, folk tales, and now video games. It is included in the Chinese school textbooks and inspired writers, artists, and storytellers. In 1998, her story was adapted for an animated cartoon by Disney to great acclaim all over the world.

The “Poem of Mulan” appeared in a twelfth-century poetry anthology compiled by Guo Maoqian (1041 - 1099), who attributes it to an old, sixth-century, source that no longer exists.

We have to rely on this poem because the available information about her life and deeds is really very limited or even nonexistent.

The poem tells about a devoted daughter who entered the battlefield under the disguise of a man, she defended her elderly father, who was a brave man and a warrior. The girl changed her clothes and fought on equal terms with men.

In general, this is not just a story about a girl; this is about the traditional Chinese virtues including loyalty, devotion to parents, courage, and honor. 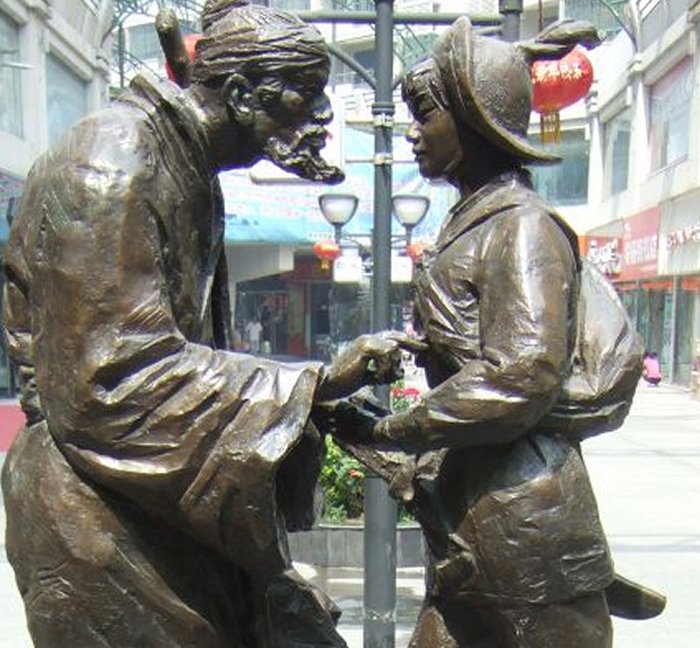 An iron statue of Mulan being welcomed home, in the city of Xinxiang, China. Image credit: Kruuth - -CC BY-SA 3.0

Mulan (her name 'Mu-lan' means 'Magnolia liliiflora', a small tree native to southwest China) was born in a small village in northern China and probably lived from 581 to 618 AD (or between 386 and 534 AD, according to other versions). Her father was a soldier and raised Mulan like a boy.

She learned weaving and embroidery from her mother but also trained in archery, martial arts, equitation, and fencing with her father. Additionally, she devoted time to reading her father’s manuals on military strategy.

Her father was already very old, but he responded to the request of the emperor and was about to go to war. It was then, that Mulan decided to go instead of his father to the war. She realized that his age and health may not allow him to successfully fight, survive and return home. Mulan’s brother was too young and had to stay at home.

She purchased a horse, weapons, and armor and disguised herself as a man, as women were excluded from joining the all-male military.

She decided to join the army to fulfill her obligations. With the blessings of her father, Mulan left home and fought for more than ten years, and no one realized that a girl was hiding under the clothes of a man.

She led the army from one victory to another, the emperor personally noted the courage of the soldier who inspired his companions and contributed to so many battlefield successes. After more than ten years, the enemy had been finally defeated, but only the bravest men returned.

Among them, there was also Mulan and her long-time comrades. The emperor learned that the warrior who led his troops was a woman. He met them all and offered them honorary ranks, appointments at court, and rewards. In one later version of the Mulan story, she was even offered to be the emperor’s consort but she refused.

Hua Mulan was very tired and all she wanted was a fast horse to take her home. Giving up the awards given by the emperor, the brave female warrior returned home.

Once there, she went into the house and put on a woman’s clothing and makeup. She did not need a disguise anymore.

Yi Gang, The Story of Mulan