A. Sutherland - AncientPages.com - An extremely high-tech civilization existed in the distant past of our planet. We currently know nothing about these beings.

Most of what we can learn about prehistoric people is from the artifacts they left behind. 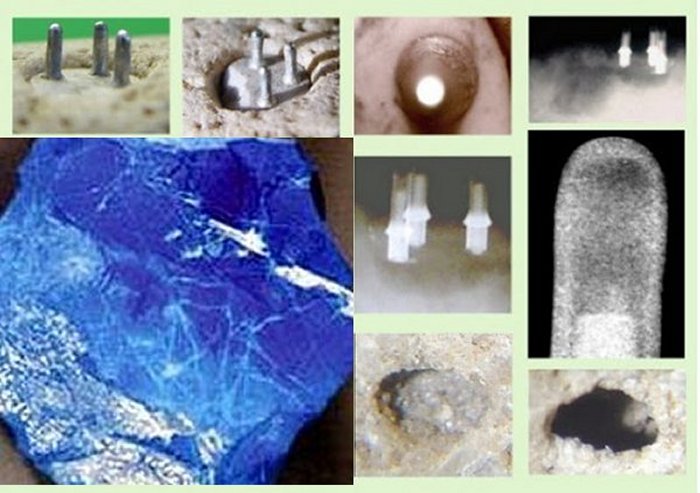 However, certain prehistoric findings seem to be extremely frustrating when it comes to analyzing their unknown properties.

One of them is the three-pronged plug embedded in a small piece of granite. 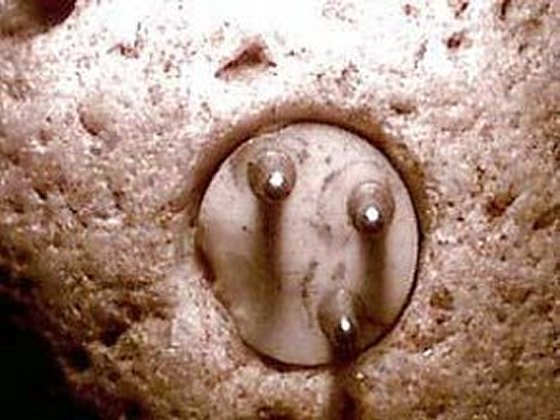 Despite that the artifact is available to any researcher for analysis, not many of them decided to test it! Instead, the artifact has been categorized as a hoax - without any examination.

Is there something we are afraid of discovering?

The matrix component extends into an opaque internal structure within the stone.

Like many other precious, though undervalued artifacts, it may constitute a proof that an unknown advanced civilization mastered sophisticated technology long before familiar ancient cultures came into existence.

Based on a few, preliminary consultations with an engineer and geologist, the artifact has an appearance of an electronic component embedded in a naturally formed, solid granite stone composed of quartz and feldspar - including very small percentages of mica - already existed at the time of the formation of the rock.

In addition, it resembles an electronic XLR connector or another very similar component and reveals no trace of having been glued or welded.

It shows a weak magnetic attraction, and ohmmeter readings reveal that it has a strength approaching that of an open circuit.

The three-pronged plug is held by a matrix of a thus-far indeterminable origin. The 0.3-inch diameter piece does not appear to be manufactured out of wood, plastic, rubber, metal, or some other recognizable material.

Williams used a powerful X-ray revealing that the matrix component extends into an opaque internal structure within the stone.

The questions remain: Why would the three-pronged plug be embedded in a rock? What purpose would such an object serve?
Geological analysis of the rock has established that the artifact is approximately 100,000 years old.

The further scientific analysis could shed some more light on this controversial, archaeological finding from the distant past and confirm whether it is an elaborate hoax or... a discovery that might also radically change our understanding of human history.

In 1990, an odd type of bluestone was discovered by geologist and archaeologist, Angelo Pitoni during one of his archaeological excavations in Sierra Leone, West Africa. 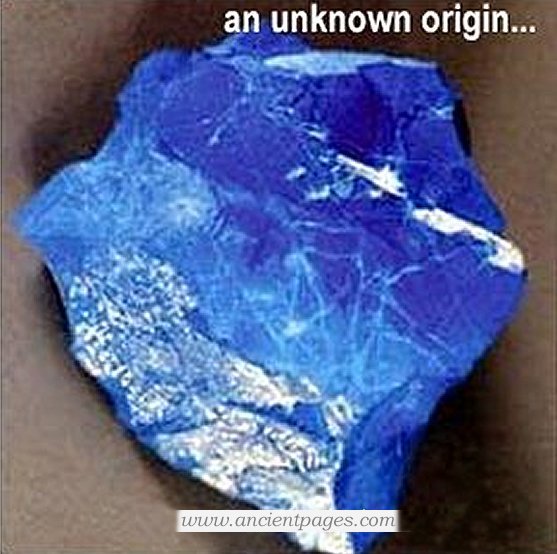 He sent the mysterious stone to be investigated at several laboratories around the world.

The tests were carried out at laboratories of the University of Geneva, the University of Rome, Utrecht, Tokyo, and Freiberg, Germany. All experts say the same thing, namely that the bluestone does not exist because it is not even similar to any type of rock known in nature of this planet! 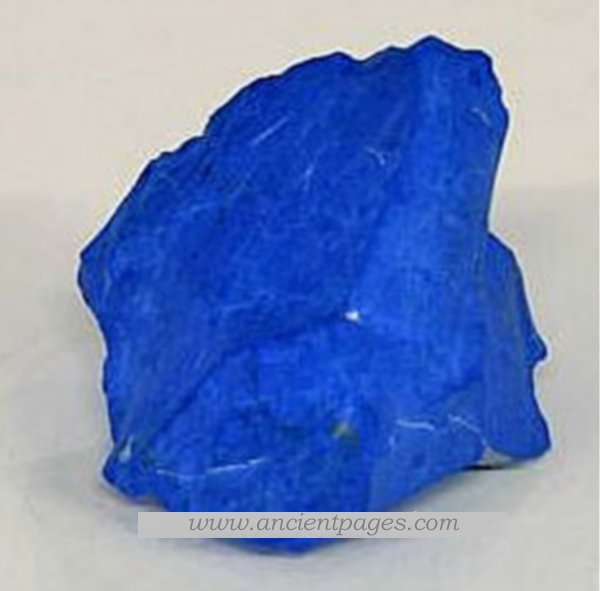 Therefore it must be an artificial stone. Since the stone is blue with thin white veins, it was called "Skystone" or "Stone of Heaven".

Its composition was found to be more than 77% oxygen, along with traces of carbon, silicon, calcium and sodium.
The composition makes the "sky stone" similar to a kind of concrete or stucco and seems to have been artificially colored. The natives living in the area where the stone was found, already knew about its existence because this stone-like artifact used to jump out during the diggings of holes in the ground.

Another mystery related to the stone of heaven is that this artifact is always found in soil layers dating to at least 12000 BC. The stone was certainly produced by an unknown, highly advanced civilization lost in time.

First version of this article was published on MessageToEagle.com on February 27, 2014