Conny Waters - AncientPages.com - Kids will be kids, no matter what country, place or time. Some things are ageless and never go out of fashion.

Many modern children play with computer games, but some of the simplest toys are still as popular as they were thousands of years ago. It seems today’s children enjoy the same things as ancient kids did. 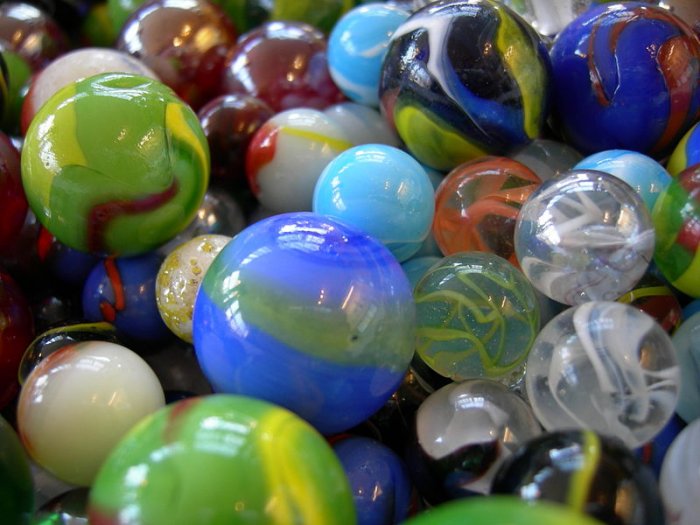 Marble is a small spherical toy often made from glass, clay, steel, plastic. These balls are of different size and type. It’s fair to say it’s one of the simplest toys ever produced, but historical records show playing marbles can be fun.

It is unknown where marbles were first manufactured, but there is archaeological evidence that many games played today were enjoyed by children thousands of years ago. The first original marbles, the ones we are today familiar with were produced by a German glassblower in 1846.

Scientists have discovered small, colorful balls in pyramid tombs, and it seems marbles were part of the daily play of Egyptian children a long time ago. The oldest marble set was unearthed buried with an Egyptian child around 3,000 B.C. in a gravesite at Nagada.

Marbles made of clay have been discovered in prehistoric pueblo ruins in the southwestern United States, and in ancient Mexican ruins. Historians think the Aztecs enjoyed playing with marbles.

World’s Oldest Toy Car – Could This 7500-Year-Old Discovery Be The Earliest Evidence Of The Wheel?

What Was Life Like For Children In Ancient Athens?

It is thought that the Aztecs played a form of marbles. Clay marbles have been found in prehistoric pueblo ruins in the southwestern United States, in the classic periods Valley of Mexico ruins, and in the northern plains.

Small, ancient stone balls, identified by archaeologists as marbles have been unearthed near Mohenjo Daro, India and similar artifact have been discovered at prehistoric sites associated with Chaldeans of Mesopotamia.

In ancient Greece and Rome, children loved to play marbles.  “On the Greek island of Crete, Minoan youths played with highly polished marbles of jasper and agate as early as 1435 B.C. And it is the Greeks, from their term for a polished white agate, marmaros, who gave us the word “marble.” 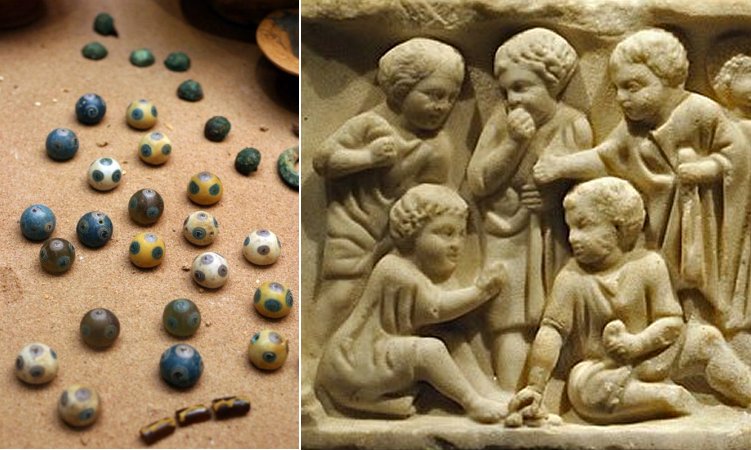 Marbles was a popular game among Roman children. The first Roman emperor, Caesar Augustus, would descend from his litter in order to join street children shooting marble pebbles and galls. Even clear glass marbles, fused from silica and ash, were manufactured in ancient Rome.

Despite the numerous marble artifacts obtained from ruins and the many references to the sport in extant texts, rules on how the game was played do not exist.” (Panati, Charles. Extraordinary Origins of Everyday Things) 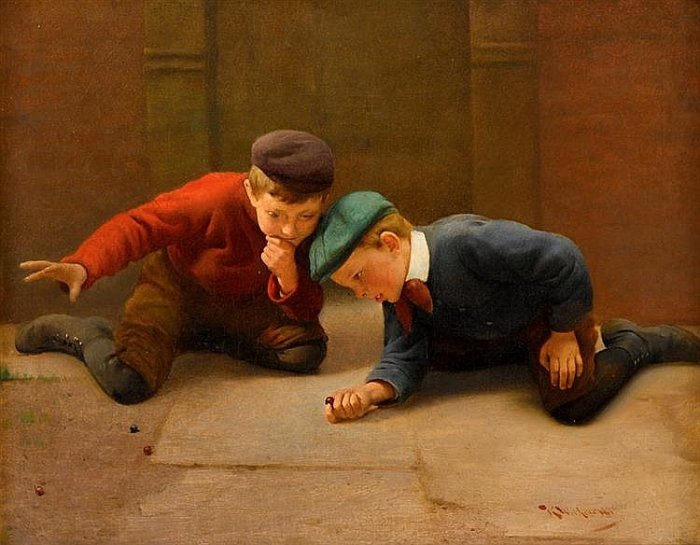 Celtic, Saxon and African children did not have such beautiful glass balls, but they used nuts and olives to play marbles.

We can add that marbles are mentioned in ancient literature and depicted on historical paintings.

It’s fascinating to see how this game developed independently in virtually every ancient culture, and it’s still popular in modern times.