Ellen Lloyd - AncientPages.com - Some admired him and called him a hero, but there were also those who said he was a brutal bandit and coldblooded murderer. His charisma, extraordinary leader skills and courage gave him a legendary status and there is no doubt he made an impression on those he met.

Nevertheless, certain parts of his life are still shrouded in mystery and the story of Pancho Villa keeps fascinating the modern world. 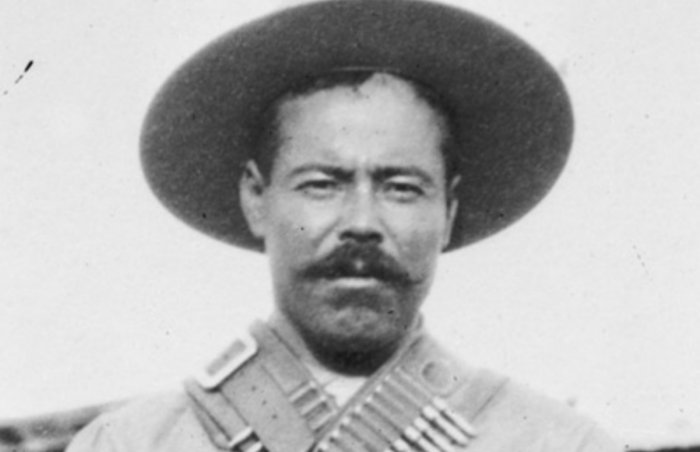 No-one really knows how everything started and there is conflicting information about Pacho Villa’s early life, but it seems sad and tragic events forced Pancho Villa to take matters into his own hands and fight for justice. Like all people, Pancho Villa had a choice, and so he decided to seek revenge on those who had caused him pain in his early life.

Who Was Pancho Villa?

Born on 5 June 1878, and named José Doroteo Arango Arámbula at birth, Pancho Villa became a bandit at a young age. He grew up at the Rancho de la Coyotada, in the state of Durango, northwest Mexico. As a young boy, he had not much time for education. After the death of his father, Panchi Villa had to quit his studies at the local church-run school and help his mother.

When Pancho Villa was only sixteen years old, he shot Agustín Lopez Negrete, a hacienda owner who had raped his sister. Later, his stole a horse and fled to the Sierra Madre Occidental region of Durango, where he roamed the hills as a thief.

This was the beginning of his criminal history. He spent nine years in the mountains where he joined a band of outlaws led by the famous bandit leader Ignacio Parra. At that time, Villa was known under the name "Arango".

On one occasion in 1902, he was arrested for stealing mules and assault. He was spared a death sentence because he had good connections with powerful people.

After he deserted from the Federal Army, he fled to the neighboring state of Chihuahua. It was during this period, Pancho became known as Mexico’s Robin Hood.  Pancho was loved by poor laborers. He was a criminal, but to he helped those in need, and these deeds made him a hero. He stole from the rich and gave to the poor so they could feed their families. One can say that Pancho reminds in some ways of Bulla Felix, a legendary Italian leader of outlaws who robbed the rich and gave to the poor.

However, Pancho Villa was undoubtedly a very dangerous man who showed no mercy for traitors. If people refused to pay to his gang, he could murder the person in a horrible and painful way. He was well-known for his temper and fury, but he was very respected by his soldiers. He earned his reputation as one of Mexico’s best gunfighters with the nickname of “El Centauro del Norte” (The Centaur of the North).

“In 1914, Villa refused to be elected president of Mexico, a title that ended in the hands of Carranza, who rapidly began to impose his new dictatorship, promptly using his power over the press to depict Pancho Villa as a monstrous and brutal bandit leader in order to alienate him from the people’s favor.” (American Myths, Legends, and Tall Tales: An Encyclopedia of American Folklore)

During the Mexican Revolution, Villa’s military campaigns and rebel forces were praised supporters, but in 1915 his men suffered a huge defeat at the Battle of Celaya.  By the end of 1915, Villa was on the run and the United States government recognized Carranza.

Pancho Villa had no choice than cross the border and hide in the mountains. Only a small number of men were still loyal to him and President Wilson sent an army of 5,000 men to hunt Villa down.

In 1920, Carranza was assassinated, and Villa was offered amnesty and a large estate in exchange for his retirement. Villa accepted the offer but was killed three years later in Parral, Mexico.

The “circumstances surrounding his death are still unclear and filled with legendary elements such as the bizarre events that followed, including the exhumation and decapitation of his body. Local rumors say that an American treasure hunter beheaded him to sell his skull to an eccentric millionaire who collected the heads of historic figures,” Claudio Butticè writes in American Myths, Legends, and Tall Tales

Pancho Villa became a legend and memory of him is still alive. 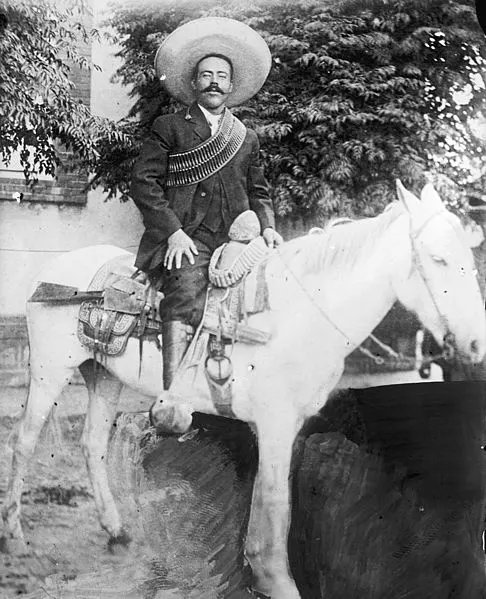 As Friedrich Katz writes in the book, The Life and Times of Pancho Villa, “alongside Moctezuma and Benito Juárez, Pancho Villa is probably the best-known Mexican personality throughout the world. Villa legends pervade not only Mexico but the United States as well and have even reached beyond. They exist not only in the popular mind, in popular tradition, and in popular ballads but in movies made both in Mexico and in Hollywood.

There are legends of Villa the Robin Hood, Villa the Napoleon of Mexico, Villa the ruthless killer, Villa the womanizer, and Villa as the only foreigner who has attacked the mainland of the United

States since the war of 1812 and gotten away with it. Whether correct or incorrect, exaggerated or true to life, these legends have resulted in Pancho Villa the leader obscuring his movement, and the myths obscuring the leader.

So much attention has focused on Villa himself that the characteristics of his movement that in many respects make it unique in Latin America, and in some ways among twentieth-century revolutions, have either been forgotten or neglected. Villa’s Division del Norte was probably the largest revolutionary army that Latin America ever produced. The revolution he led was the only social revolution ever to occur along the border of the United States. It was also one of the few genuine revolutions produced by what might best be described as a frontier region on the American continent.”

Friedrich Katz - The Life and Times of Pancho Villa