Ellen Lloyd - AncientPages.com - For the Navajo and other tribes of the Southwest, the tales of skinwalkers are not a mere legend. Many are convinced these evil creatures are real.

Native Americans’ belief in skinwalkers has survived until today and remains especially strong among the Navajo and Quileute Indians.

The Wendigo is not the only evil shapeshifter mentioned in Native American mythology. Another fearsome creature is the skinwalker. 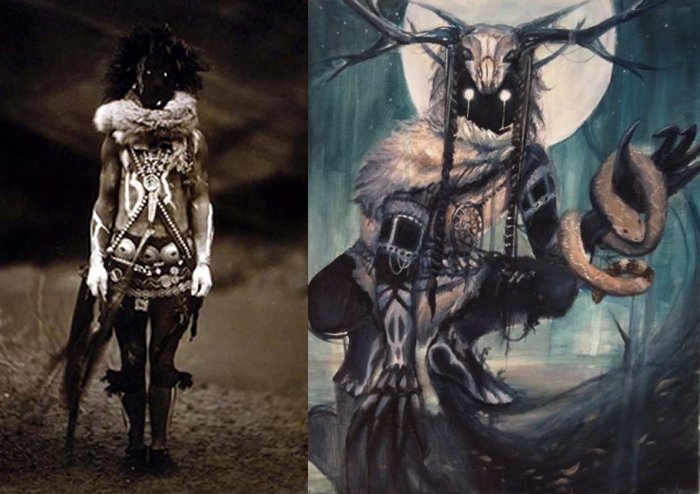 Skinwalkers are regarded as very dangerous. They are cursed, evil humans who use magic to change shape. Basically, it’s a creature that is created via supernatural rituals.

Although the being resembles an animal it is essentially a spirit-based doppelganger of a shaman. The skinwalker is sometimes described as evil with that using supernatural powers transforms into an animal, like for example a coyote, owl, fox, wolf, or crow.

There are countless legends about the skinwalkers who are undoubtedly one of the most feared creatures among Native Americans.

“In the American Southwest, the Navajo, Hopi, Utes, and other tribes each have their own version of the skinwalker story, but basically they boil down to the same thing—a malevolent witch capable of being transformed into a wolf, coyote, bear, bird, or any other animal.

The witch might wear the hide or skin of the animal identity it wants to assume, and when the transformation is complete, the human witch inherits the speed, strength, or cunning of the animal whose shape it has taken,” Colm A. Kelleher writes on the book Hunt for the Skinwalker,

The Navajo regard skinwalkers as evil and they are convinced these beings do exist. The Indians fear the skinwalkers so much that they refuse to discuss them publicly for fear of retribution. It is believed that skinwalkers move freely about the tribe. They cannot be noticed because and go their human shape is often devoid of any markings or signals that would expose them.

One of the reasons why the skinwalkers are considered so frightening is because they possess the ability to kill a person with just one look. It’ possible to recognize a skinwalker by looking into the creature’s eyes that give off a strange luminescence, but as soon as you confront their gaze you die.  In Navajo mythology, skinwalkers, also known as Yenaldooshi are shamans and necromancers who spread sickness by means of a powder made from corpses. 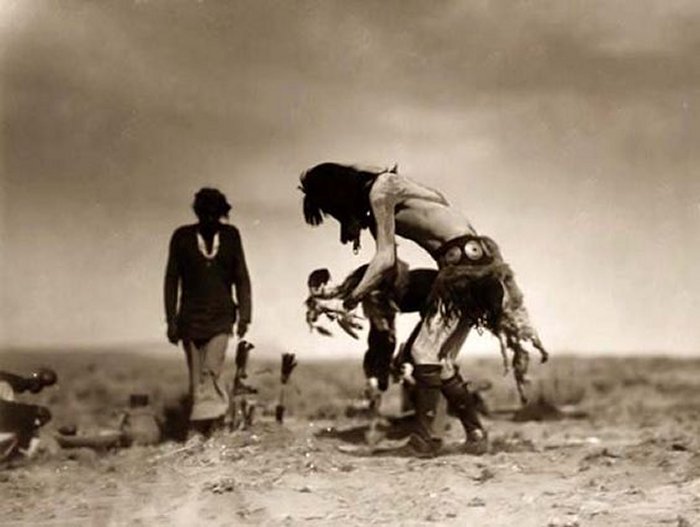 In the book, The Supernatural Book of Monsters, Spirits, Demons, and Ghouls author Alex Irvine explains that “the yenaldooshi gains supernatural power by violating a serious cultural taboo, in this case murdering a relative.”

Skinwalkers are believed to be very violent and physically strong. They can attack not humans, but also vehicles and they can run sixty miles per hour.

“The Navajo skinwalkers use mind control to make their victims do things to hurt themselves and even end their lives,” writes Doug Hickman, a New Mexico educator. “The skin- walker is a very powerful witch. [It] can run faster than a car and can jump mesa cliffs without any effort at all,” Kelleher explains.

According to the Navajo, a skinwalker can die, but these evil beings are very difficult to catch. One can track down a skinwalker and uncover its true identity but killing the creature is not easy. It can be done though by pronouncing the evil skinwalker's name of the in full. When it happens, the skinwalker can become sick and eventually die.

Colm A. Kelleher Ph.D. - Hunt for the Skinwalker: Science Confronts the Unexplained at a Remote Ranch in Utah