Conny Waters - AncientPages.com - Sparta was famous for being a city-state that valued discipline. Located in a valley on the banks of the Eurotas River in the south-eastern portion of Greece, Sparta was surrounded by several enemies and loyalty was expected from the state’s citizens.  Everyone was expected to work and contribute to the state’s prosperity.

Foreigners were allowed to live in Sparta but they had no rights as citizens and they could be expelled at any time for any reason. 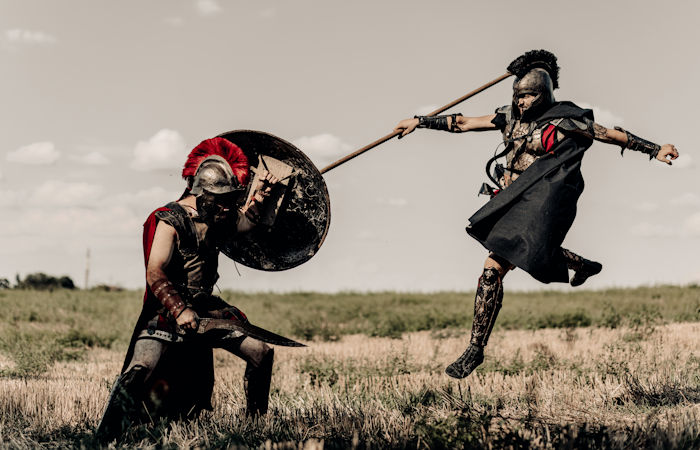 It’s also no coincidence that Spartan warriors were exceptionally skilled, and the army was successful.  Military training and education were mandatory for young boys.

What Was Daily Life For Spartan Warriors?

Ancient records reveal warriors of Sparta had to follow strict rules. Young men who were trained to become warriors had limited rights to move around freely. From the age of 7, when military training started boys and men had to live in confined military barracks, until they became 30 years. Leaving those houses was not permitted, not even when the men married. There was not much room for a private life. These restrictions occasionally led to that men sneaked out late in the evening to meet their wives.

In Sparta only the strongest survived. As previously mentioned on Ancient Pages, “one of the harshest facts to come out about this way of living was that the older citizens of Sparta would kill those boys who could not be trained due to a disability. The boys were thrown into a pit by the elders who judged the physical ability of each boy in question.  Not all were condemned to death, just the weakest ones.”

Who Were The Hoplites And What Was Their Armor Composed Of?

Spartan warriors were somewhat vain. They often wore long hair and styled it before a battle. The goal was to look as fearsome as possible, but attractive physical appearance was never wrong. A real warrior never wore any clothes expect for the red cape. Also, a Spartan warrior could not expect to enjoy too much delicious food. Nothing was more ridiculous than a fat warrior. Spartan warriors were expected to be athletic and fit.

The worst sin a Spartan warrior could commit was capitulation. When raising their sons, mothers always told them they should return for a battle either as soldiers or dead. The die or win mentality was common among warriors of the ancient world. Viking warriors’ highest goal was to die courage in battle. Only such honorable death could guarantee a Viking entrance to Valhalla, where the great Norse God Odin resided.

The Spartan King Leonidas received superior military training which prepared him unknowingly for future events. He may not have succeeded in winning an impossible war, but he and his 1,000 men died heroically defending the land that they loved.

It cannot be denied that Spartan warriors were skilled, effective and courageous, but all their accomplishments were achieved through hard military training that started at a young age.

Patrick Auerbach - Spartans: The True and Brutal Story Of How The Spartans Become The Strongest Warriors In History