Ellen Lloyd - AncientPages.com - Many Native American mounds have been destroyed without study, which means valuable information about our ancestors’ culture has been lost. However, based on the examinations of surviving earthen mounds, it is known that most of these structures were built for ritual or burial purposes.

There are several important ancient mounds in Arkansas and each and one of them offers historical knowledge about the mound builders. 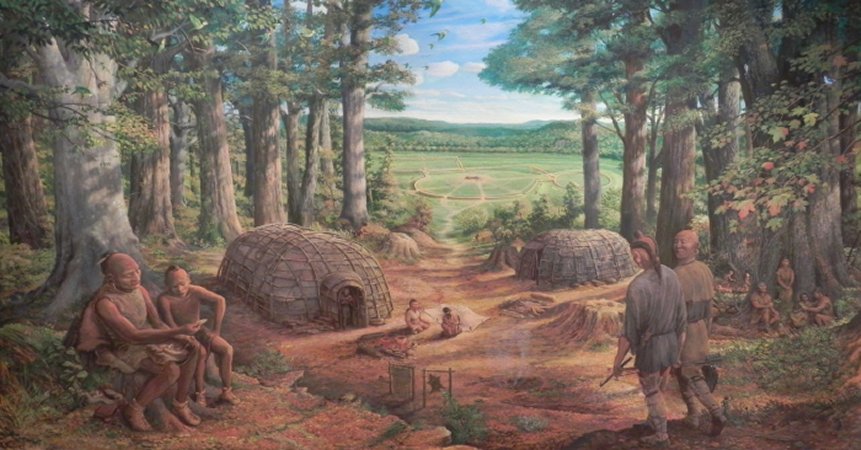 Forest People” painted by Robert Dafford in the Appalachian Forest Museum of the Arc of Appalachia Preserve System. Seip Earthworks is in the background of the painting. Credit: Heartland Earthworks Conservancy

While excavating the Aikman Mounds archaeologists made a very disturbing discovery. They found several thousands of human skeletons that showed evidence of brutal violence. Skulls had been crushed or staved in. Scientists also found plenty of artifacts, including jewelry along with animal bones. This was a site where a massacre had taken place, but who were the victims?

Were The Aikman Mounds Built By The Last Survivors Of The Hopewell Culture?

In 1898, Professor Edwin Walters excavated a site near Forth Smith where he uncovered an ancient mass grave.

“It is estimated that there are between two to three thousand remains of warriors to the acre and by simple arithmetical calculations, the strength of the opposing forces has been deduced,” Professor Walters reported.

“In other words, the 30-acre archaeological zone enclosed the skeletons of about one hundred thousand people, ranking it among the greatest massacre sites ever recorded. By way of comparison, the Civil War battle of Gettysburg, which was fought over a much larger area, claimed 7,058 lives,” Frank Joseph wrote in his book Advanced Civilizations of Prehistoric America: The Lost Kingdoms of the Adena, Hopewell, Mississippians, and Anasazi.

In North America, there were four known mound-building cultures - the Poverty Point, Adena, Hopewell, and Mississippian culture. Their names, usually taken from the place where relics of their societies were found, refer to a way of life.

It has not been established where the Hopewell culture originated, but these people flourished in the northeastern and midwestern United States from 100 B.C to 500 C.E. They received their name from Captain Mordecai Hopewell, who owned the farm where part of an extensive earthwork site was excavated in 1891.

The Hopewell built several earthen mounds, traded, and produced some of the finest craftwork and artwork of the Americas.

The Hopewell cremated or buried their dead, were interested in astronomy and their moon worshipping priests used some of the mounds to hold ceremonies. 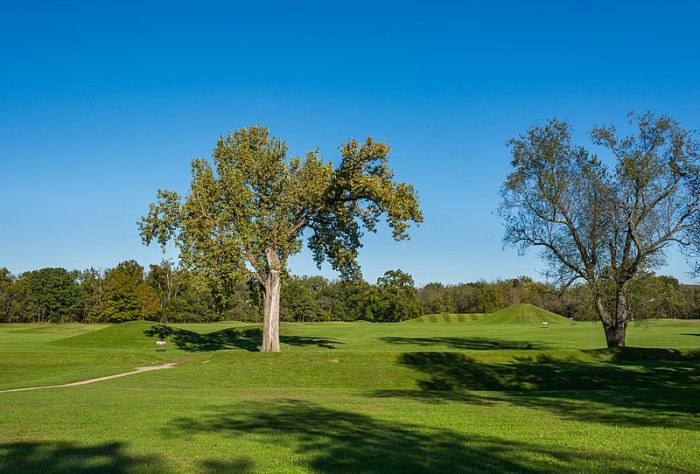 Despite not being a warrior-like race, the Hopewell couldn’t survive, and they vanished around the turn of the fifth century. The cause of their disappearance is still unknown. Scientists say climate change, drought, warfare, and epidemics ended the Hopewell culture.

According to Frank Joseph, “before the end, many Hopewell fled south to an area between Fort Smith and Hot Springs, Arkansas, where they made a final effort to save themselves at the Aikman Mounds, the last such earthworks ever raised.”

If Joseph’s theory is correct, then the thousands of skeletons discovered at the site could belong to the long-lost Hopewell culture. However, this is only a theory and conclusive evidence is missing. If these human bones are not the remains of the Hopewell, then who were the people brutally killed at the Aikman Mounds?