David Tee - AncientPages.com  - Deep in the heart of the Guatemalan jungle lies a little forgotten city.

It is called today El Mirador and in its heyday it could be seen as a vital Mayan city. Like other Mayan cities of that time, El Mirador was one home to the many Mayan gods including the Maize god. 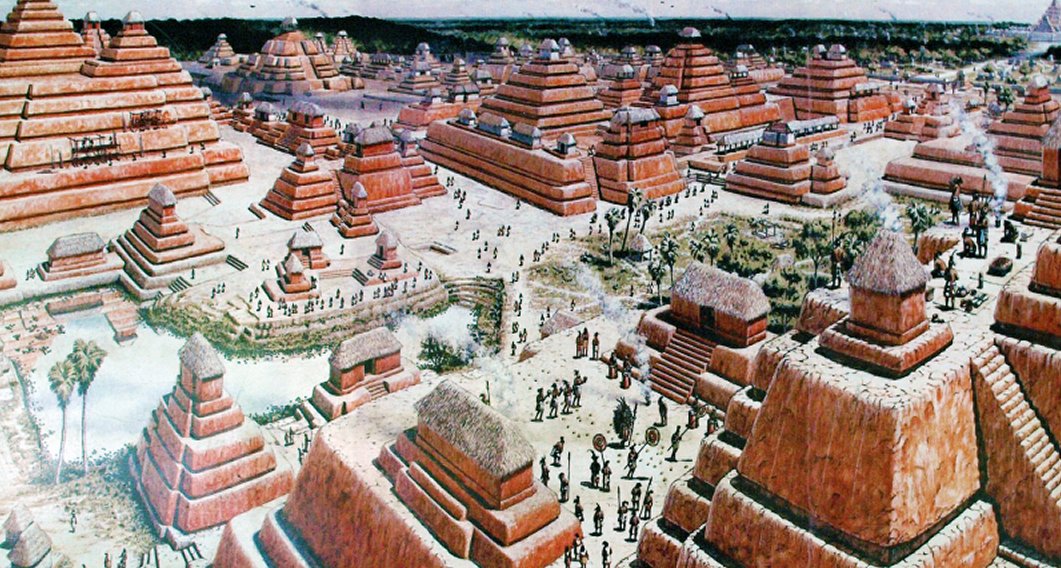 One if its claim to modern fame, is that El Mirador is a pre-Classic Mayan city that was larger than many of its successors. Before it became an extinct city though, the inhabitants built 3 pyramids within its borders.0

The largest, La Danta, used some 99 cubic feet of both rock and filler material to get to its large size. It is not known if this was the temple of the Maize god or not but since it had steps, it may have been used for human sacrifices.

The pyramids without steps were buildings that were not to be entered or touched. It is quite possible that there was a temple to the Maize god  in this lost city but records are lost and nothing can be determined by archaeological excavation at this time.

Mayan myths are not always easy to decipher as their stories change over time. The history of the Maize god can first be found in the Popol Vuh. This original myth has the Maize god being born, dying and being resurrected from the Mayan underworld.

His birth is well known, and it came from an illicit affair between the God N and the Wayaab. The affair was discovered when the young baby jaguar was presented to the Lady’s husband.

El Mirador: Ancient Pyramids Hidden In The Lost City Of The Maya

In his anger the Lord sent the baby away to be sacrificed. After his brothers cast the young child into a mountain, the baby jaguar was reborn as the Maize god. It is said that he sprang back into life through the seed of the maize plant.

It is most likely that the Maize god became so popular is that the Mayan people depended a lot on maize for their dietary needs. In fact, there are over 40 types of Mayan or Mesoamerican maize agriculture forms. 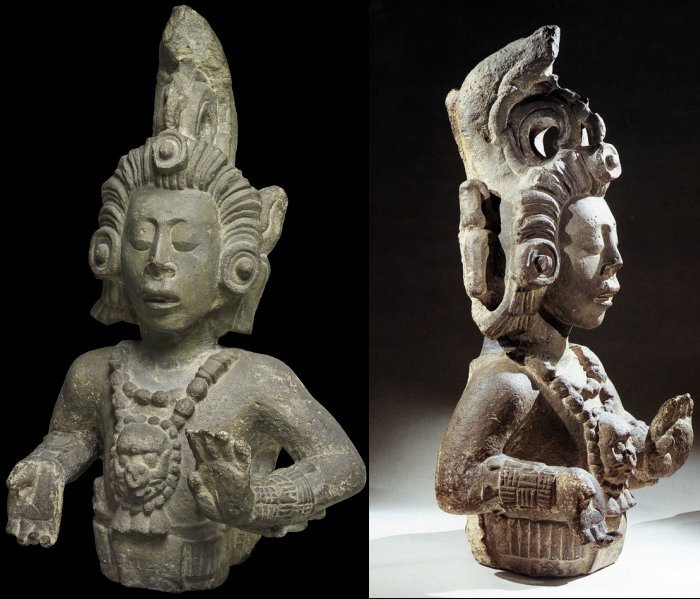 This importance, even though he was not a lead god, is indicated by the inclusion of the maize god’s death and rebirth on a Mayan ruler’s sarcophagus lid. Discovered in 1949, this lid shows the Mayan ruler Pakal being born of a maize seed.

Also, the Maize god is always depicted as a young person and with jade ornaments. Jade was part of the rebirth process of the Maize god. This depiction symbolized fertility, beauty, and jade.

It is possible that the Mayan people looked to the Maize god for those things that almost every member of every society wants- long life, beauty and wealth.

One of the problems with tying the Maize god to El Mirador is that the different Mayan cities did not always worship the same gods. If they did, they often changed the name of the god to suit their beliefs at that time.

Yet, at the same time, the Mayans did recognize all their gods on a universal scale. In other words, while they did not worship the particular god by the same name, if at all, they still accepted him or her as a Mayan god.

Another difficulty is that it appears that the Maize god did not have his own temple or house of worship. With the lack of knowledge concerning the Mayan language it would be very difficult to point to a pyramid or some other abandoned Mayan structure as the Maize god temple.

It is possible that with all of their human sacrifices, the Mayans did worship all their gods at the same pyramids.