A. Sutherland - AncientPages.com - Hanging rope bridges (or the so-called suspension rope bridges) were built by the Inca over canyons, rivers, and ravines. They linked the Inca Empire providing access to even the most inaccessible region. 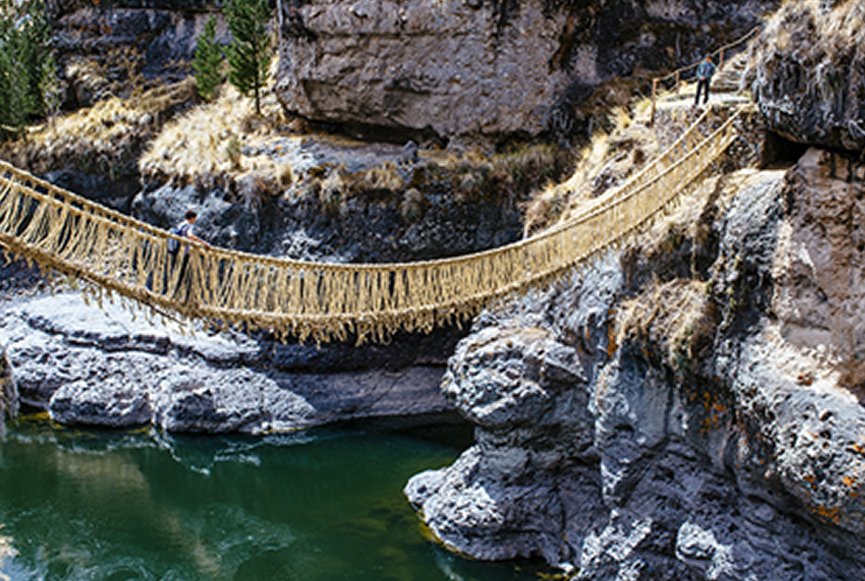 Five centuries ago, the Andes were filled with hanging bridges. It is believed there were as many as two hundred of them. Also in Peru – due to the country’s difficult geography, many places were joined by suspension bridges made of vegetable fiber.

The so-called “suspension rope bridges” or “hanging bridges” were an important part of the Inca’s road infrastructure. They were needed for trade, communication, development, and dominance over the region.

Today, there is only one suspension rope bridge left and it is known as “Keshwa Chaca” (or Q´eswachaka).  The Inca have an old tradition of renovating this bridge and each year, several Cusco families (about a thousand people from different communities ) meet at the location of the bridge and prepare a new structure during four days of hard work.

The bridge is located in the department of Cusco, over the Apurímac River at 3,700 m above sea level.

The “Keshwa Chaca” bridge has been there for 500 years and the tradition of renewing it has been continued from generation to generation. This bridge owes its existence to the involvement of the local population, which rebuilt it in June each year, according to techniques that the Inca ancestors used.

What Keshwa-Chaca Is Made Of?

The construction of the Inca suspension rope bridge created of four parallel ropes (each of them consists of three intertwined cords), on which small twigs are arranged diagonally. Two additionally suspended ropes (they are much thinner) form a handrail and are connected with the bridge by a system of vertical ropes arranged close to each other, forming balustrade-like support for safety while traversing the bridge.

The whole structure is fastened to stone platforms (abutments) on both sides of the ravine.

On the first day, people of the communities go out and search for a solid straw of vegetal fiber (in Quechua, it is called “Ichu”). Such fibers were and are today used for the construction of the last hanging rope bridge. 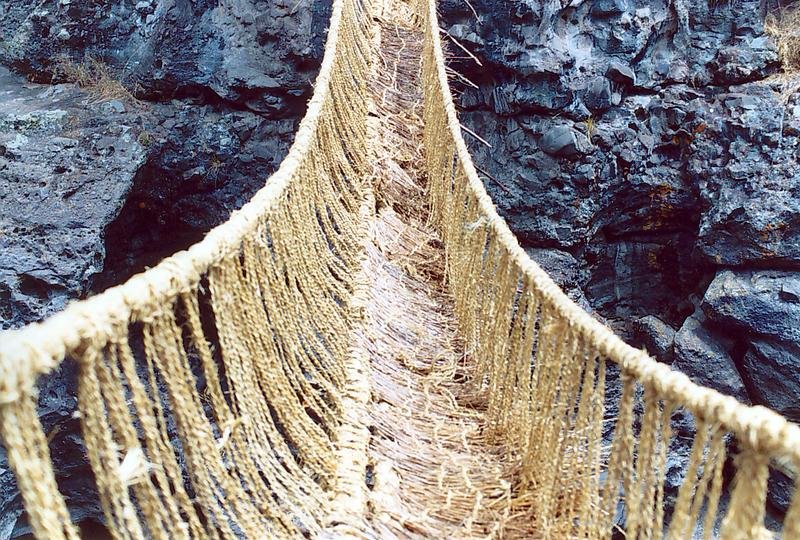 Once the required amount of Ichu has been collected, women weave the straw to form strong ropes and when they are ready, men begin their job because they are responsible for joining the rope from end to end and then braiding it.

On the third day, the villagers work with the assembly of the handrails and the surface of the bridge. The fourth day is the time of celebration of the reconstruction of the bridge. According to the ancient 500 hundred years old custom, the Inca people listen to their traditional music and perform indigenous dances.

Over time, many bridges were damaged or totally destroyed due to weather conditions (they are constructed at very high altitudes - Keshwa Chaca is at 3,700 m above sea level) and the strength of the used material is also rather low.

However, despite the apparently low strength of the materials used to their construction, the Inca’s Keshwa Chaca is able to maintain the weight of 56 people.