A. Sutherland - AncientPages.com  - Among all the achievements of ancient engineering, Roman aqueducts belong to the most exceptional ones.

Engineers in the ancient Roman Empire knew that one of the most fundamental requirements for any town or city to exist was to supply it with water because it is a basic human need. 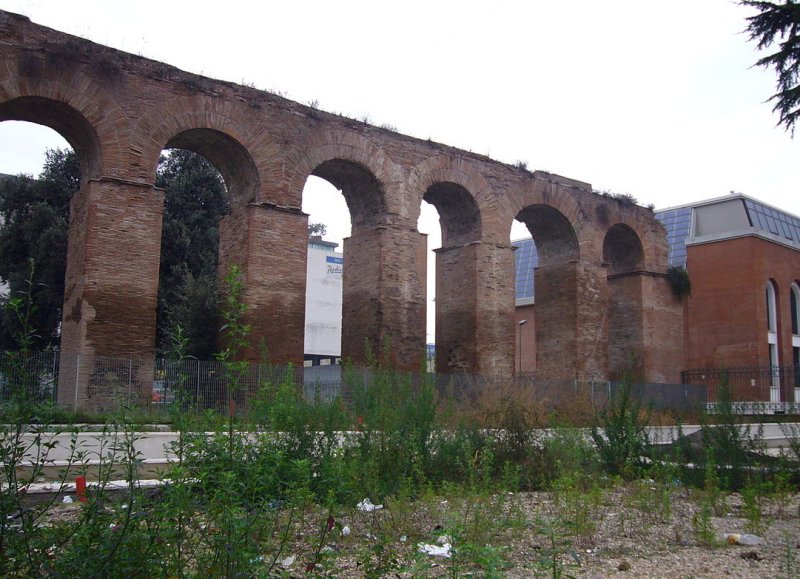 In 312 BC, a Roman politician Appius Claudius Caecus ordered that an aqueduct be built to supply Rome with water. The aqueduct was one of two major Roman projects carried out during this period; the other was a road for military purposes.

The city must have water to drink, cook, and clean, but it also must have all the necessary arrangements to remove unwanted water. Both ancient and modern Rome has been well supplied with the means for delivering water to the city and taking it away.

Ancient Romans were highly skilled engineers. By the early fourth century AD, Rome was being supplied by more than twelve aqueducts, which cooperatively could bring more than a million cubic meters of fresh water to the city daily!

This massive amount of water was delivered to Rome's inhabitants through a complex network of tanks and pipes and to about 1,500 public fountains, pools, and almost 900 public and private baths.

"With so many indispensable structures for so many aqueducts," remarked Frontinus, "compare, if you will, the idle pyramids or the useless, though famous, works of the Greeks…." wrote Sextus Julius Frontinus around AD 98, in his book called "De Aquis Urbis Romae" (About the Waters of the City of Rome).

Much of our Roman water supply system knowledge comes from this book. Frontinus was a prominent Roman civil engineer and the top official overseeing Rome's water supply. In his book, he described Rome's aqueducts. 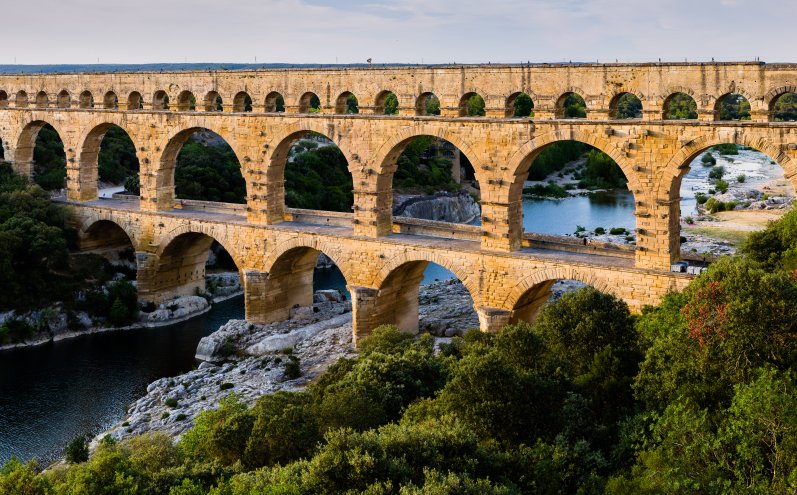 Usually, we think of the Roman aqueducts as a series of tall, impressive stone arches visible above the ground. Later, aqueducts included some (less than 10 percent) sections carried on massive arches.

However, the first aqueduct, the Aqua Appia after its builder, was located underground. It took its water from some springs about 25 kilometers outside the city. It had a capacity of approximately 75,000 cubic meters of water per day, which was delivered to the area around Aventine Hill.

Frontinus tells us about the Aqua Appia:

'For four hundred and forty-one years from the foundation of the City, the Romans were satisfied with the use of such waters as they drew from the Tiber, from wells, from springs...'

The following Roman aqueduct (mostly an underground channel), Anio Vetus, was the second oldest after the Aqua Appia. It was built in 272 BC and funded by treasures seized after the victory against Pyrrhus of Epirus (318-272 BC).

Considered an engineering masterpiece, the Anio Vetus was unique due to the complexity of its construction. It was four times as long as the Aqua Appia, its source much higher, its flow was more than twice, and it supplied water to higher elevations of the city.

It had a capacity of around 180,000 cubic meters per day and, as its name suggests, drew its water from the Anio River valley (the source of its waters – dates back to 272 BC), located to the east of Rome. 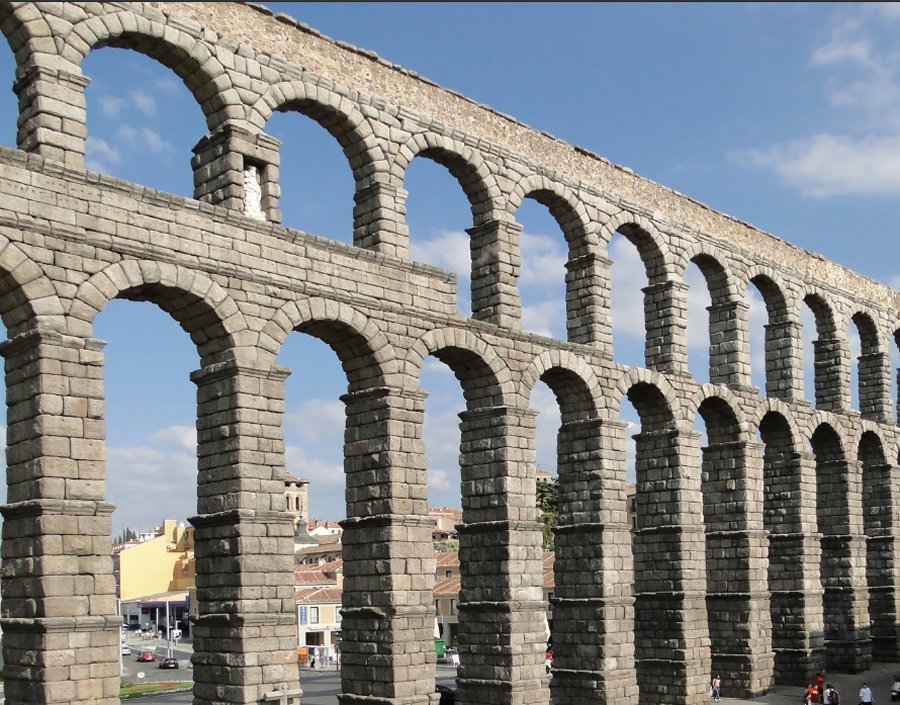 The Aqueduct of Segovia is a Roman aqueduct in Segovia, Spain.The aqueduct was built of unmortared, brick-like granite blocks. source

The experiment with Aqua Appia was very successful and became an essential part of life in Rome. By the third century AD, the city had eleven aqueducts that provided over one million people with water. The eleven aqueducts had a total distance of approximately 800 kilometers, of which fewer than 50 km ran above ground on masonry support. Using a lot of water had become part of the lifestyle of Rome's inhabitants. Here, for example, there were lots of public bathhouses.

Together, the eleven aqueducts provided Rome with about one million cubic meters of water per day.

The aqueducts made it possible to live much better and more accessible. It was enough water for daily life, fountains, toilets, public baths, and flower gardens. Aqueducts also brought water to mines, mills, and agriculture.

Baths have also become social gatherings for the Romans. There were even gardens and libraries at more significant buildings, and water surrounded people, constantly pouring from the aqueducts.

The Romans were excellent engineers who were good at constructing aqueducts; they built much more prolonged and extensive structures than their predecessors. However, the aqueduct itself was not a Roman invention, but the Roman engineers knew the principle of the aqueducts used by Greeks and Etruscans.

The construction of aqueducts spread to other places in Europe, North Africa, and Western Asia when the Roman Empire expanded further.

As the Roman Empire extended its range to other areas, "aqueducts appeared everywhere where the Romans appeared" (A. T. Hodge, Roman Aqueducts & Water Supply).