A. Sutherland - AncientPages.com - For centuries, we have been dreaming of immortality, seeking a medicine that can help us to be immortal. Not only had the inhabitants of Mesopotamia associated immortality with treasures hidden underwater.

The Indian amrita (literally: ‘non-dead’), a drink of immortality with a sweet taste was extracted from the bottom of the sea, according to Hindu myths and legends. 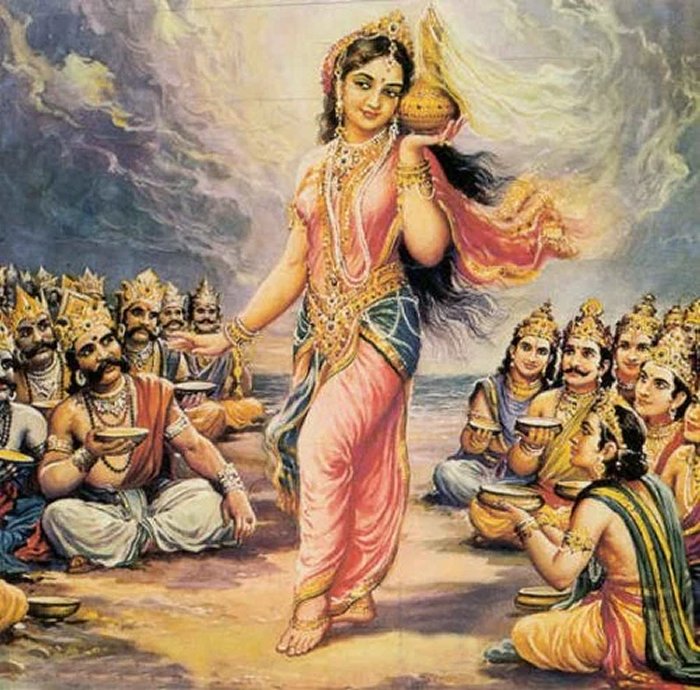 References to this miraculous nectar can be found not only in the Rig Veda, the oldest of the sacred books of Hinduism, created for several centuries in the second millennium BC but also in Buddhist or Sikh literature.

The amrita provided immortality and strength; it could also emanate new deities, ensure victory in the fight against demons, with which the gods had to fight to protect the divine drink.

In hymns, the favorite beverage of Indra is probably identical with another magical juice – ‘soma’ (the drink of the devas) of the Vedic times. Soma may have been the forerunner to the idea of amrita, but it is not known how the Vedic people extracted the soma juice. However, there are some convincing indications to believe that it was an intoxicating substance used in the rituals by the Vedic priests to enter into a state of trances to communicate with gods and ancestors.

It has been theorized that the amrita was the basis for the later Greek concept of ambrosia (‘ambrotos’), the food of the gods in Greek and Roman mythology, used to achieve immortality in the case of mortals.

As to amrita, it was prepared from the plant juice of the same name. Consuming a drink with the addition of milk gave power (during certain rites) allowed to achieve transcendent visions and a feeling of unity with the gods.

Amrita – Recovered At The Churning Of The Ocean

According to the story, it was a time when the gods and antigods had to join their strength to churn the ocean of milk. It was necessary because the gods’ most precious treasures were lost beneath the primordial ocean due to the great deluge.

Among the divine treasures was also amrita, the nectar of immortality. In the tough process of the churning of the ocean, a huge mountain was used as a churning stick and the divine snake Adishesha (or Vasuki, one of the King serpents of Hindu and Buddhist religion) was used as the rope around the stick. 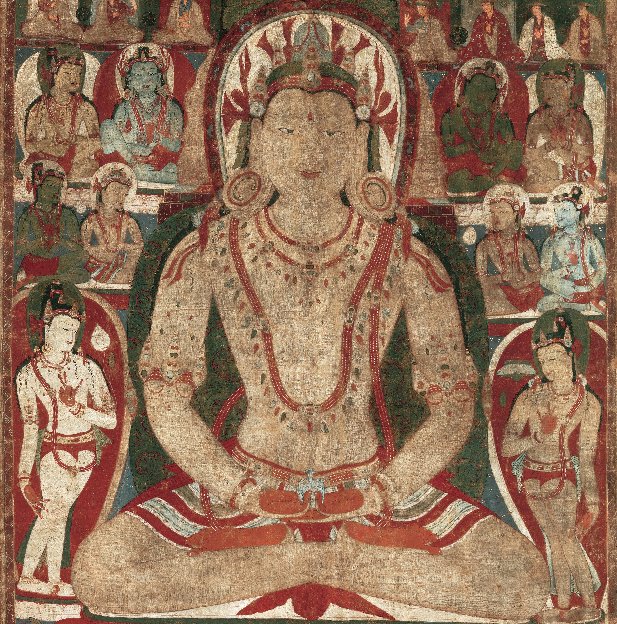 Amitayus is shown holding a jar containing the elixir of immortality, amrita, in his lap. source

Many things emerged from the Milk Ocean and among them was also amrita appeared, held in a cup by the divine physician Dhanvantari of the devas, and an avatar of Lord Vishnu. Now the amrita was in danger to be stolen by the antigods (asuras), so to avoid the next problem, the gods needed help from Vishnu, the Supreme Being, and the "preserver" in the Hindu triad (Trimurti), in which Brahma and Shiva are also included.

Vishnu took on his form of the amazing maiden, Mohini, who successfully distracted the asuras. She changed the elixir for alcohol and returned the precious liquid to the gods.

Thus, the Amrita was secured only for the gods. However, one of the cunning demons, Rahu, disguised as a god, at last, managed to get a taste of the Amrita. The sun and the moon warned Vishnu who immediately severed Rahu's head but the demon had already consumed some of the nectar to make him immortal.

It was too late. Ever since, his head known from myths as Rahu and his corpse - Ketu, became the strongest enemy of Sun and Moon. Sun and Moon eclipses occur because Rahu and Ketu swallow up Sun and Moon when they come close to each other.