A. Sutherland - AncientPages.com - Bertrand du Guesclin (c. 1320 – 1380) was the son of a poor knight from Brittany.  He was known by his nicknames: "The Eagle of Brittany" or "The Black Dog of Brocéliande". 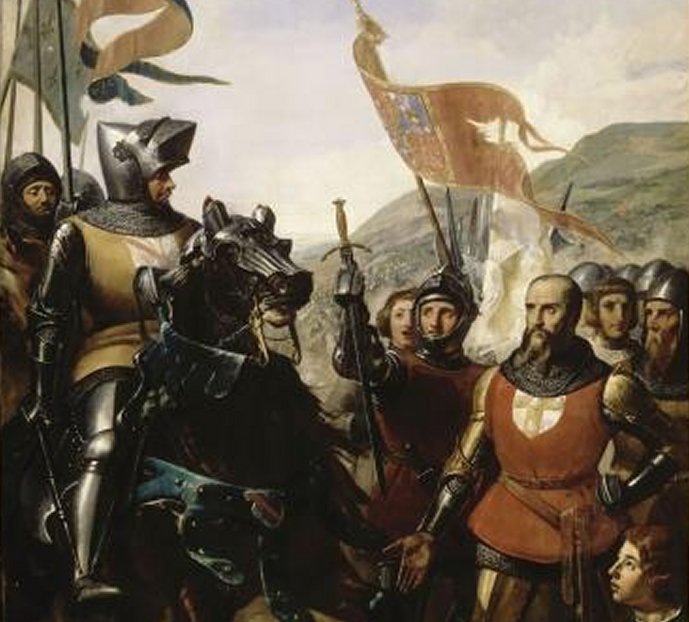 Guesclin at the Battle of Cocherel. source

Bertrand had not a happy childhood, particularly because he early learned to hate his violent father.

This man wasn’t a handsome man. He was definitely far from the kind of man we usually think of as a knight, at least in appearance. Everyone who met him seemed to agree on his unique ugliness. His body was short-grown and square-shaped and his head was more than usually round. His arms were disproportionately long.

Bertrand And His Trusty Companions In Brocéliande Forest

In the 1340s, the Duchy of Brittany was plagued by a victorious civil war. The old duke half-brother Charles de Blois, and his niece Jeanne de Penthiévre raved about who could take over.

Jeanne gathered a large group of fighters who would act as a sort of guerrilla warriors. Among them was also Bertrand du Guesclin. By selling his mother's jewels, he bought enough weapons and armor for a smaller group of reliable men. 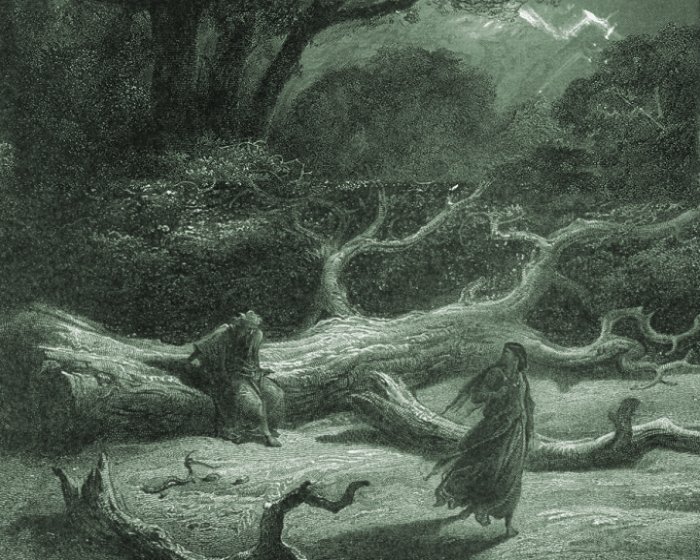 Merlin and Viviane in Brocéliande, Gustave Doré's illustration for Idylls of the King (1868). source

Bertrand and his trusty companions had their hiding place in the Brocéliande Forest, a legendary enchanted forest that among the medieval Europeans was imagined as a place of magic and mystery. The forest was believed to be somewhere in Brittany but its exact location was never established. Probably the place was only a product of human imagination.

Bertrand, however, was definitely a real historical figure. With his band of fighters, he organized quick and effective attacks, returning safely to his hiding place in the forest. The knight, Bertrand du Guesclin reminds us of Robin Hood, a legendary heroic outlaw and a highly skilled archer and swordsman.

Bertrand was a Breton knight and an important military commander, who was involved in the Breton War of Succession (1341–1364), Castilian Civil War (1351 - 1369) and Hundred Years War (1337-1453) started by the House of Plantagenet, rulers of the Kingdom of England, against the French House of Valois, over the right to rule the Kingdom of France.

From 1370 to his death, he was Constable of France for King Charles V. King Charles V was particularly impressed with Bertrand's resistance to the English in the siege of Rennes, and took him into royal service.

Bulla Felix: Legendary Italian Leader Of Outlaws Who Robbed The Rich And Gave To The Poor

Bertrand was a good and intelligent commander but not all his military encounters with the enemy ended in success. He made a famous military career through sheer fighting skill. Well known for his Fabian strategy, avoiding regular field battles, harassing the English troops through what is called modern guerrilla warfare, and effectively disrupting supplies of the enemy. 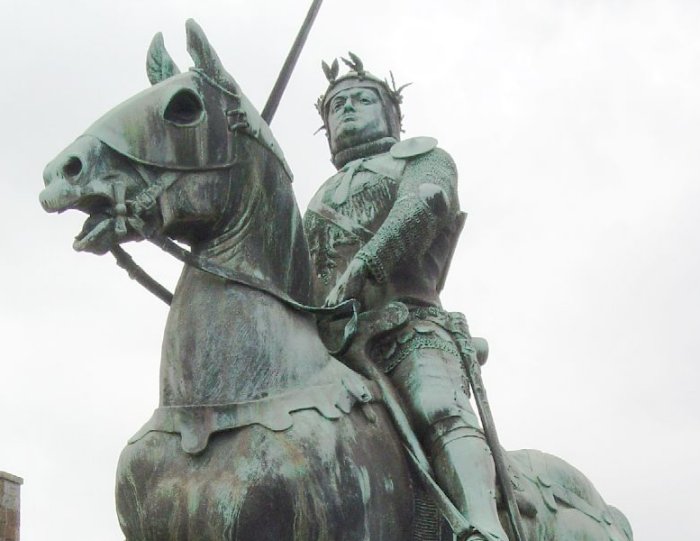 He took often part in battles, where the fighting location and time were determined earlier, and won the four in which he held command. Despite many years of military service, Bertrand was dubbed a knight, at the unusually high age of 34 years.

Incident With Sir Thomas Of Canterbury

In 1356, Bertrand was sent to the town of Rennes, which was besieged by the Duke of Lancaster. During a truce Bertrand's little brother was captured by English knight Sir Thomas of Canterbury. Such an act was against the rules of war and Bertrand immediately rode straight into the English camp. Sir Thomas was playing chess with an English knight, Sir John de Chandos, when Bertrand entered his tent. The little, ugly but very brave, Frenchman challenged Sir Thomas on a duel with swords, and the latter didn’t protest.

He was absolutely convinced that he would simply defeat this strange-looking intruder.

During the next half hour, however, he got so much trouble that he could not go on for several days after this most unfortunate encounter with Bertrand, the knight. Bertrand did not add any other life-threatening injuries to his opponent but he drew attention to his extraordinary skills in sword fighting. Then he returned home with his abducted brother.

Bertrand was given many assignments and many of them were victorious. In the Battle of Navarete in 1367, for example, he was defeated by the Black Prince, military genius who was a talented warrior. Often captured, then redeemed, Bertrand who was known for his boldness and handled well hostile captivity that he experienced frequently.

In 1380, however, he returned to the French king's service to fight the English, but died on July 13. Bertrand du Guesclin was buried, on the command of King Charles V, in Saint-Denis, the burial ground of the French kings.

He was a highly skilled commander whose military capabilities contributed to France's successes so he deserved an honorable, royal burial.