A. Sutherland - AncientPages.com - Cappadocia in Turkey is well-known for its amazing Moon-like landscape, secret underground cities, cave churches and houses carved in the rocks.

This ancient site (its possible name: Katpatuka, 'land of the beautiful horses') is rich in history and there are still a number of unsolved ancient mysteries surrounding this unique place that sometimes seems to be frozen in time. 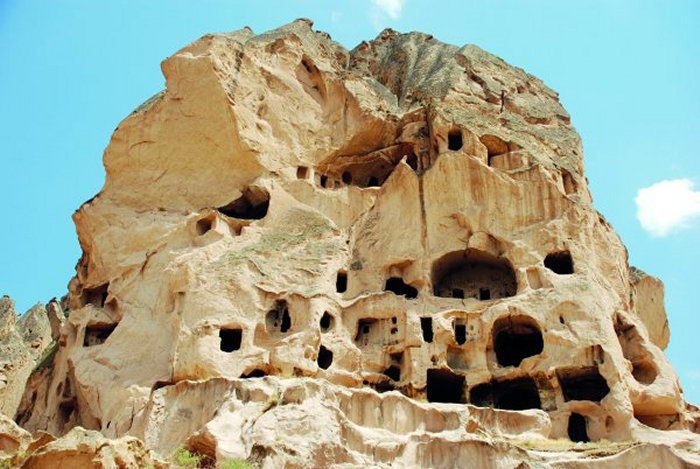 The beginnings of this amazing region go back to the Tertiary period some 50million years ago; craters and chimneys dominated the landscape. For hundreds of years, ancient people have dug into the soft material to build dwellings, churches, monasteries, and underground cities.

The history of Cappadocia began in prehistoric times. It experienced many cultures like Hatti culture (2500-2000 BC), the Hittites settled in the region, and after them, the Assyrians (2000-1800 BC) had organized their trading posts.

Phrygians probably ruled Cappadocia from 1250 BC., but the Lydians, on the other hand, were expelled by the middle of the 6th century BC by the Persians who ruled until 334 BC. From 17 AD, the region of  Cappadocia became a Roman province, where military routes, trading points, urban centers, and settlements were built. Once  Christian influence was introduced in Asia Minor, the first Christian communities appeared in Cappadocia.

Derinkuyu is the deepest excavated underground city in Cappadocia. It is a highly sophisticated huge city complex built-in beneath the surface. The complexity of this underground structure is extremely detailed and carefully planned out. The underground city had shops, storage areas, living rooms, bedrooms, and hall-like rooms in which teaching schools were presumably held.

The identity of the mysterious builders of Derinkuyu still remains unknown. 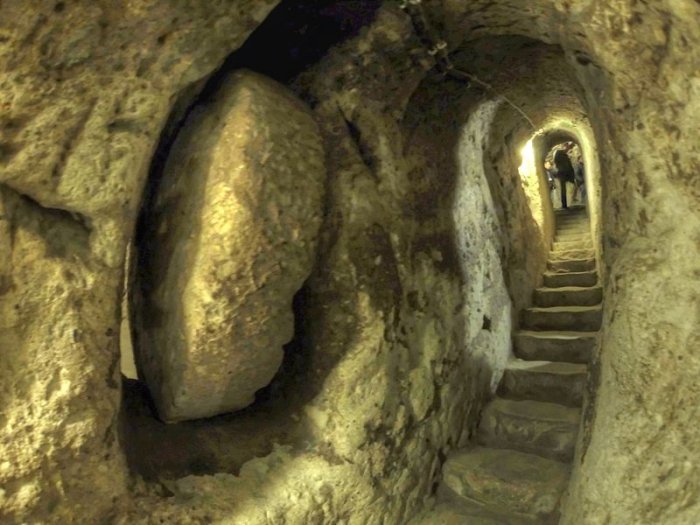 Another remarkable ancient structure that can be found in Cappadocia is the Selime Cathedral that was constructed by the earliest Christians in Anatolia to perform their religious ceremonies in secret.
It is believed that this was the place where the first vocal religious ceremony was held by Christians 1,700 years ago.

Facing Roman pressure in 66 A.D., the first Christians escaped to various parts of Anatolia, including the Cappadocia region. To conduct religious ceremonies secretly, they constructed a huge monastery in Selime Cathedral, which was also used against enemies. 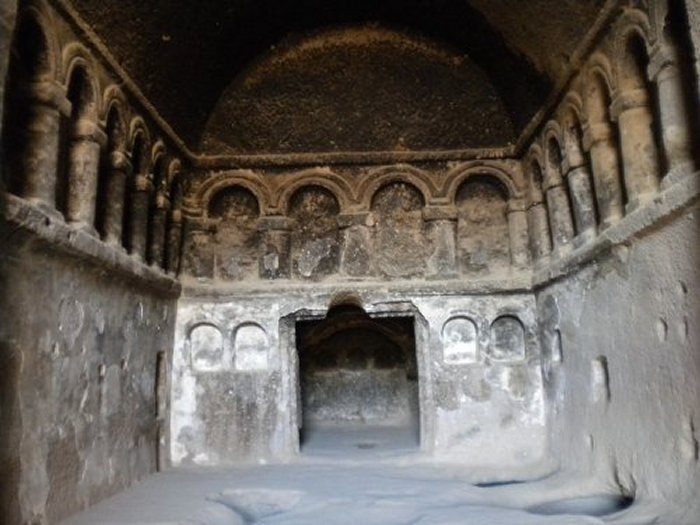 The Selime Cathedral, situated high atop the Ihlara Valley served as a perfect hiding place.

The cathedral is of great historical importance. The first Christians who lived in Cappadocia during the Roman Empire era turned this place into a huge monastery when they were exposed to pressure.

They established chapels, churches, and multi-functional rock-carved places here. Especially after the Mongols increased their pressure in Anatolia, the Seljuk Turks used the area of the Selime Cathedral as a castle. There is archaeological evidence that the longest resistance against the Mongols took place in this cathedral. 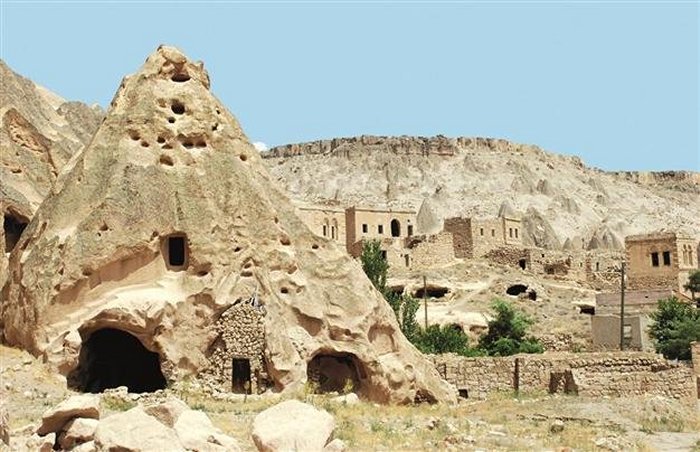 Orthodox Christians continued to populate the area of Cappadocia until the 1920s when the community was transferred to Greece in exchange for most Muslims in Greece as part of a population exchange between Turkey and Greece that was organized on the basis of religious affiliation, rather than linguistic or ethnic identity.

The huge size and remarkable structure of the Selime Cathedral turned the place into a great tourist attraction drawing many visitors today from European and Far Eastern countries.