Conny Waters - AncientPages.com - The colors pink and blue have been used as gender signifiers for quite some time now. We are so used today that baby boys are dressed in blue that we rarely think about why this color was chosen for newborn males. We also tend to forget that not so long ago, boys were dressed in pink.

Some modern parents who dislike stereotypes, disregards this unwritten rule and dress their kids in any color they want, but many try to follow old customs.

As the matter of fact, just before the 1920s, pink was considered the best color for boys. 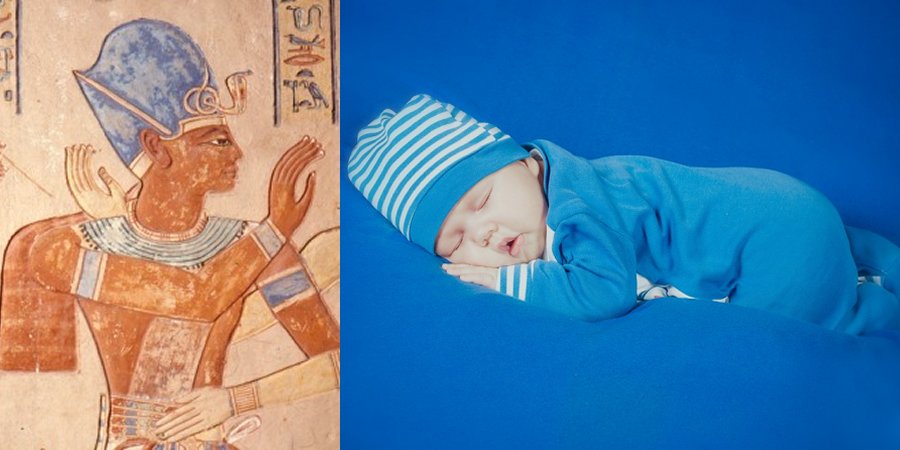 According to a June 1918 article from the trade publication Earnshaw's Infants' Department, “the generally accepted rule is pink for the boys, and blue for the girls. The reason is that pink, being a more decided and stronger color, is more suitable for the boy, while blue, which is more delicate and dainty, is prettier for the girl.”

This changed later, and people started dressing their baby boys in blue, something our ancestors did thousands of years ago.

In ancient Egypt and Greece, blue color was used to protect a person or a place from evil spirits. Pharaohs were often dressed in blue. Egyptians and many other ancient civilizations considered blue color to be of divine origin.

It’s therefore not surprising that the blue color was specifically chosen by our ancestors who wanted to protect their newborn from evil spirits that might be lurking about.

This ancient tradition is still alive and there are many places in the Mideast where people still paint their doorways to ward off evil spirits.

“Centuries ago, it was commonly believed that satanic spirits hovered about nurseries waiting for a chance to enter the bodies of young children. It was also believed that these evil spirits could be repelled by the color blue, the color of the heavens.” (Smith, Douglas B.. Ever Wonder Why?)

To many of us it may seem odd that newborn girls were not dressed in blue too, but back then, baby boys were more precious than baby girls. Parents considered girls to be inferior and it was assumed that evil spirits would not bother with them. Ancient people could dress baby girls in any color, but small boys must be dressed in blue so they could be protected from these harmful evil powers.

Blue Color Is Still Believed To Protect From Evil Powers

Today, there are still many people who fear the Evil Eye, a harmful power that comes from emotions such as envy or greed.

In many countries one can easily buy various amulets that shield its bearer from the curse of the Evil Eye. One of the most famous symbols protecting against the Evil Eye is called Hamsa, a universal symbol is that especially popular among Jews and Muslims. 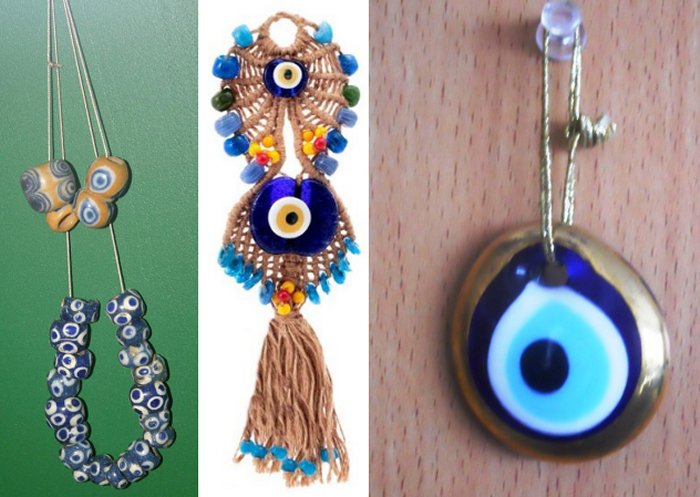 Nazar amulets that also offer protection against the Evil Eye are especially popular in Turkey, but they can be found in other countries as well.

The blue color in these protective amulets is still of special importance because it is widely regarded to ward off evil powers.

Smith, Douglas B. - Ever Wonder Why?