Ellen Lloyd - AncientPages.com - The beautiful ancient Chinese legend about the four dragons that disobeyed the Jade Emperor describes how four rivers in the country came into existence.

The four dragons were very unhappy with the Jade Emperor, the supreme ruler of Heaven in Chinese mythology and decided to do what they considered was right for the people. The result of their actions led to that China was provided with water. The dragons simply showed unselfish concern for themselves to save the people they loved. 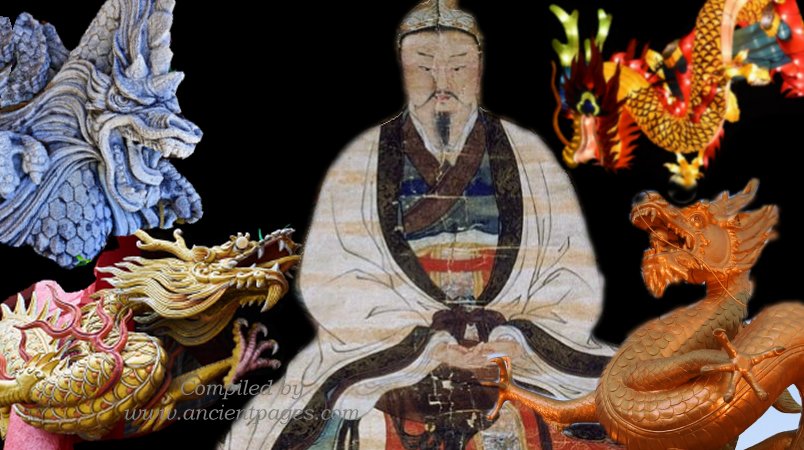 As the ancient legend goes, the event happened a very long time ago when there was no water in the country. People were starving and a great drought had spread across the land. The four dragons known as Long Dragon, the Yellow Dragon, the Black Dragon, and the Pearl Dragon watched with horror how people and animals were dying.

The dragons left their sea and visited the Jade Emperor in his heavenly abode. They told him about what was happening on Earth and asked him to help people, animals and plants to survive.

The Jade Emperor agreed and promised to send rain but being very busy he forgot and broke his promise.

Legend Of The Eight Immortals Who Know The Secrets Of Nature

The four dragons were frustrated when they noticed ten days had passed without rain. People were dying of starvation, but the Jade Emperor neglected the situation on Earth. So, the four dragons decided they couldn’t stand by and watch this misery any longer, and they used their giant bodies to capture great masses of water from the sea, taking it upon themselves to bring the rain.

People were relived and prayed to the Jade Emperor thanking him for the rain that had saved their lives. The Sea God on the other hand, was not happy that his so much of his water had vanished, and he went to the Jade Emperor and complained. He made it very clear the four dragons had provided humans with water. 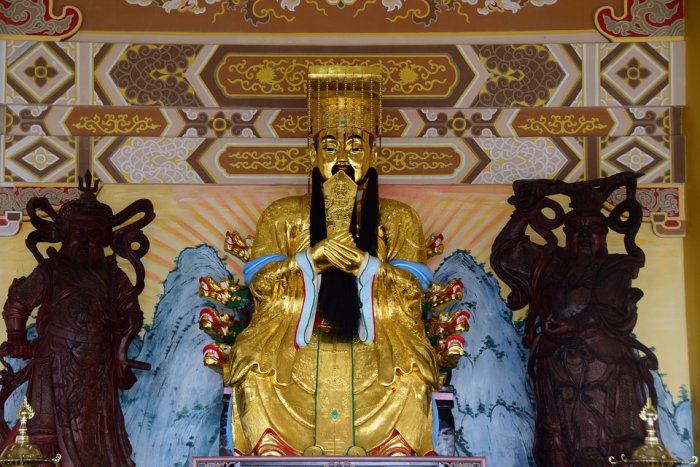 The Jade Emperor was angry when he learned that the four dragons had disobeyed him and punished them for their insubordination.

Each time a dragon was trapped, a new river sprung from the mountain. The Yellow dragon created the Yellow River, the Long Dragon the Yangtze River, the Black dragon the Black River and the Pearl dragon was responsible for the creation of the Pearl River. The four rivers flowed from west to east and north to south, and the four dragons were happy knowing people of China would never lack water again.

As previously discussed in Ancient Pages, we encounter dragons in almost every ancient culture of the world. Dragons played an important role in the beliefs of our ancestors and these creatures were depicted in a variety of ways.

In China, the dragon is one of the most beloved creatures of all time. There are many beautiful Chinese myths, like this one describing how magnificent dragons helped humanity to survive. The Chinese dragon is believed to be a benign creature that is said to bring wisdom, power and luck.

The dragons are famous for their goodness, ward off evil, protect the innocent and bring safety to all.