Ellen Lloyd - AncientPages.com - There is no doubt that Irminsul was a sacred symbol of the Saxons, an ancient Germanic tribe that occupied the region of modern Schleswig and along the Baltic coast.

According to the oldest accounts, Irminsul was a tree trunk erected in the open air. Could the worship of Irminsul be related to Yggdrasil, the Norse tree of life? What was the connection between the Saxon God Irmin, the Norse God Odin, and Irminsul?

Historians are still struggling to find an answer to these questions. Unraveling the mystery of Irminsul is difficult because the site where the tree was located no longer exists.

Charlemagne (742 - 814), whose kingdom stretched to the territories today, including France, Germany, Benelux, part of Italy, and Switzerland, was a fierce enemy of Pagan worshippers.

Charlemagne, who was called by his contemporaries the ‘Father of Europe’ has gone to the history books as a talented diplomat and able administrator of the vast European kingdom he controlled. He was a true enemy of pagan worshippers. He spread Christianity into the Northern part of Europe by forcing Catholicism on the conquered people and slaughtering those who refused to convert. 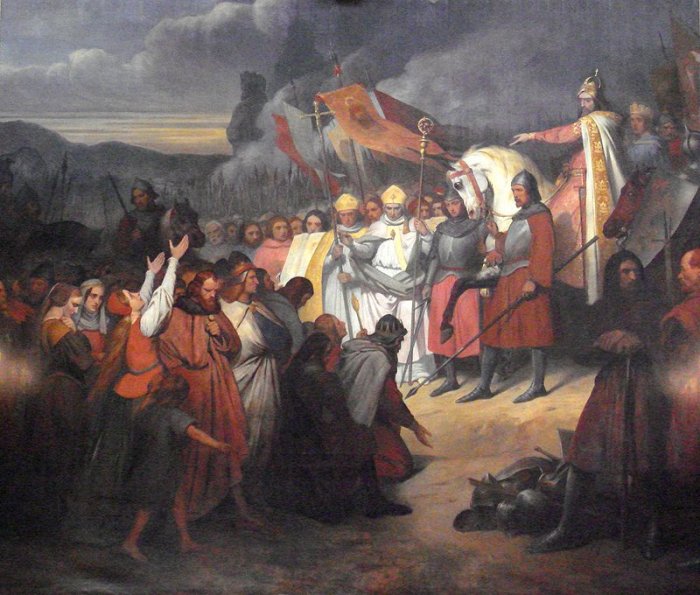 He conquered Saxony in the 8th century, and according to the Royal Frankish Annals, Charlemagne ordered the destruction of Irminsul, the chief seat of their religion.

The location of Irminsul is still a debated topic,  but it appears as if this sacred place was located in the vicinity of Heresburg (now Obermarsberg), Germany.

The ancient history of the Saxons shows that Obermarsberg was very important and a place where many significant battles were fought.

"The destruction of Irminsul by Charlemagne" (1882) by Heinrich Leutemann. Credit: Public Domain

Situated on an Iron Age hillfort and refuge castle, Obermarsberg was a stronghold during the Saxons Wars (1073-75). When Charlemagne and his troops clashed with the Saxons, they had difficulties defeating the pagans and converting them to Christianity. When Charlemagne finally conquered the territory, Imrminsul ceased to exist and was replaced by a stone structure, possibly a tower.

Based on what is known, Irminsul was a pagan sacrifice site. Looking through the eyes of ancient Germanic people, the tree or sacred pillar was the center of the world. The Saxons’understanding of the Irminsul reflects in some ways the Norse Yggdrasil, which, as mentioned earlier in our article, is an eternal and sacred Ash tree with branches that stretch out to harbor nine worlds. It has three roots, and each one reaches a different mysterious world. 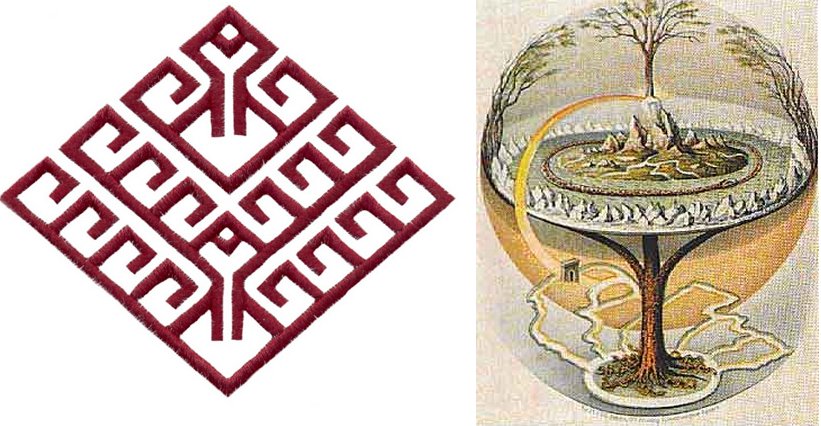 Left: Yggdrasil symbol - Right: An 1847 depiction of the Norse Yggdrasil as described in the Icelandic Prose Edda. By Oluf Olufsen Bagge

Irminsul received its name from the Germanic god Irmin, which means “great, strong, tall.” Many scholars doubt the existence of the Saxon God Irmin and say there is no evidence supporting the theory a god with that name ever existed.

The lack of literary, linguistic, and onomastic sources mentioning Irmin makes the Saxon god very difficult to trace. On the other hand, why would Saxons name their sacred site Irmin if they had no knowledge of a god with that name?

Our understanding and knowledge of Irminsul and the god Irmin are extremely limited. Could the answer to our questions be found in Norse mythology? 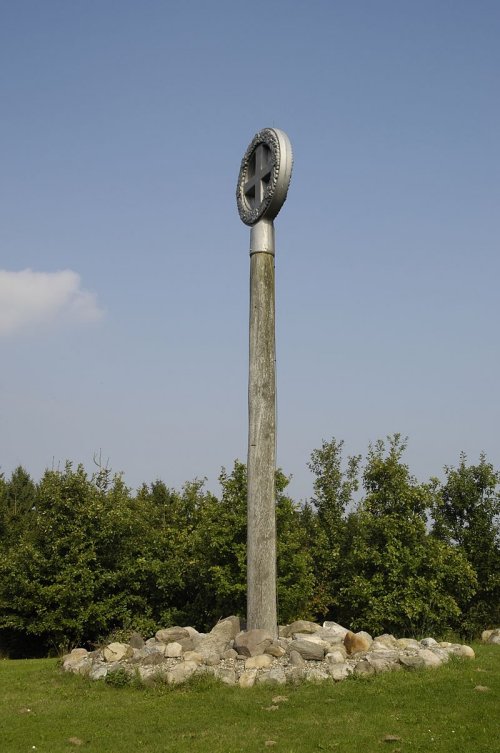 Scholars suggest that Irmin represents an epithet of an earlier god such as, for example, Tyr or Odin (Wodan).

As explained earlier on Ancient Pages, at one time in the distant past god Tyr might have been the leader of the Norse pantheon, and his role was even more important than Odin.

It was before Odin had become the undisputed chief of the gods. Later, his great role as the chief god was significantly diminished.

The word Irmin can be traced to Old Norse because it means Jörmunr, just like Yggr was one of the names of Odin.

The Norse god Odin always sought wisdom, even at great personal cost. In his quest for wisdom, Odin sacrificed his eye in exchange for a drink from Mimir’s well, and he also hanged himself voluntarily on Yggdrasil tree, without bread and drink, until he died.

Since so little is known about God Irmin, it is very possible the sacred pillar Irminsul is somehow linked to Yggdrasil and God Odin.

Some scholars have tried to find a connection between Irminsul and the towering pillars of Externsteine located in the Teutoburg Forest north of the Rhine in Germany.

However, archaeological excavations conducted in Externsteine have not provided scholars with any reason to assume there was a pagan link between these two ancient sites.

Ancient myths and legends show our ancestors held trees sacred, and the Saxons were no exception.

The ancients observed their dying and rebirth and knew that symbolically a tree’s crown reached heaven and its roots touched the underworld. In a way, a tree was a link between the earthly and supernatural world.

Our knowledge about Irminsul remains incomplete due to the lack of proper ancient sources and archaeological records that could shed more light on the sacred pillar of the Saxon people.