One of them is an intriguing "kneeling moai or simply "Tukuturi" figure that was discovered on Easter Island by archaeologist Thor Heyerdahl's team in 1955.

The place of this most unusual discovery was the Rano Raraku quarry. Curiously, no other statues accompany this statue, which remains an unusual moai. 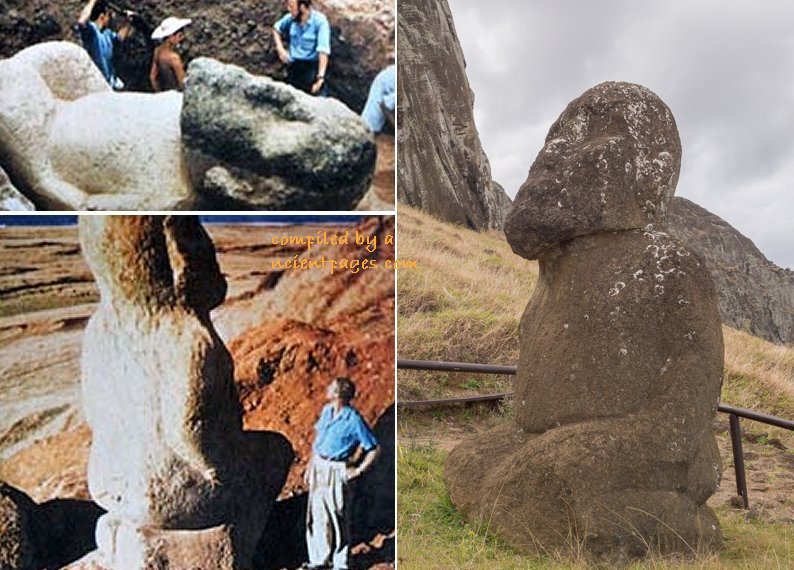 The statue of “Tukuturi” is also known as ‘tuku turi or simply ‘tuku’; it differs much from many other moai on Easter Island.

Why is the figure's location away from other sculptures? This figure differs much from other traditional statues on the island.

Unlike the other stone colossi, Tukuturi's facial characteristics are rounded, much more human-like when compared to the traditional, straight rectangular heads of the other moai.

If you look from the side, you could even see that this being has a small beard. But that's not all. The figure has also well-defined legs and it is kneeling with its hands resting on the knees.

Was Tukuturi A Famous Figure Or Just A Chorus Singer?

One legend says that this is a depiction of a famous moai sculpture erected to watch over future generations of the island's craftsmen. 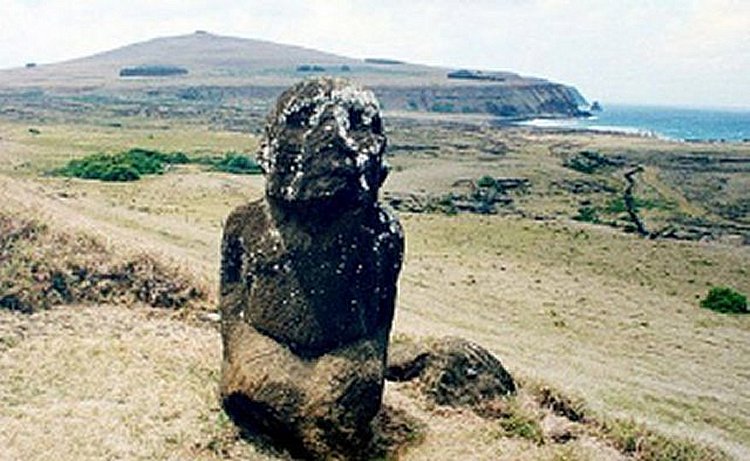 The only kneeling Moai at Easter Island. Photographed by Brocken Inaglory in November of 1998. Image via wikipedia

According to an ancient tradition, the posture of the mysterious “Tukuturi” was used by the men and women who formed the chorus in the festivals called riu, where the posture was known as’ tuku riu’.

Typical also of the singers was the slightly backward inclination of the trunk, the raised head, and the goatee (a style of facial hair incorporating hair on a man's chin but not his cheeks), all these features can be observed in this statue.

Tukuturi is made of red scoria from Puna Pau located on the outskirts of Hanga Roa in the south west of Easter Island. Puna Pau is the only source of red scoria that was used to carve the pukao (topknots) that they put on the heads of some of their famous moai figures.

However, Tukuturi sits at Rano Raraku, the tuff quarry and it is believed this statue is probably one of the last moai ever made.

Were Traditional Moai Created Before Tukuturi Or Was He, Their Predecessor?

It is not easy to answer this question and no one knows for sure but some researchers argue that Tukuturi may belong to a later period. 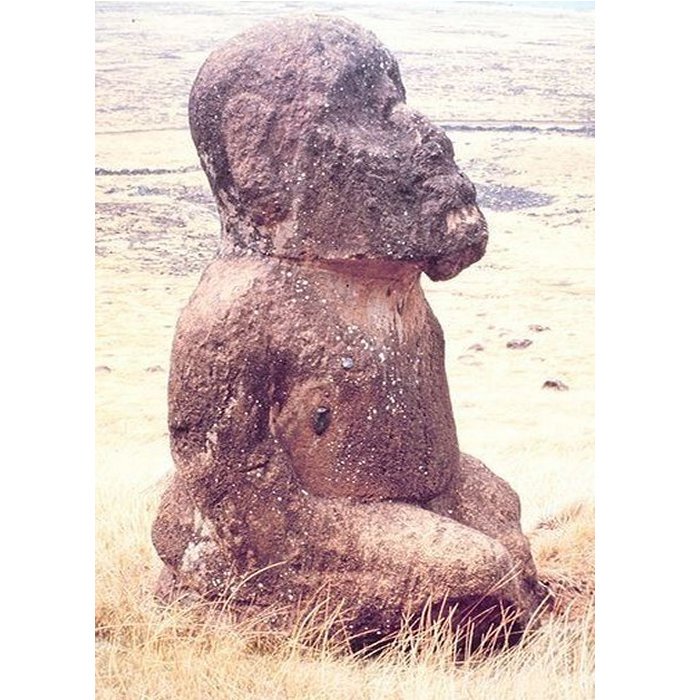 Still, the most common idea is that it was one of the first sculptures to be made - an early precursor of the traditional moai. However, it wasn't transported but left in the quarry because it was either damaged or never intended to be erected on a platform.

Perhaps we have to ask whether the mysterious kneeling Tukuturi really is "moai" figure, in the first place.

Is this the position of someone who will be sacrificed? 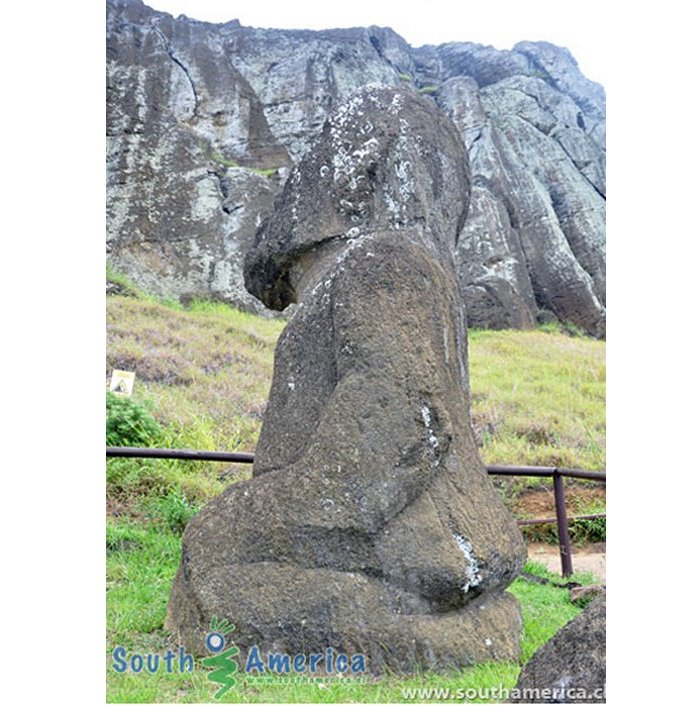 Among many theories, there is one suggesting that Tukuturi moai is connected to the Tangata manu cult of Easter Island, a traditional competition on Rapa Nui, which would make Tukuturi one of the last moai on the island to have been created.

Tukuturi remains an unsolved mystery because there are no satisfactory answers to some crucial questions regarding this curious figure.

Why is the figure's location away from other sculptures?

Why is Tukuturi kneeling? Why wasn’t  the statue created out of  the same material like other statues on the Easter Island? 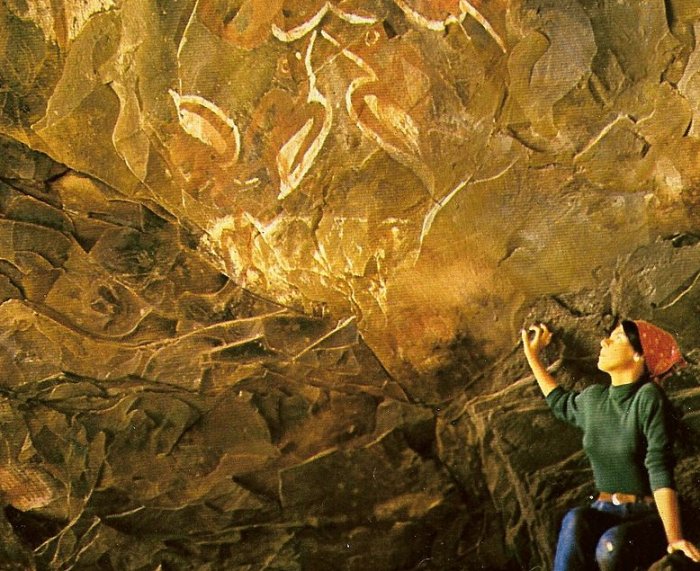 Father Sebastian Englert (1888 – 1969), a Capuchin Franciscan friar, Roman Catholic priest, missionary, linguist and ethnologist from Germany. He is known for his pioneering work on Easter Island.

He said that "masters who had built the beautiful Inca walls of the first period, were not also the creator of the mighty half figures who has made Easter Island so famous.

They created a series of simpler statues [like Tukuturi] with a rounded head and staring eyes, sometimes red tuff and sometimes of black basalt, but also already used the yellow-gray volcanic rock, which was so popular in the next period..." ("Aku-.Aku, T. Heyerdahl).