David Tee - AncientPages.com - Was Moll Cutpurse a product of the ages? Many historians cannot seem to find what made Moll Frith leave her upstanding ways and family for a life of crime. They say that there is no hint of criminal influence found in her family tree.

But criminal influence does not necessarily come from family influence. Sometimes it comes from the culture of the time period one is born into. In the case of Moll Frith, that may just be the influence to explain her change in life. 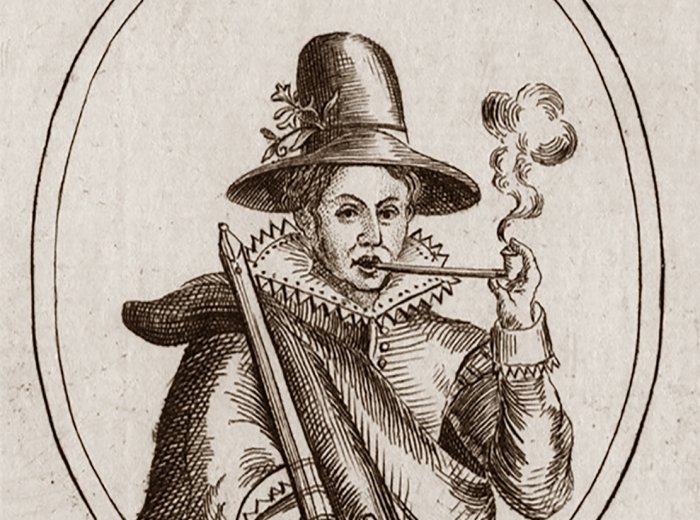 Born in approx. 1580 to 84, Ms. Frith grew up in the culture of Queen  Elizabeth I, a woman not known to be ladylike or dressing like a lady. Elizabeth I’s example had many women doing things that were beyond the boundaries of what constitutes a feminine behavior.

When King James I took over for Elizabeth I, it was hoped he would restore some sanity to the kingdom. Unfortunately, he did not and Moll Frith exploited that failure. Ms. Frith was a “smoking, cursing, thieving, braggart who spoke and dressed like a man.” She was a real Roaring Girl, a nickname that stuck.

While her parents denied her little, Mill Frith could not take to learning and the money her parents spent on tutors was well wasted.  When she reached the age of 16 Moll Frith decided that a life of crime and imitating men was her calling. She committed her first real crime.

She was always a wild child and maybe her mannish looks had something to do with her life choice but whatever it was, no one could tame her. Her uncle even tried to send her to America for a second chance, but she leapt from the boat and swam back to shore before the ship left the dock.

A New Name And New Crimes

It seems that Moll Frith did not work alone. She had an accomplice that would distract victims while she cut their purse strings to steal their purses. This method of theft earned her the nickname Moll Cutpurse.

Her life of crime only became worse even though she was punished 4 times with the burning of her hand. She also went to prison on many occasions but neither punishment stemmed her love for the illegal side of life.

Did Richard The Lionheart Order Assassins To Kill Conrad Of Montferrat, King Of Jerusalem?

As her criminal experience grew, she became a fence for other thieves. It was probably safer employment than being an actual thief. She also expanded her criminal activities to include pimping out women.

Though those duties of pimp were not restricted to just finding young girls for men. She also found young men for married ladies. Other lesser crimes Moll Frith committed were dressing like a man and smoking a man’s pipe.

Fame And Fortune Do Not Elude The Roaring Girl

How she met up with John Day the playwright is not known but Mr. Day had the reputation of walking on the other side of the law from time to time. Moll Frith appeared in two of his plays but only one exists today.

From here, Ms. Frith was able to get her own entertainment show. Unfortunately for Moll Frith, she was arrested for cross dressing as she appeared in her show dressed like a man. Her penance was to wear a white sheet while everyone listened to a sermon inspired by her criminal activities. 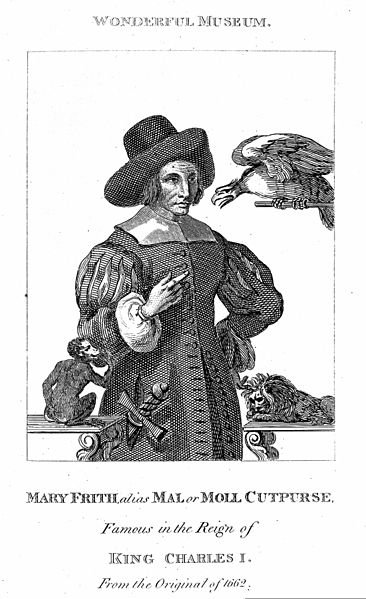 These appearances helped Moll Frith become quite famous. The money she made helped her become what was called a pawnbroker. Her real duties though were to fence stolen items. Because she was well-known many victims came to her and asked her to find their stolen property and return it with no questions asked.

This was all done for a fee of course. One bad turn of events is that a police officer pretended to be a victim and as soon as she handed over the stolen merchandise, she was arrested again. Her pickpocket friends saved her from prison by stealing the watch again removing any evidence of her crime.

Becoming famous meant that Moll Frith was the main character of different legends including escaping the hangman’s noose by paying a 2,000 Pound bribe. She died quietly in bed at the age of 74.