A. Sutherland - AncientPages.com - There is a mysterious ancient city of Djado located in the southern border of the Djado plateau, in northeastern Niger. Once there were several cities on this plateau but today the area is largely uninhabited.

The ruins of abandoned cities and forts and a beautiful cave art are still there.

On the other hand, archaeologists estimate that Djado was built approximately 800-1,000 ago and it was probably an oasis and important station on the dangerous route across the Sahara Desert.

Mystery Of The Ancient Foggaras: Sahara’s Incredible Masterwork Of Antiquity

Prehistory and even more modern history of this region are little known.

Region of Niger and this part of Sahara has revealed considerable archaeological evidence that about 60,000 years ago, humans inhabited what has since become the desolate Sahara Desert of northern Niger. 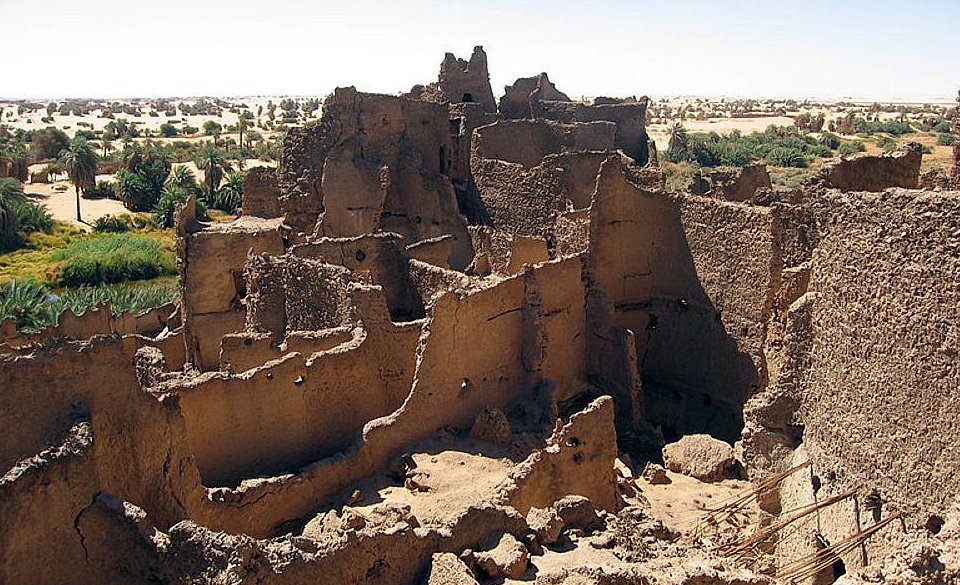 From at least 7,000 BC, inhabitants of these huge fertile grasslands were busy with the raising of livestock, herding of sheep and goats, and left large settlements and pottery. Approximately from 4,000 to 3,500 BC, cattle were introduced to the region.

Rock art in form of carvings and paintings of mostly animals and vegetation and dated 3,500 to 2,500 BC, was found in the Aïr Mountains in northeastern Niger, not far from the city of Djado.