A. Sutherland - AncientPages.com - Evidence of the engineering marvel of Indian architecture can be clearly seen in the country's temples.

However, it is not only about the work of ancient engineers of India. It is worth mentioning that Hindu cosmology shapes the temples’ form because "it recreates the universe and every person’s struggle, occurring over multiple lifetimes, to cast aside illusion in order to realize divine truth and oneness with an infinite god."  1 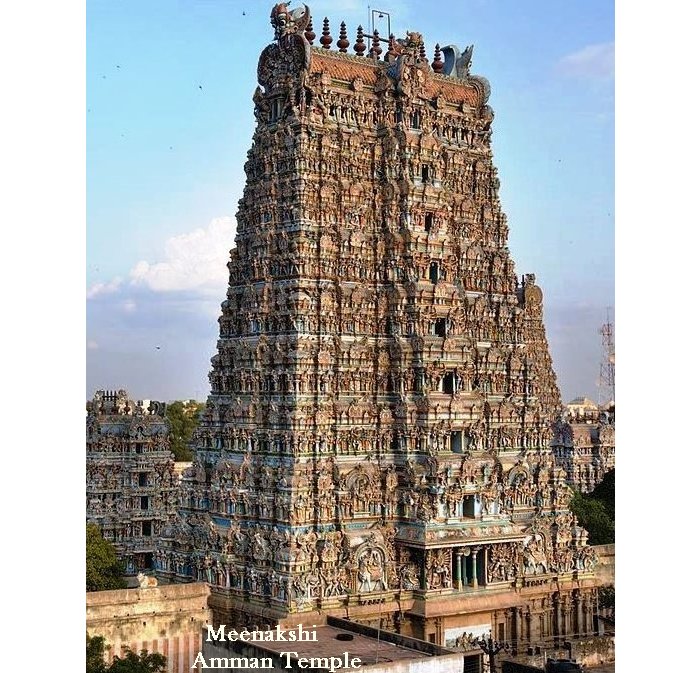 This temple is dedicated to the goddess Meenakshi who is the incarnation of the Hindu goddess Parvati.

Temples were built to house a sacred symbol of a particular god.

This structure is the mountain residence of the gods because according to  Hindu cosmology, the gods have always been associated with mountains. 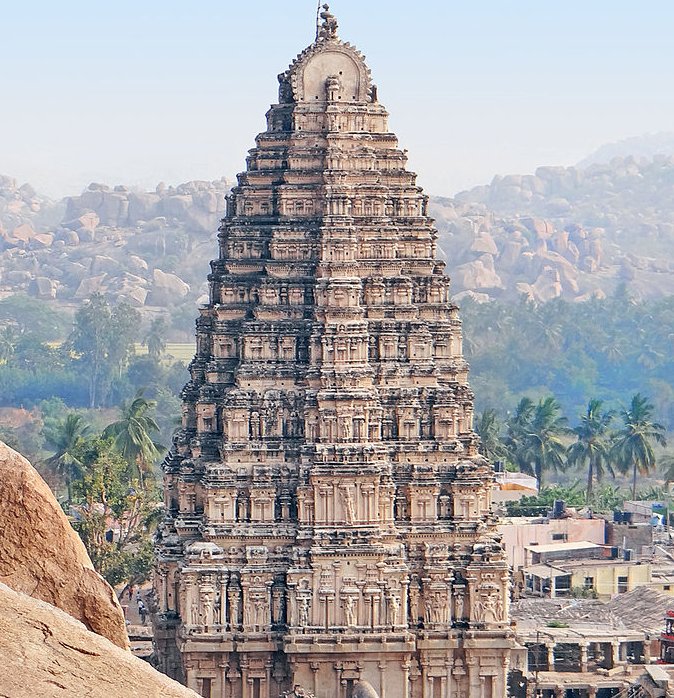 Virupaksha, a 7th century Hindu temple, is located in Hampi 350 km from Bangalore, in the state of Karnataka in southern India. source

Several temples of India have impressive, soaring towers ‘Gopuram' (or ‘Gopura’), usually ornate, at the entrance of any temple, especially in Southern India. Gopurams are the dominant architectural feature of a temple's outer appearance, sometimes soaring as high as 170 feet and completely overshadowing the main shrine and other structures of the temple, due to their colossal size.

The Early Cholas always built the vimana (tower) of the core temple sanctuary as the highest structure in the temple complex. Later, the Medieval Cholas began to build the gopurams even taller than the central sanctuary’s vimana towers.

This building style was continued and widely used by later Hindu dynasties. 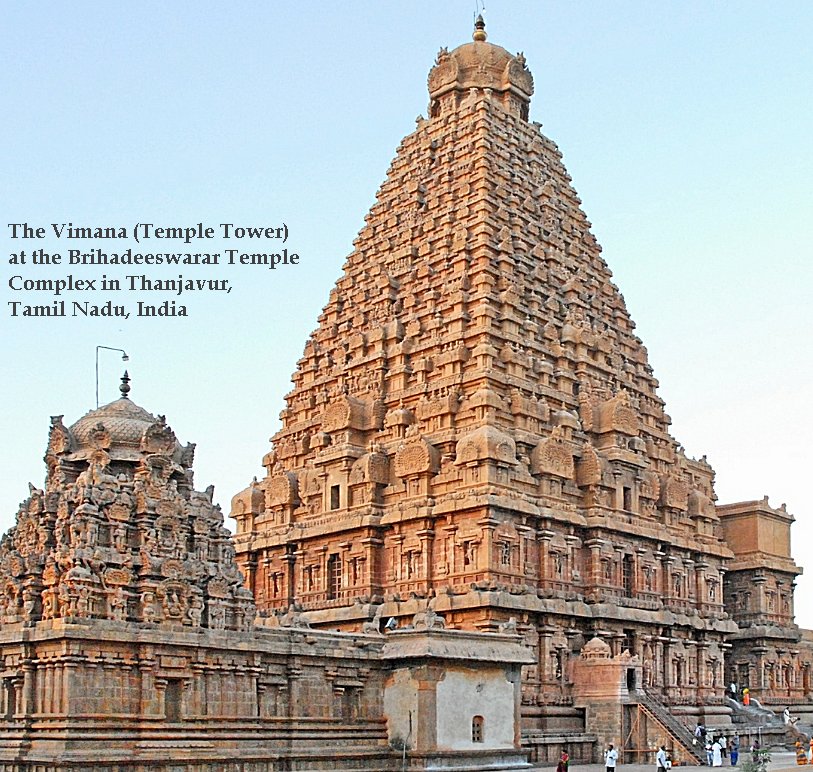 In the Dravidian (or South Indian style), “the sanctuary and the superstructure together are called the vimana,” writes Thapar Bindia in his ‘Introduction to Indian Architecture". In architecture texts regarding this style, the vimana is described as a mountain-like spire of a free-standing temple.

“The most distinctive feature of the Dravidian style is the articulation of the vimana, a composite of the garbha griha and superstructure or spire (shikhara) which is a trapezoidal structure, starting on a square base, and soaring up in a series of well-articulated stories called tala…”

(‘Shikhara’ means a dome-shaped crowning cap is located above the Vimana, while a Vimana resembles a stepped pyramid that rises up geometrically.

The towers symbolize power and connection between the human world on earth and the abode of gods and goddesses in the high heavens.