A. Sutherland - AncientPages.com - The Tabula Peutingeriana is a huge, six meters long parchment scroll that depicts the road network of the Roman Empire. It is an ancient, illustrated Roman road map and the only Roman world map that survived from antiquity.

The Tabula Peutingeriana has been used since at least the 18th century as a primary source for geography of the Roman Empire. 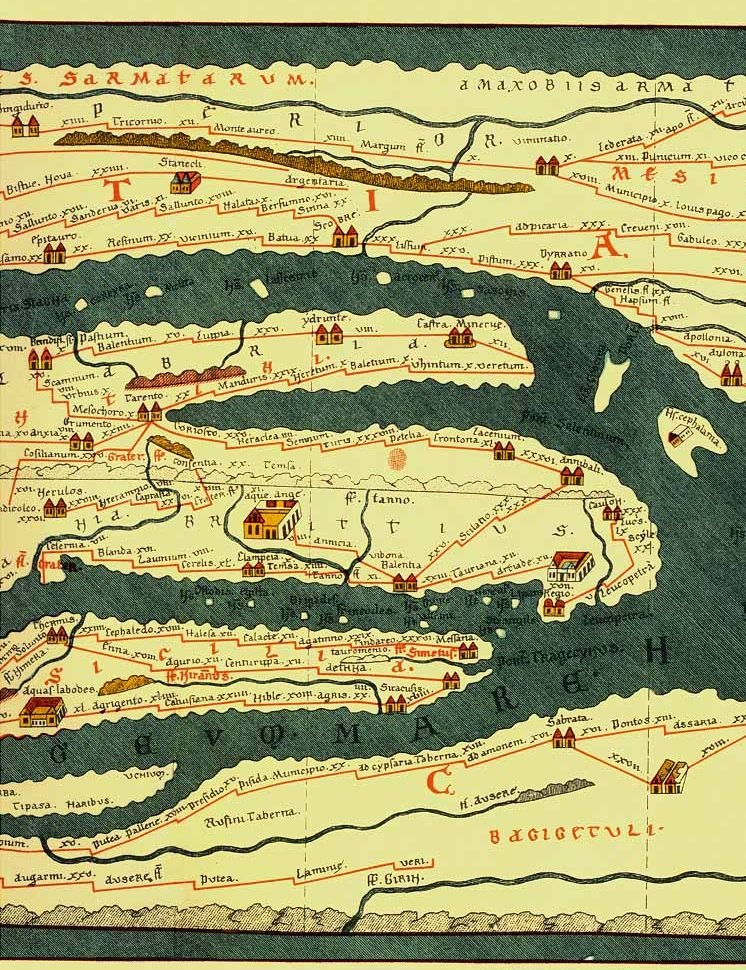 The map also known as “Peutinger Map” is a priceless artifact that has been dated to the twelfth or thirteenth century, but historians are convinced this is a copy of a much older original.  The unknown cartographer used older sources, which date back to the first century.

A unique copy of the map is currently preserved at the National Library in Vienna. The map was discovered in a library in Worms by Conrad Celtes, who was unable to publish his find before his death and donated the map in 1508 to Konrad Peutinger, a German 15–16th-century humanist and antiquarian, after whom it is named.

It was passed around royal and elite families until it was bought by Prince Eugene of Savoy, and upon his death it was purchased by Vienna’s Austrian National Library where it has been kept since 1737.

According to one theory, the existing Tabula Peutingeriana is based on a document dated to the 4th or 5th century that contained a copy of the world map originally prepared by Marcus Vipsanius Agrippa, a Roman general, architect, and friend of Emperor Augustus (27 BC – AD 14). 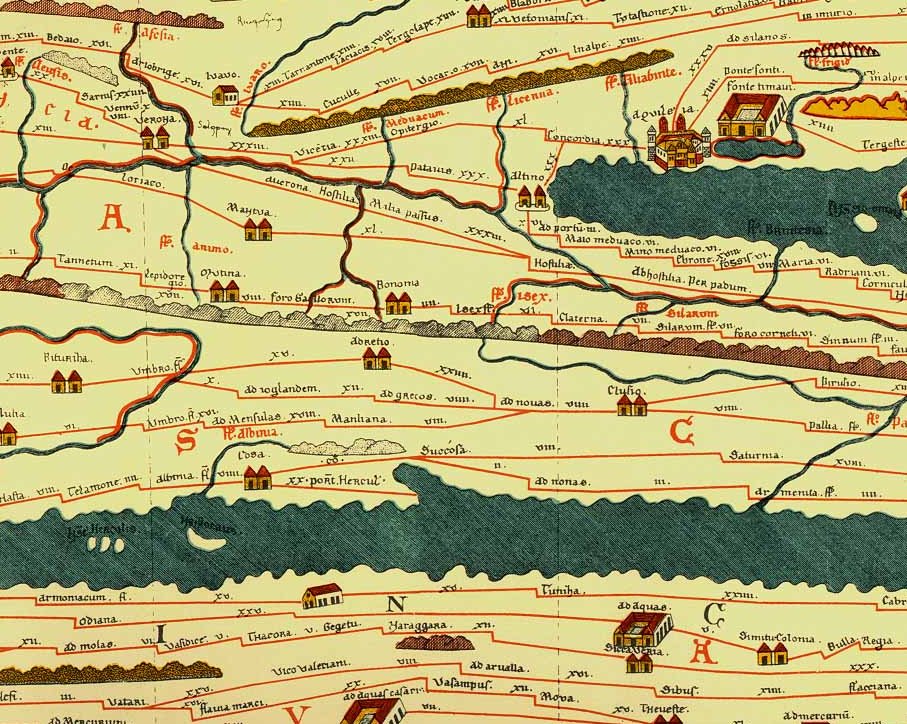 After Agrippa's death in 12 BC, that map was engraved in marble and placed in the Porticus Vipsania in the Campus Agrippae area in Rome, close to the Ara Pacis building.

However, Emily Albu, Professor Emerita of Classics University of Virginia, has suggested that the existing map could instead be based on an original from the Carolingian period that occurred from the late 8th century to the 9th century

Tabula Peutingeriana covers Europe (without the Iberian Peninsula and the British Isles), North Africa, and parts of Asia, including the Middle East, Persia, and India and the Ganges River, Sri Lanka (Insula Taprobane), even an indication of China.

The map also shows many Roman settlements, the roads connecting them, rivers, mountains, forests and seas. Three most important cities of the Roman Empire, Rome, Constantinople and Antioch, are represented with special iconic decoration.

The distances between the settlements showed on the map are also given and marked in Roman numerals indicating the miles or Gallic league (an ancient measurement, the original of the Old English mile).

Today this unique map is in very fragile condition. It was displayed to the public for a single day on November 26, 2007.

The full map with all details is shown - here.

History of Information - The Tabula Peutingeriana: the only Roman World Map that Survived from Antiquity