A. Sutherland - AncientPages.com - Triskelion is a mysterious ancient symbol that has never been explained.

It has been found in a Christian context, Buddhist, Islamic and Jewish. Triskelion (or triskele), in Greek: "tripod", "three-legged") is an ancient sign composed of three identical elements and forming a triple spiral displaying rotational symmetry.

"At the moment Hephaestus was busily

Turning from bellows to bellows, sweating with toil

As he laboured to finish a score of three-legged tables

To stand around the sides of his firm-founded hall…” 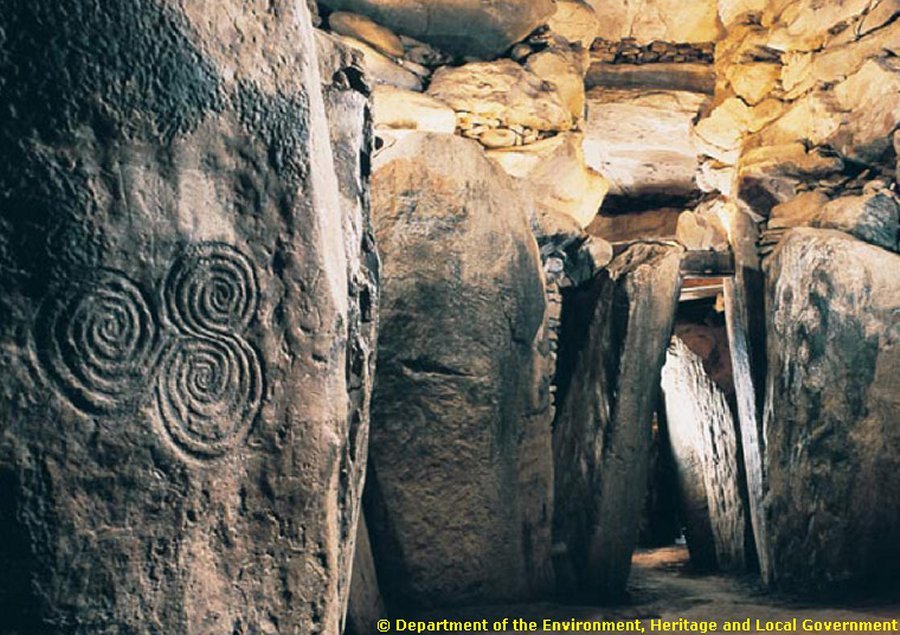 Triskelion displays only one shape repeated three times to form a wheel-like pattern. Traditionally, the sign represents three bent human legs (in Greek meaning – tripod), but it does not necessarily have to be formed in that way.

It can be formed of three fishes, three intertwining spirals, or three teardrops, for example.

Triskelion has already appeared in Neolithic art. The oldest preserved find of this traditional symbol that was discovered in Malta dates from 4400-3600 BC.

It is said the triskelion is an ancient symbol, used by the Mycenaeans and the Lycians.

Triskelion Found All Over Europe

Depictions of triskelion have been discovered across the European continent, in Ireland, Greece, Brittany, Lithuania, and other places. In Sicily and the Isle of Man, triskelion is depicted in form of three legs. 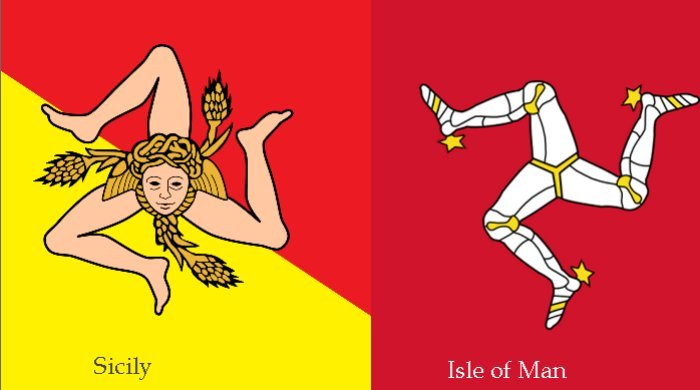 Left: The flag of Sicily contains the triskelion in the middle and the winged head of Medusa with three wheat ears which symbolizes the fertile land. (Adopted  in 1282, after the successful Sicilian Vespers revolt against King Charles I of Sicily.) The present design of the flag was officially approved in January 2000. Image credit: Angelo Romano/Wikipedia; Right: Flag of the Isle of Mann, adopted in 1932, has the triskelion centered as a whole rather than based upon the imaginary circle created by the prongs of each leg.  Image credit: Fry1989/Wikipedia

People left the sign of triskelion in the astronomical calendar at the megalithic tomb of Newgrange, Ireland dated back to 3200 BC, as well as on Mycenaean vessels, on coinage in Lycia, and Greek pottery depicting warriors.

In Ireland’s Celtic tradition, the three-element vortex is derived from Old-Celtic inscriptions, it can be found and on ancient stones and other objects across the country.

At the time when Christianity appeared in Ireland, this symbol was taken over as a graphic sign of the Holy Trinity (Father, Son, and Holy Spirit).

The symbol is also included in the coat of arms of the Bavarian town of Füssen, Germany.

These two ancient traditions have used the symbol in many different forms in carvings and art and for a very long time.

It is comprised of one shape repeated three times to produce a wheel-like pattern.

The three hares (or three rabbits) chasing each other in a circle, is a circular motif that is also based on a threefold rotational symmetry.

This fascinating version of triskelion is seen in historical synagogues in Europe and sacred sites in the Middle and the Far East.

The hare triskelion in particular is still the source of many guesses. The earliest known examples of this design have been discovered in Buddhist cave temples of China in the period of time 581-618 AD. Later, the design spread along the crowded and famous Silk Road, and finally reached the Middle East and several European countries.

Triskelion In Ancient Tradition Of Asia

The symbol was found in ornate metallic carvings, ceramic, glass objects, and even in textiles.

Traditional Asian versions of the triskelion include the Japanese Mitsudomoe, the Tibetan Buddhist Gankyil, and the Korean Sam Taegeuk. 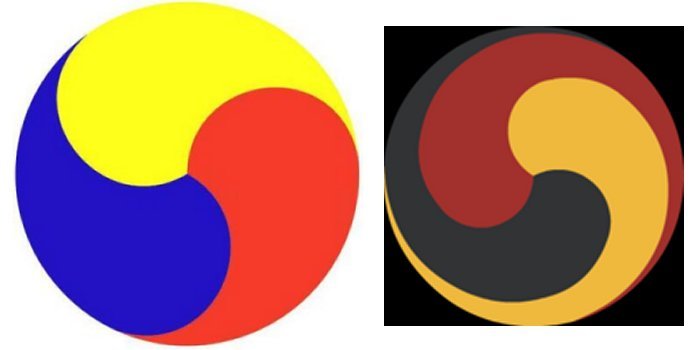 The tomoe - emblem history in Japan - was also found among the Ainu people and it is similar to the western Asian figure of the triskelion.

A triskelion pattern is depicted on the seal of the United States Department of Transportation. It was adopted on February 1, 1967. The three comma shapes represent air, land, and sea transportation.

In a British fantasy-adventure drama television program, Merlin (2008), the symbol was used as a symbol of druids.

Koch R. The Book of Signs