Conny Waters – AncientPages.com - Ancient Egyptians did not have any specific terms describing the meaning and purpose of marriage and divorce. According to ancient Egyptian texts, one could say that the founding of a household was considered marriage.

Marriage and divorce in ancient Egypt were considered important but did not require any legal documents that formalized the union. Later, at the beginning of the Third Intermediate Period, there was a need to sign documents dealing with financial arrangements and support obligations. 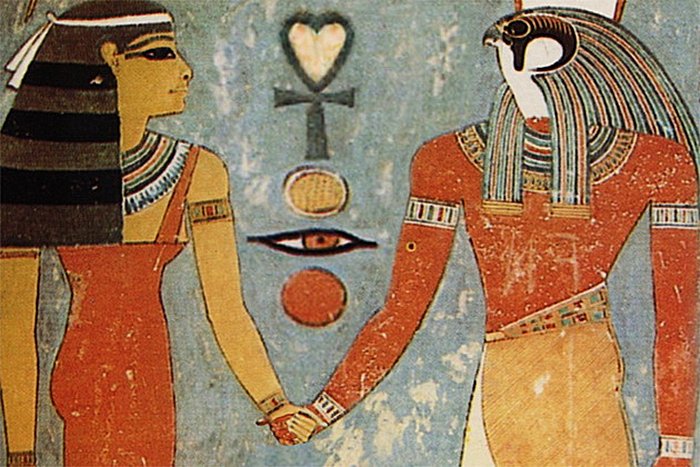 When a couple married there was no religious or official ceremony. Marriage was simple and established when two people lived together and started a family. In most cases, parents arranged marriage by agreeing on the bride’s price. When the woman entered the man’s house with the goods agreed upon, they were married.

As mentioned earlier on Ancient Pages, during the Fifth Dynasty (2,500 B.C. – 2,350 B.C), Egyptian Vizier Ptahhotep, occasionally known as Ptahhotep I, Ptahhotpe, or Ptah-Hotep wrote several instructions based on his wisdom and experiences.

Ptahhotep left advice to live your life and made clear a husband should love his wife. "Love your wife, feed her, clothe her, and make her happy...but don't let her gain the upper hand," Ptahhotep said.

Divorce happened when one of the spouses left the dwelling and their property was divided. As long as the man and woman lived together, they could use the goods as they pleased, but when they separated their belongings had to be divided. The husband received two-thirds and the wife one-third of the goods.

Divorce was not shameful and re-marriage was common. Adultery was a threat, but not because of unfaithfulness. The problem was the share of family property. Illegitimate children were considered just as important as legal children and they had inheritance rights. If there were no children, adoption was possible.

Brother-sister marriages were common in royal families, but this was discouraged among the rest of the population. Royal families were expected to preserve the bloodline, but ordinary people were encouraged to marry someone who was not part of their family. 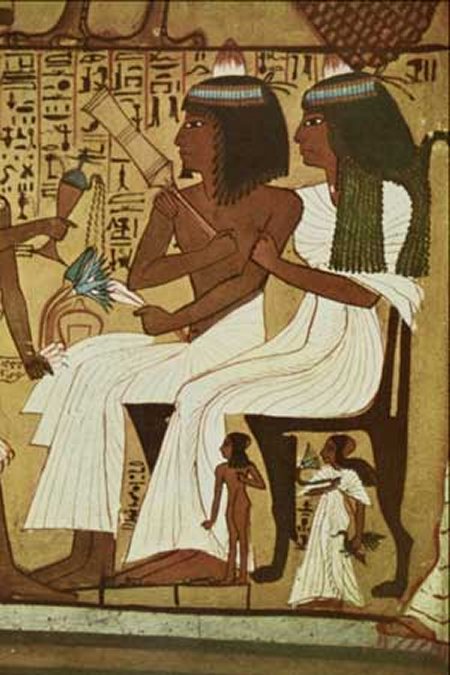 In ancient Egypt, a family unit was considered the basis for a stable society, and people were expected to live long together, so finding a suitable partner did not always involve love. A man did not have to love his wife, but he was content with having a good wife who worked, put food on the table, and raised their children. This was regarded as a good ancient Egyptian family.

Like in modern days, marriage was expected to last one's lifetime, but this was certainly not always the case.