Ellen Lloyd - AncientPages.com - Goddess Athena was beautiful, wise, and skilled in battles, but like many other deities, she could be full of envy and jealousy. Arachne should have known better than to insult and challenge the mighty Greek goddess Athena.

It was Arachne’s mistake, but she was young and inexperienced. Nevertheless, Athena ignored the girl’s young age and showed no mercy when she transformed Arachne into a spider. 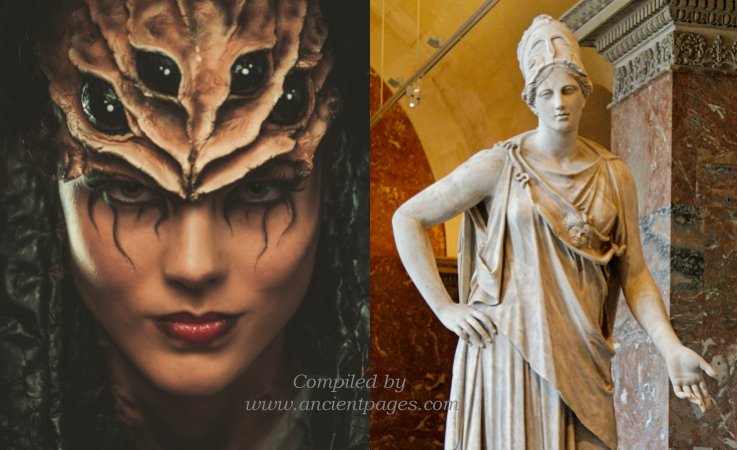 There are several versions of the ancient Greek myth and they differ slightly, but the main core of the story is the same, with the only exception that it’s unclear what happened just before Athena punished Arachne.

Arachne was from Lydia, an ancient kingdom in western Turkey. Being the daughter of Idmon of Colophon, who was a famous dyer in purple, Arachne showed great interest in weaving and she had a talent for it.

She wove the most beautiful things anyone had ever seen, and she boasted about her weaving skills. One day she said: “I, I am the greatest weaver in all the world. The greatest since the world began, no doubt. In fact, I can weave better than Athene herself.” 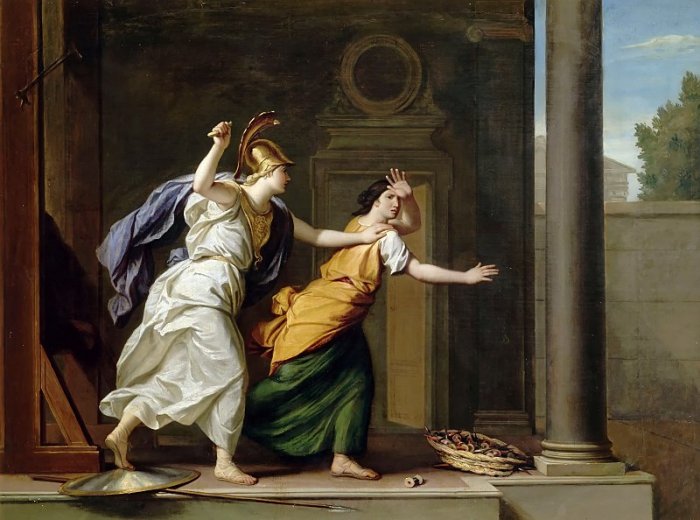 Minerva and Arachne, René-Antoine Houasse, 1706. Minerva was the Roman goddess of wisdom and strategic warfare. The Romans equated her with the Greek goddess Athena. Credit: Public Domain

When Athena heard this, she became furious. How did the girl Arachne, a mortal human have the nerve to compare and equal herself with a goddess?

Athena decided to visit the village where Arachne lived and talk to her. Arachne was sitting at spinning at home when she heard a knock on the door.

She opened it and gasped. Outside stood a beautiful, tall woman who could only have been a goddess, but she had no idea which one. Athena was blunt and said:

“Yes, miserable girl, I am Athene. I am the goddess you have mocked. Is there any reason I should not kill you?”

Arachne was terrified. She was lying on her knees crying unable to utter a word.

“Very well,” said Athene. “Prepare yourself for death. You have defied the gods and must die.”

Weaving Contest Between Arachne And Athena

Then Arachne stood up and said, “Before I die, great Athene, let me give you a present.” She went in and took a lovely cloak she had woven and gave it to her. And said: “Take this cloak. It must often get cold up high on Olympus. This will shield you from the wind. Please take it. I am sure you have nothing so fine.”

But goddess Athena was neither interested nor impressed with the gift.

She shook her head and said, “Poor child. You are being destroyed by your own worth. Your talent has poisoned you with pride like the sting of a scorpion. So that which makes beauty brings death. But it is a handsome cloak, and I appreciate the gift. I will give you one chance. You have boasted that you can spin and weave better than I, who invented the loom, the distaff and the spindle, and out of the fleece of the clouds wove the first counterpane for my father, Zeus, who likes to sleep warm, and dyed it with the colors of the sunset.

But you say you can weave better than I. Very well, you shall have a chance to prove it. And your own villagers shall judge.

Seven days from today, we shall meet. You will set your spindle in that meadow, and I shall be in my place, and we shall have a contest. You will weave what you will, and I shall do so too. Then we will show what we have done, and the people will judge.

If you win, I shall withdraw the punishment. If you lose, it is your life. Do you agree?” “Oh, yes,” said Arachne. “Thank you, dear goddess, for sparing my life.” “It is not yet spared,” said Athena.

How Arachne Became A Spider

When people heard about the weaving contest between Arachne and Athena they came from all over the country to watch.

Athena weaved four scenes that showed how gods and goddesses punished humans who considered themselves equal to the deities. Arachne, on the other hand, weaved scenes that depicted how gods abused humans. 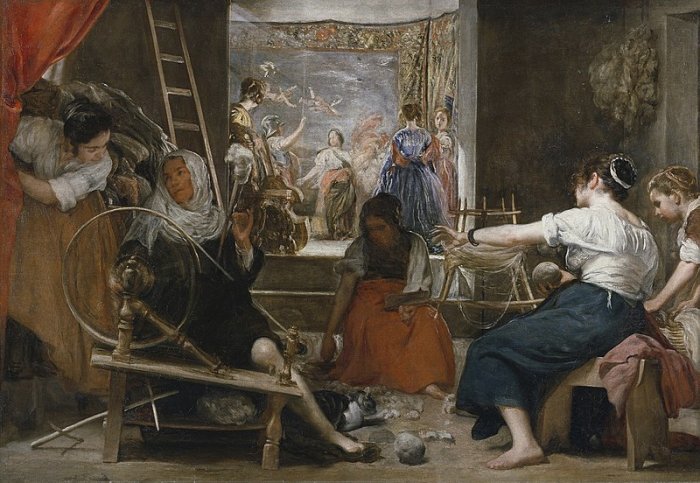 The Spinners, or, The Fable of Arachne (1644–48) by Velázquez. Credit: Public Domain

Who the winner of the contest depends on which version of the story you read. According to one version, Arachne won the contest because her work was more beautiful. Athena became furious and punished Arachne transforming her into a spider and condemning her to weave for eternity.

Another version of the story tells that Zeus was the judge and it was Athena who won the weaving contest. This made Arachne so depressed that she could no longer weave. Goddess Athena felt sorry for the young girl from Lydia and transformed her into a spider so that she could continue weaving for the rest of her life.

In Greek, “Arachne” means spider and according to author Evslin, Bernard the word was “adopted to describe in science the spider family which includes scorpions, mites, and ticks: arachnida (or arachnoidea). The adjective arachnoid means anything resembling a spider’s web.”

The myth of Arachne has been featured in many books and movies. If you are a Star Trek fan, you may recall an episode in which Captain Janeway played Arachne, queen of the spider people in a hologram created by Tom Paris.

Spiders appear frequently in myths and legends from different corners of the world. Another popular mythological creature is the Anansi spider who is a well-known trickster and spirit of knowledge in African mythology.

Evslin, Bernard. Heroes, Gods and Monsters of the Greek Myths